Eagleheart is recording the third album

After years of enormous work we are finally coming close to completion of our third album! Become a part of its creation and preorder the upcoming album right now! Thank you very much for your support in advance.

What is the new album like and what is our goal?

After more than five years of hard work we are finally coming close to completion of our third album! It was really hard work and we really need to hear how the new Eagleheart is going to sound like, what a huge step we have made since our second album Dreamtherapy. Musically, it's still metal music built mainly on guitars and melodies but the new songs are more sophisticated, dynamic intricate and alive. We've added a lot of interesting musical elements and moods which make the whole mixture much more tasty. On the top of that we have three main singers and you can hear all of them on the album. We have always followed our own way and this time we have been producing the album on our own because we know exactly how we want to sound like and we're gonna achieve it. Our goal is to make the album sound real and live and even if it is not that popular today, we don't want to realease just a compilation of songs but a real album you will fall in love with. We cannot wait until we can finally share the result with you!

How far are we with the recording process and why crowdfunding?

The recording session for drums started in Brno, CZ in June 2016 and then we continued with guitars and vocals in Slovakia at Grapow Studios with the assistance of Roland Grapow (ex-Helloween, Masterplan). Additional recordings are continuously taking place in our private studios where the the whole project is getting prepared for the final mix of the album which happen again in Sonidos studio in Brno. We hope to start the mixing session in April to be able to release the album during summer.

And why this campaign? Due to the fact that most of our financial resources have been spent on the actual recording, and considering the total cost of the whole project, we have decided to open this special e-shop to offer you some unique merchandise, make you participate in making of the album, and above all to offer you a chance to pre-order the album already. If we reach the target, the money will be used primarily for the mix and mastering, makng a music video, lyric videos and graphics. We have lots of plans and ideas!

P.S.: Prices for all perks include shipping.

Thank you so much for all your support! 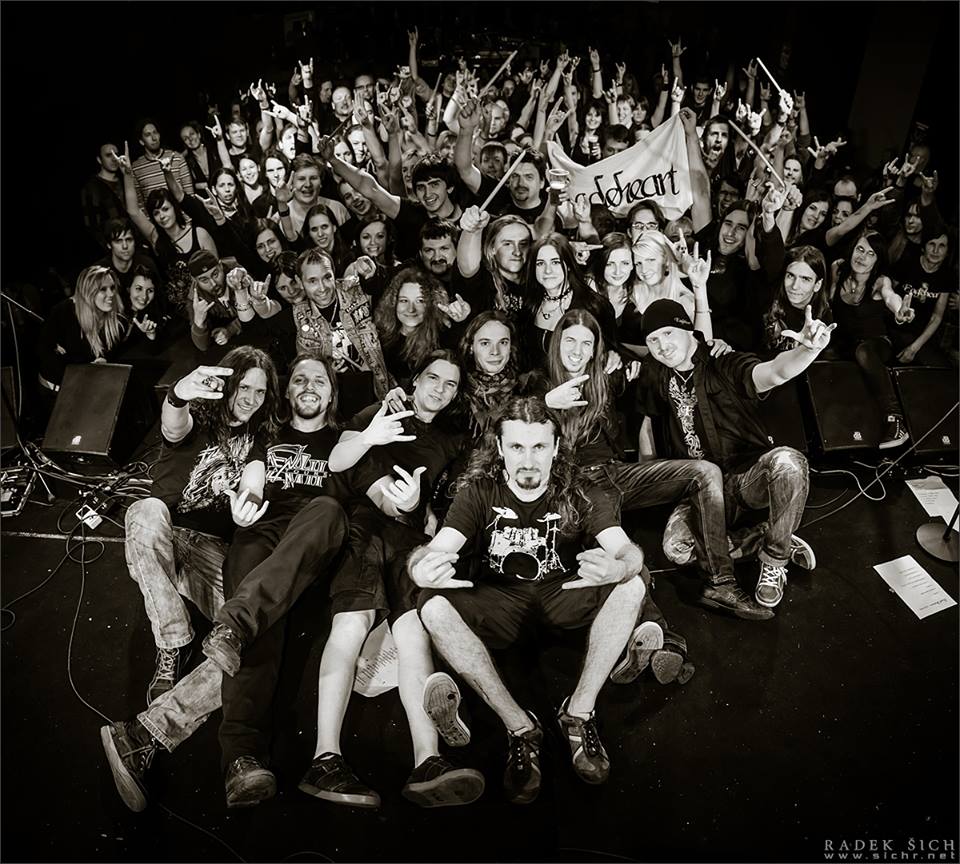 Eagleheart is a power metal band from Czech Republic that was founded in 2003. Since then the band has released one EP (Black Sun/2005), two studio albums (Moment Of Life/2008, Dreamtherapy/2011) and played over 200 gigs in the Czech Republic and abroad. The second album Dreamtherapy was released by Italian label Scarlet Records and distributed in the US, Japan and EU. The album was produced by with German guitarist and producer Roland Grapow (ex-Helloween, Masterplan) who has worked with the band on the upcoming album as well. Thanks to the positive reception over the years the band managed to support UK speed metal band Dragonforce on the European tour for a couple of shows. During their career Eagleheart has performed at various big events and festivals incl. Masters Of Rock, Metalfest, Made Of Metal etc., and suported bands like Blind Guardian, Dragonforce, André Matos, Blaze Bayley, Elvenking, WASP, Titanic, Kreyson etc. Eagleheart belongs to respected bands of not only Czech melodic metal scene.