1.5 metres for cyclists. Let’s respect each other!

Roman Kreuziger, Peter Sagan and their friends want to improve road safety by ensuring that motorists leave a gap of 1.5 metres when overtaking cyclists. They have launched an educational campaign in the media and among the public. Become a part of it! 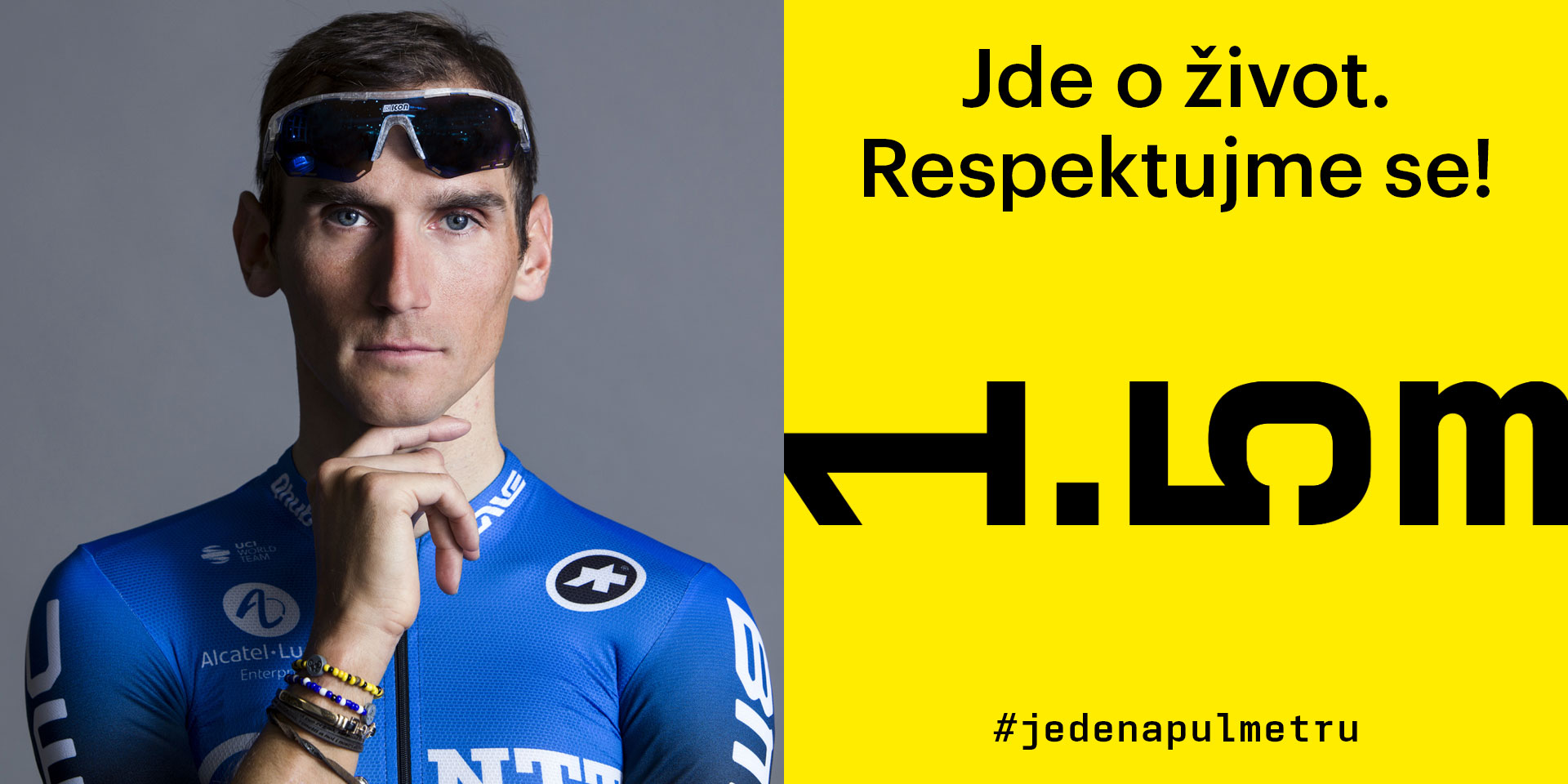 It’s an unfortunate situation when cyclists and motorists dislike each other. It’s also strange as most drivers also ride a bike from time to time, and vice versa. What can be done? We want mutual respect on the roads, and to achieve a situation whereby drivers leave a gap of at least 1.5 metres when overtaking cyclists. It works elsewhere in the world, so why not here? Lives are at stake.

What do we need money for?

All the ambassadors will support the project without payment. However, other activities need to be financed – shooting videos, internet adverts, the participation of promo-teams at events, the production of stickers etc. We want to do this project properly and bring this theme to the public attention – otherwise it has no sense and will have very little impact. We are therefore preparing a media campaign through standard media channels and on social media. We will meet people at selected cycling and motoring events.

Major European cities have seen a doubling of cyclist numbers this year. Cycling is the most popular sporting activity among Czechs. However, cyclists in the Czech Republic are involved in 4 thousand road accidents a year. Insufficient distance when overtaking is one of the most common causes of collision. Well-known personalities who want to change this are preparing a series of educational videos and a range of other activities. Among the ambassadors are professional road cyclists Peter Sagan, Roman Kreuziger and Petr Vakoč, biker and Olympic champion Jaroslav Kulhavý, singer Palo Habera and motorcycle racer Filip Salač.

You can also contribute to making the roads safer. Join in. Spread the message with us and support the project One and a Half Metres. 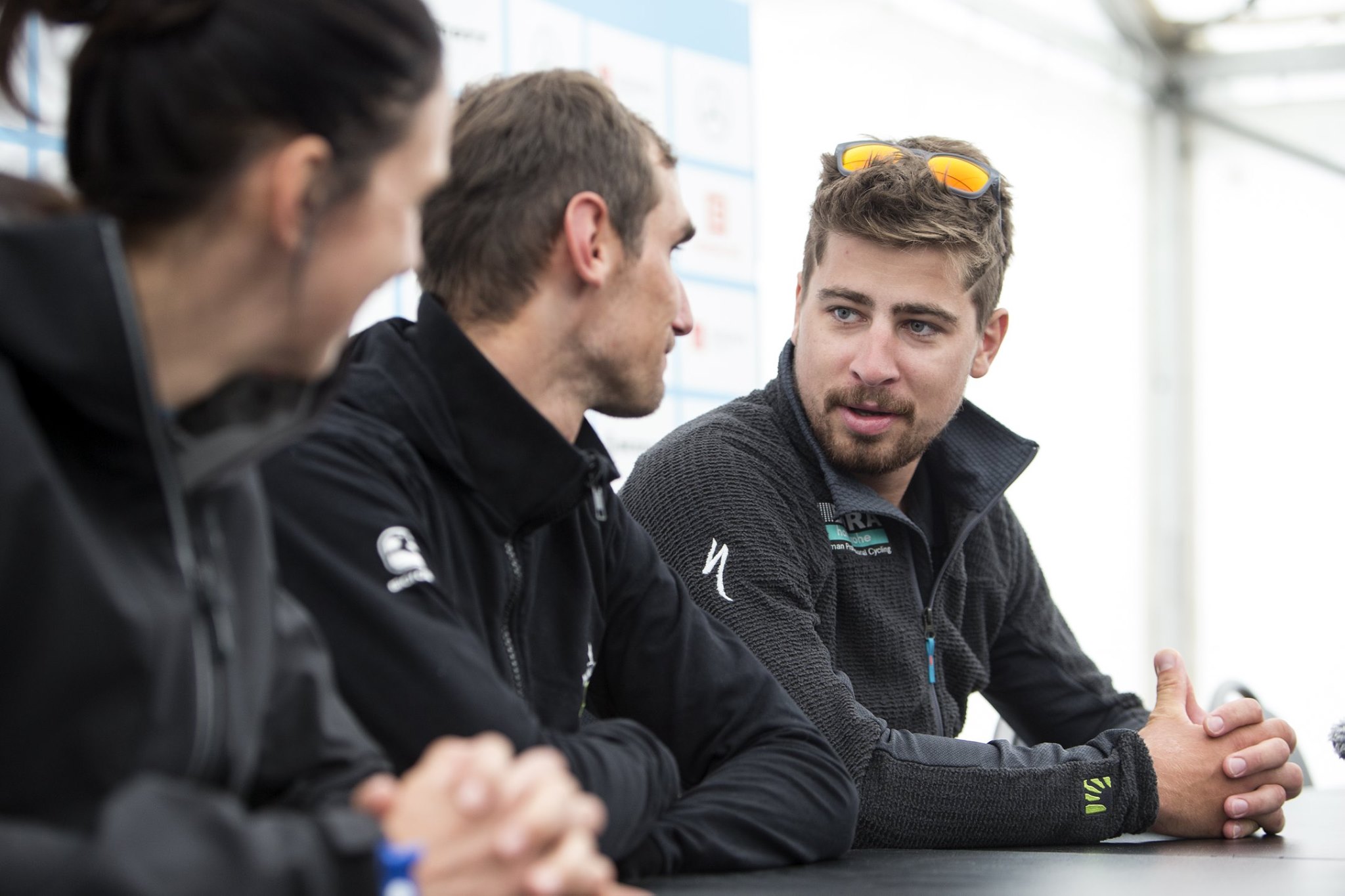 The main goal of the project is to increase respect between cyclists and motorists. We found out an interesting thing – the main problem is not the failure to observe a safe distance when overtaking. It is that motorists are unaware there is a safe distance. We want to change this.

When will we do this?

We have already started. Our ambassadors are publishing infographics (e.g. Peter Sagan, Roman Kreuziger a Palo Habera)). We have a web site - www.jedenapulmetru.cz, we have produced stickers, we have adverts running on the radio. We are shooting videos, and these will be released over the summer. During the course of 2020 we are planning to attend selected sporting and social events with our promo-team.

Peter Sagan, Roman Kreuziger and others. Together they are able to reach millions of people on social media alone. Therefore we are producing spots with our ambassadors that explain the reason for 1.5 metres, and why we want greater mutual respect. Two years ago we tried this when singer Palo Habera and actor Jirka Langmajer filmed with us. The video was seen by half a million people. Now in addition we have sporting superstar Peter Sagan. 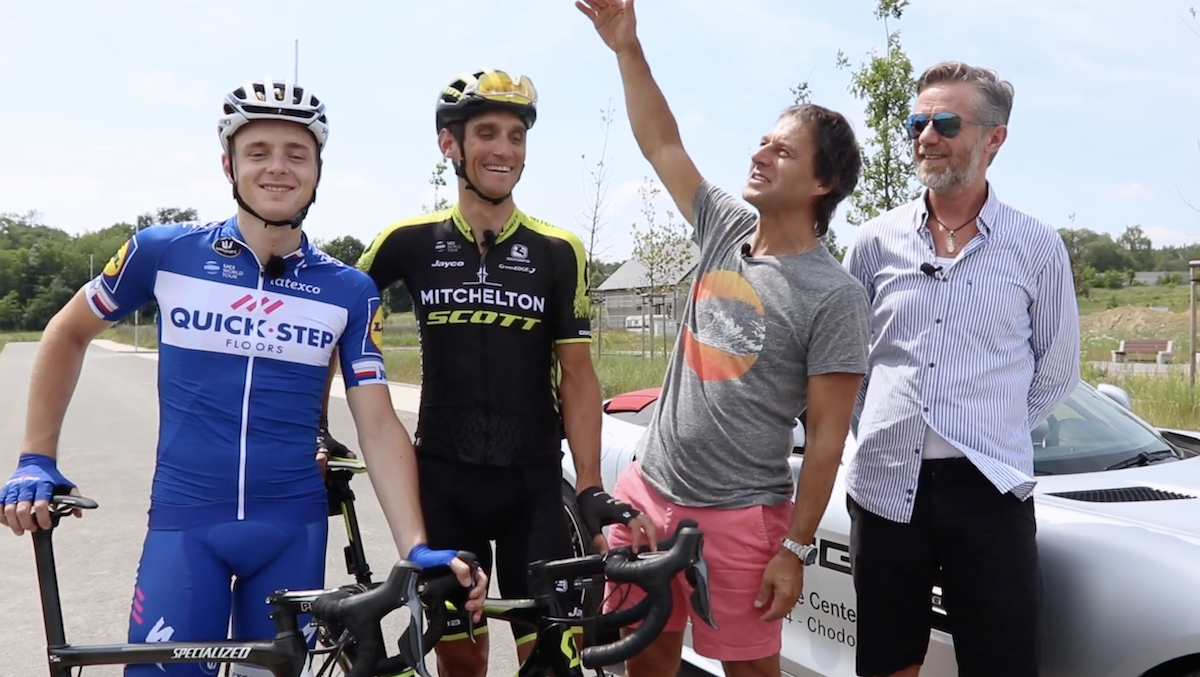 When we reach the target amount, i.e. CZK 980,000 (EUR 36.808), in 2020 we will address millions of drivers and cyclists. We believe that we can change their behaviour and make the roads safer for everyone.

We are already making plans for next year. For the campaign, we are planning to acquire a simulator for overtaking cyclists. It is not cheap, but anyone who experiences the stressful situations will immediately grasp the issue. If we manage to raise CZK 2 million we will have the simulator and can take it to events for people to try.

Roman and Michaela Kreuziger initiated the 1.5 metres campaign. They know how drivers and cyclist behave in relation to each other across Europe. Many times they have witnessed similar campaigns abroad. The effective running of the campaign is also overseen by Zdeněk Rak, who managed the Red Bull Air Race, and Alexandr Kliment, former head of communication at the Czech Olympic Committee. 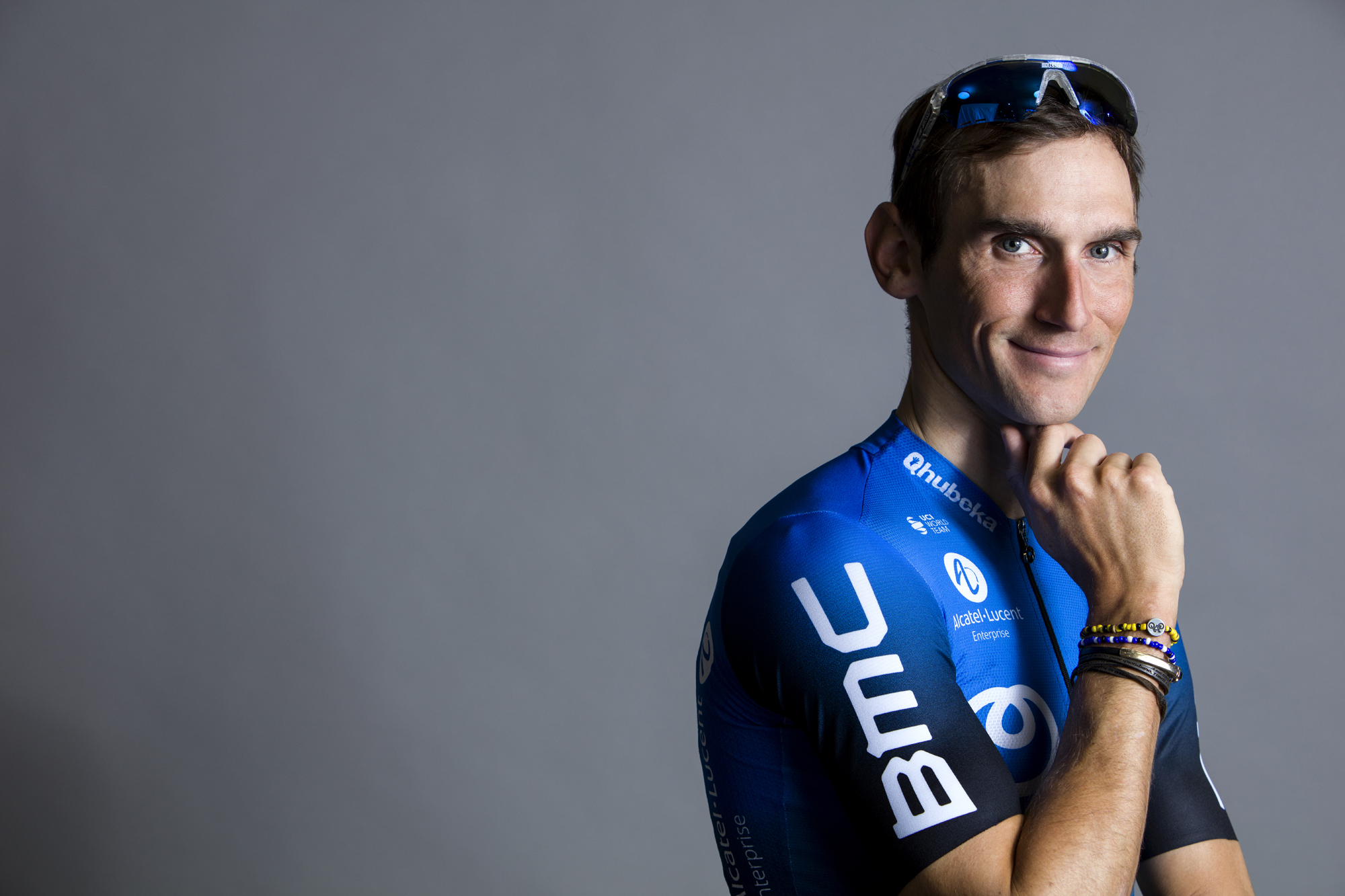