Czech film doesn't have its own museum. For its 100th birthday we have decided to change that and finally build one. Join us! Let's build the film museum NaFilM where anyone can become a filmmaker.

It's not just a dream anymore!

We were three classmates studying film at university when we had an idea to build a film museum in the Czech Republic - simply because it didn't exist here yet. Five years have passed since this rather crazy idea and we've organised many temporary exhibitions, thanks to which we've verified that our idea is meaningful for thousands of other people. Recently we finally found the right space for our idea: the Mozarteum, a historical building right in the centre of Prague, that we'd like to transform into a fascinating world of cinema - a place that will be fun as well as educational. 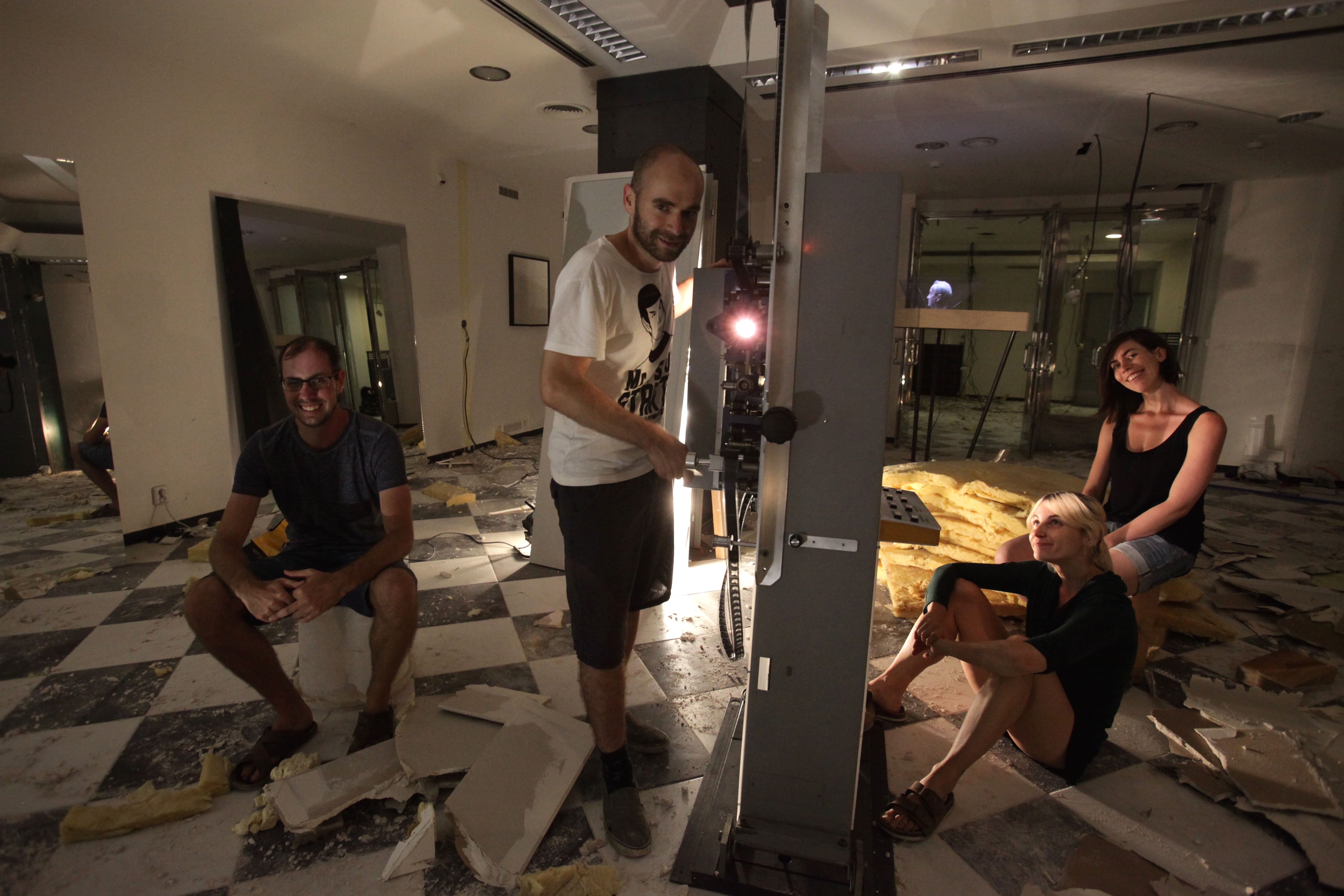 Pop-up museum on the road

Since 2015 we've created unique interactive exhibitions as NaFilM that have had over 45 000 visitors from all around the world. The last exhibition in the Chicago Palace had its duration extended by over a year due to popular demand. But this was only a temporary home, meant to be used as office space, and with growing numbers of visitors, it also started to be too small for us. Therefore we started to look for a new venue, finding the Mozarteum with two floors that can be filled with film exhibits and where we can stay permanently. 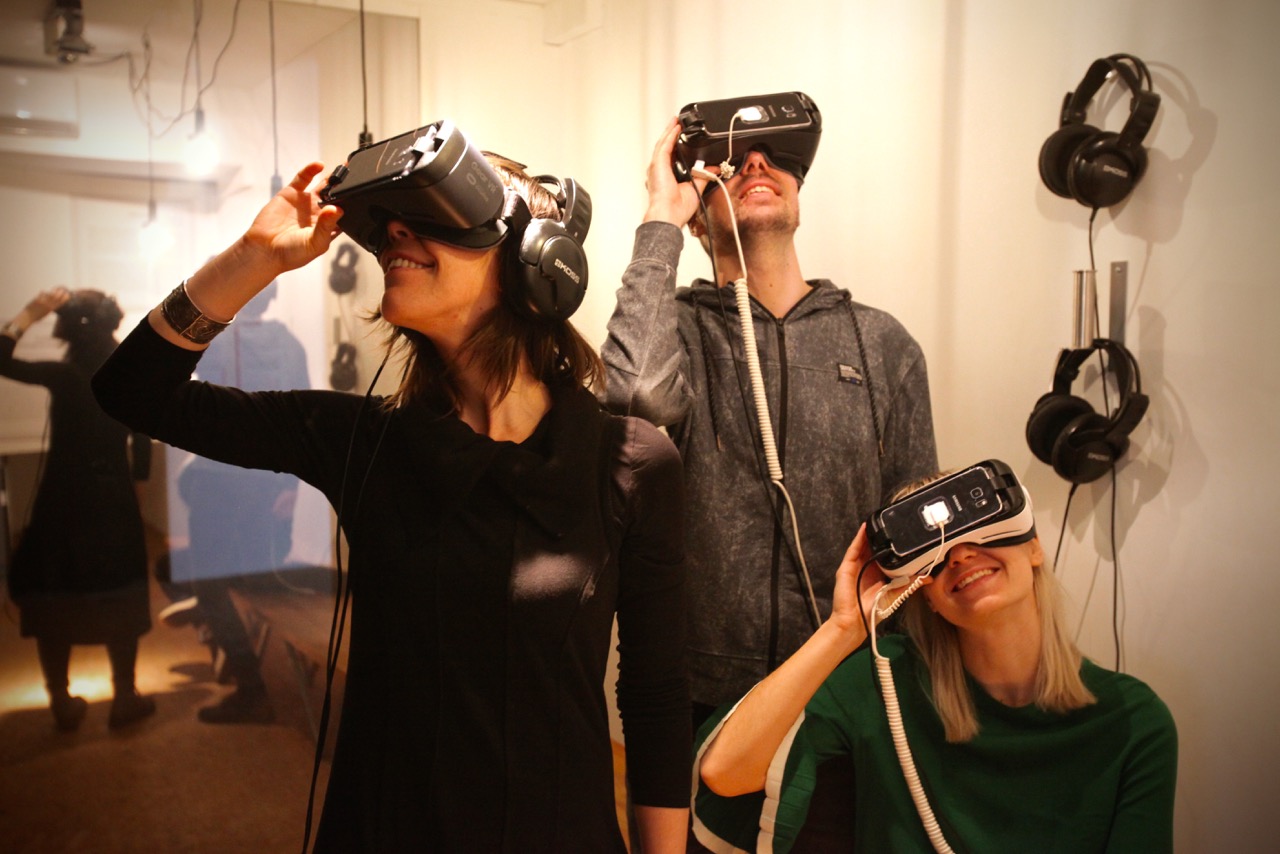 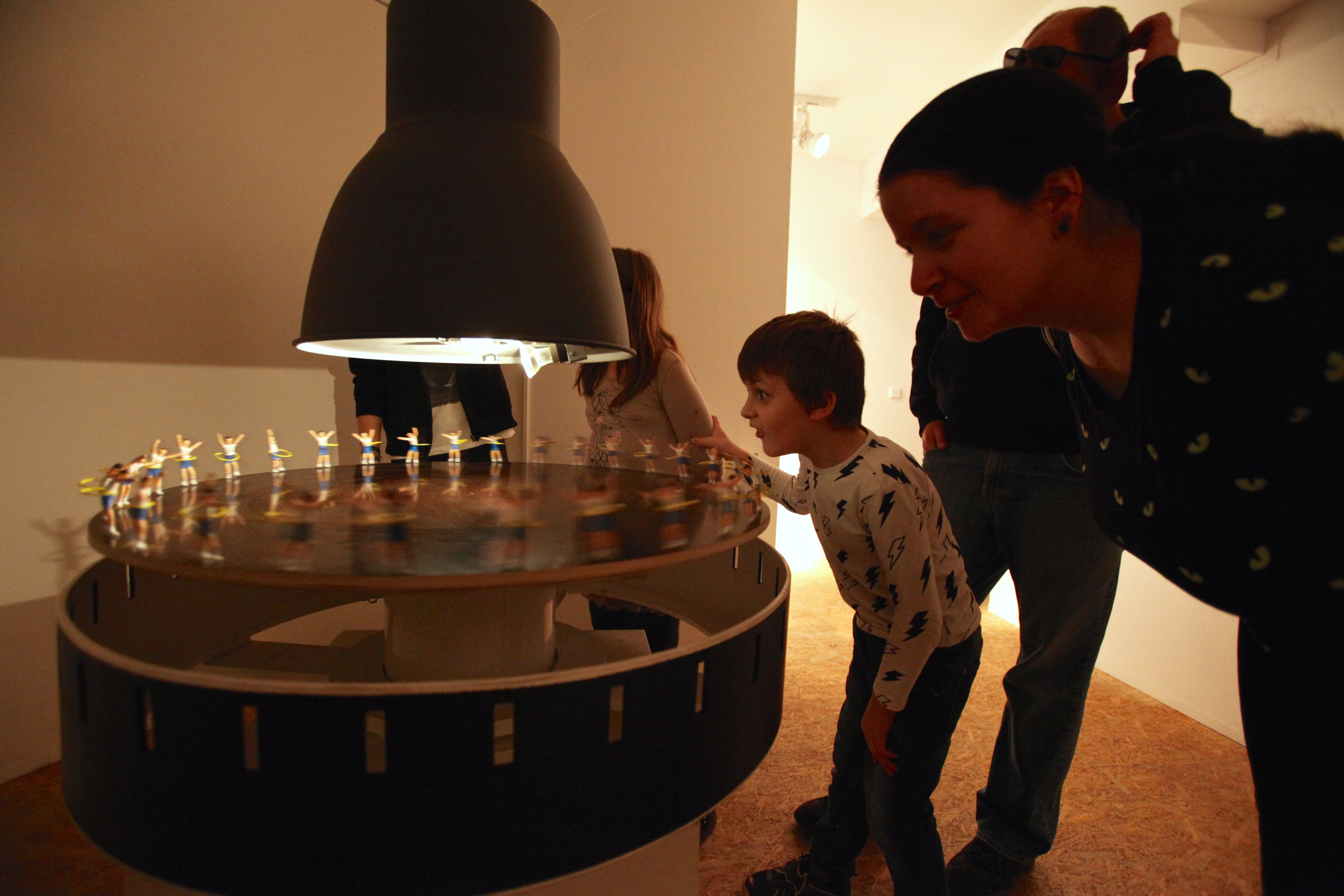 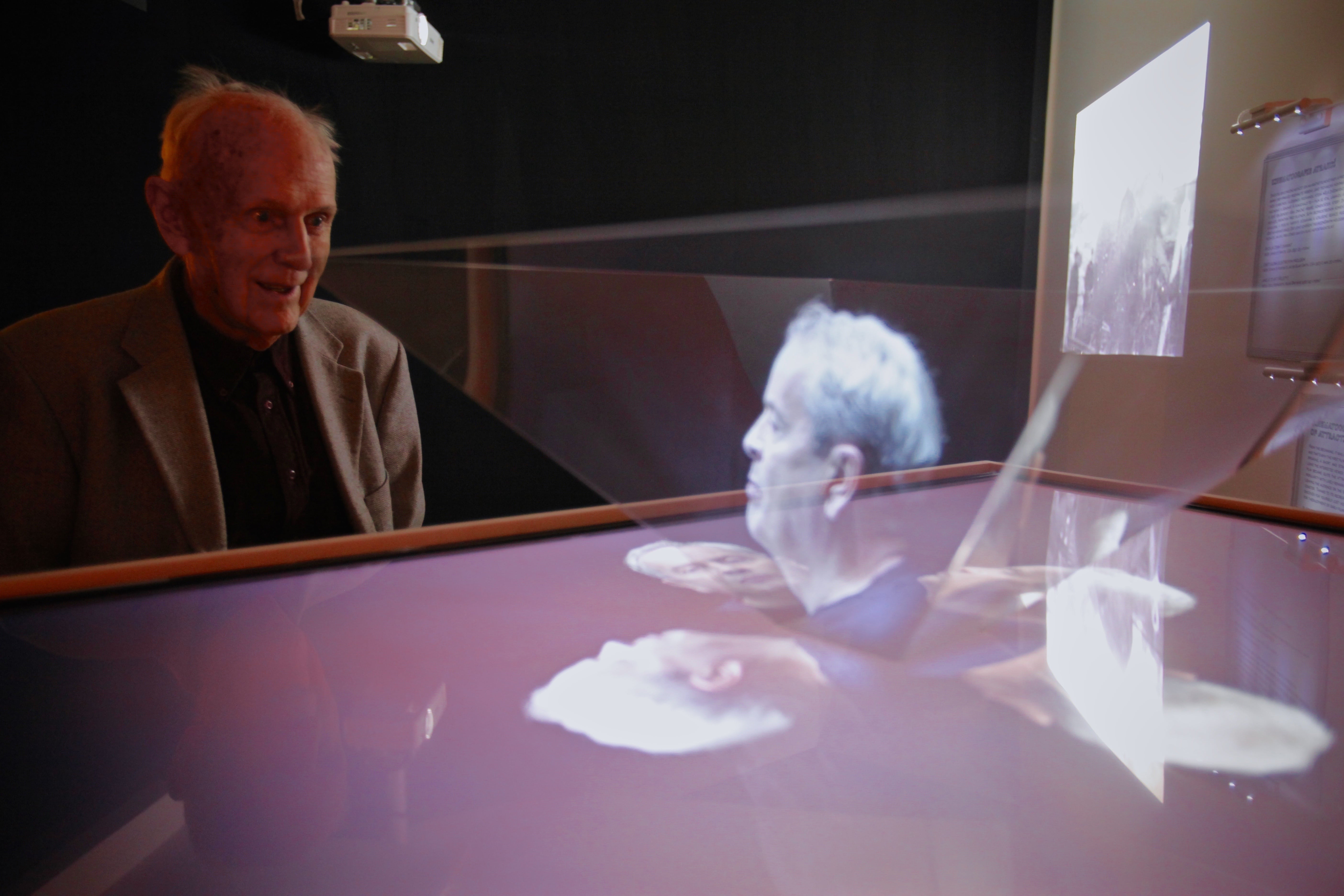 The museum that is fun - please touch the exhibits!

We would like our visitors not only to learn new things but to offer them a unique experience. Therefore we build the interactive exhibits on our own and design them so that everyone across different generations can find out how film works and learn about its history. Each of the exhibits is original that cannot be found anywhere else. You will travel to the past and build your own projection apparatus to screen a movie in the old way, as well as to the future to experience virtual reality or build your own hologram. You can also try your hand at film animation, editing and sound engineering or how to make special effects. The film museum NaFIlM will be a space where you can meet people from all walks of life: film fans, filmmakers and history lovers, and everyone will take home their very own movie. 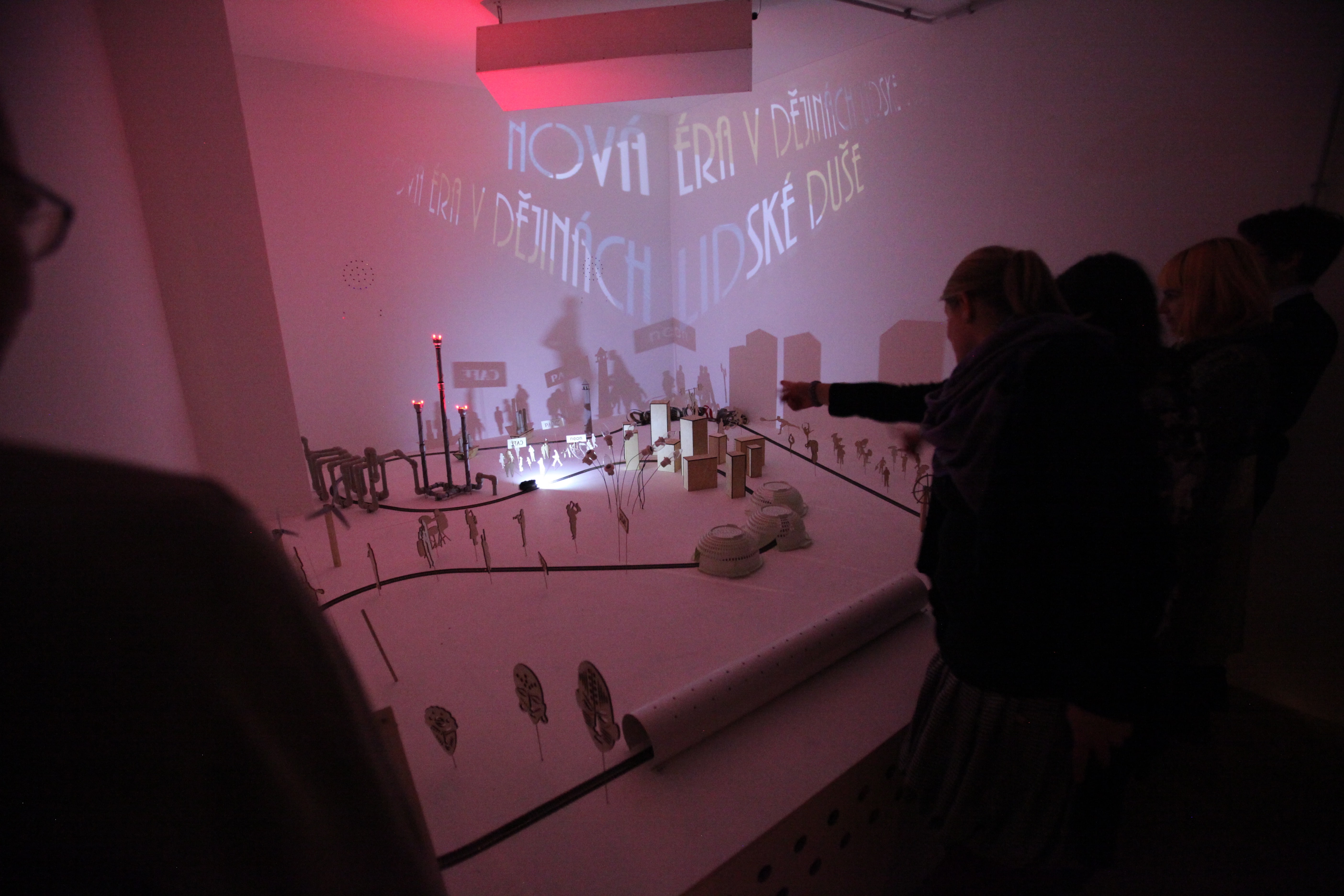 Film for The Nation!

Before the Mozarteum becomes a film museum, we have to install electricity, build and paint walls, do the plumbing, install lights - in short, to build the whole exhibition space from scratch. Your donation will contribute not only to the film museum's reconstruction in its new home but also to the production of new, tailor-made exhibits. For example, we'll be able to build a Transformer, a hands-on projection apparatus, that would be easy to assemble and disassemble in order to understand the mechanism behind moving image projection or a projector that will let you learn how film editing works by trying it yourself. Together we can give life to a unique historical building designed by the famous Czech architect Jan Kotěra, transformed from its empty and abandoned state over the last five years to a place where anyone can come and experience Czech culture in the city centre of Prague. 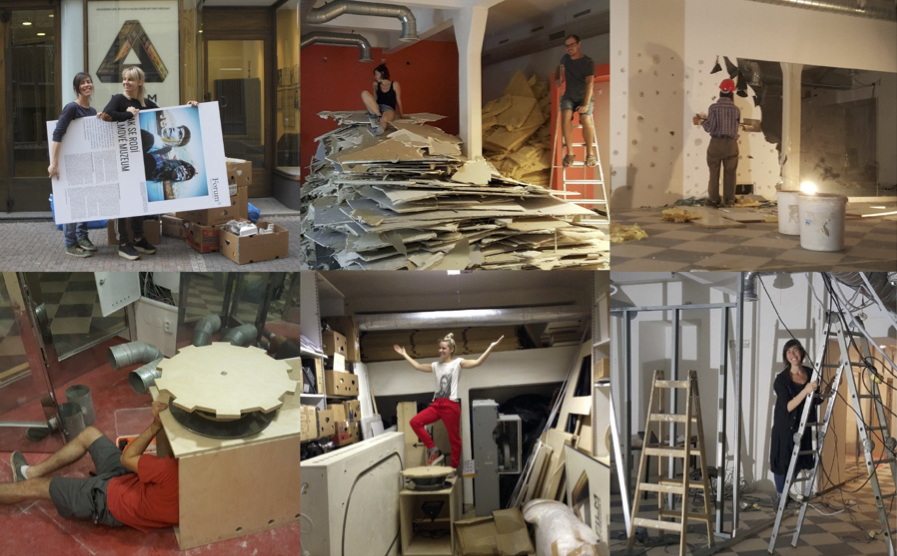 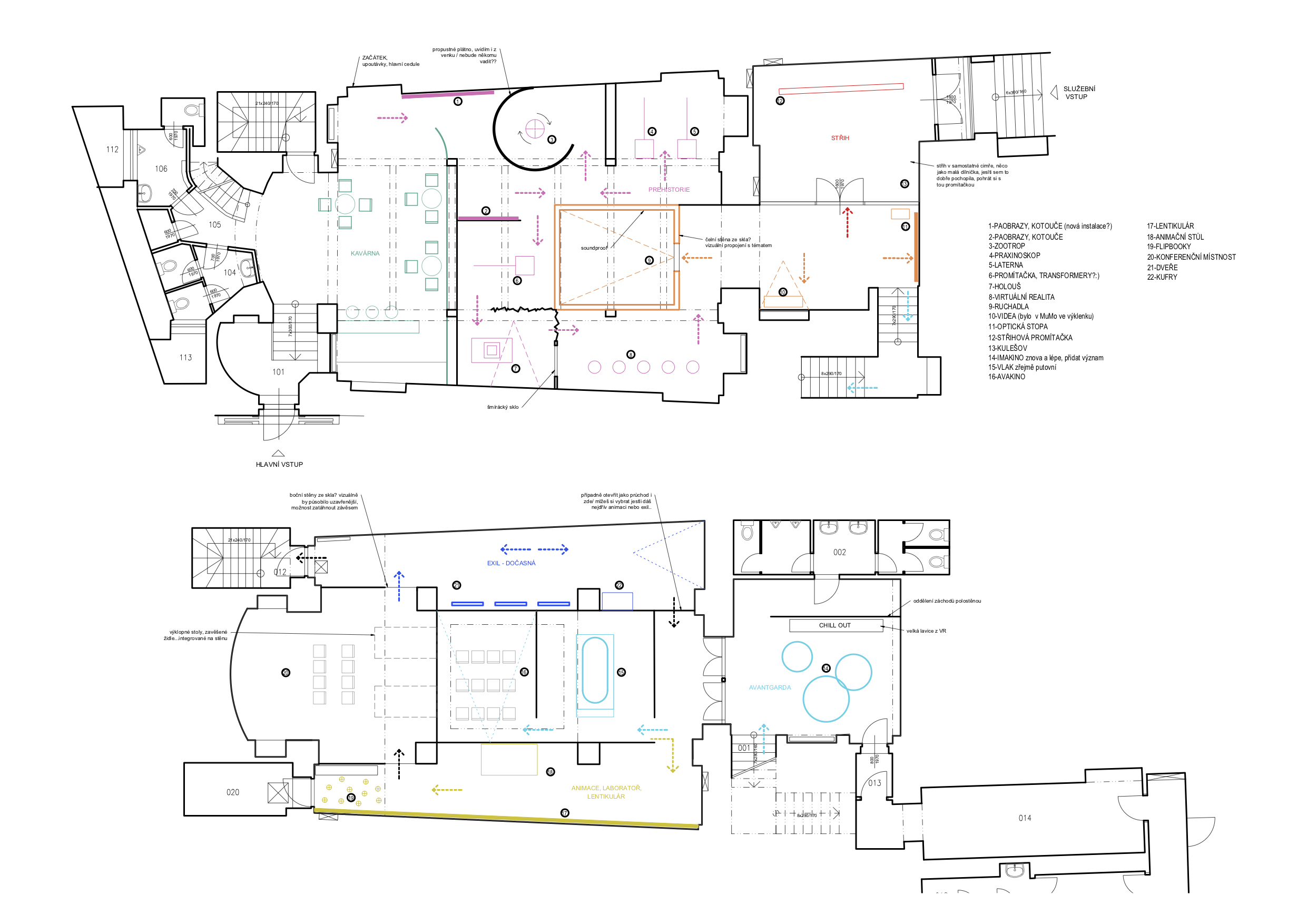 Our exhibition, approved by the excitement of thousands of visitors from all generations are a guarantee that you will fall for NaFilM as well. The production of our installations is only possible due to the help of friends, classmates and enthusiasts from many different fields. You may recognise famous people who gave us a hand, such as actors like Alexander Hemala who you can meet in the museum personally as a hologram, and Boleslav Polivka or Valerie Zawadská who lent their voice to our imaginary films. The animation table was tested by the artist Ludmila Zemanova, a daughter of Karel Zeman, world-known film director and master of special effects.

Our exhibitions and film museum project also excited director and documentarist Helena Trestikova, who recommended our last exhibition to everyone who wants to understand how film is made. We are also supported by Czech film directors such as Jiri Menzel, Jan Hrebejk and  Zdenek Sverak who has said: “It's a great idea. Czech film has over a hundred years of history and has its own individuality and original style - and it deserves a place where people could learn more about it. And such a place should be a film museum.”

Have a look at the reviews from visitors all around the world on TripAdvisor  or Facebook. Thanks to them NaFilM became one of the top-rated museums in the Czech Republic and a place not to miss in Prague!

"I may be exaggerating a lil' bit when I say "the best I've been to in my life" but NaFilM is easily one of if not the best exhibition in Prague and absolutely one of the best I've seen in my life. Modern, super interactive, relevant! The staff is incredibly wonderful and always there to help explain anything. All the info cards are written in Czech and English so it's perfect for everyone. They've got little films playing all over, plenty of stuff to touch, and VR!! There's even a lil place to get coffee. They deserve all the praise they get and hopefully will get to move to a permanent home for next year! A MUST SEE for all tourists in Prague because 1.) it's freaking awesome and 2.) they talk a lot about Czech filmmakers which I love that it puts everything in the context of your location. I will definitely be coming back again and again."

"I'm personally not a big fan of film but this exhibition was one of the highlights of my trip to Prague. It may not be the biggest space in the world but it was very informative on the origins of film and I came away feeling like an expert myself. One of the owners who showed us around mentioned that they were trying to find a bigger space as it was the only museum on film in the country! I wish them all the best of luck and urge anyone in the area to visit, you won't be disappointed."

"While in Prague you must pop in NaFilM! I sincerely recommend this exhibition. It’s fun, it’s smart and it’s very informative. You can touch everything, and see for yourself how the optical toys which preceded the invention of cinema worked. You can experience virtual reality, learn about avant-garde filmmakers and about animation – and you can create your own short animated film. There is also a nice selection of Czech animations, which are very interesting and often hilarious. The information is provided both in Czech and in English and you can also have a guided tour, which makes it even better. And don’t even get me started on the train exposition! The space is nice and modern and beautifully arranged. Also the gift shop offers some great merchandise. What’s not to love?"

Do you like the reward, but you would like to contribute more? It's possible! Choose the reward you like the most and edit your pledge amount when filling your details. ,)

Oct 10, 2018 Your NaFilM donation counts as a tax deduction!

NaFilM is a non-profit registered association and we can send you a donation receipt so you could use your pledge as a tax deduction.