Our mission is vision | DOT Glasses

More than 1 billion people need glasses, but can't afford them or just don’t have access to them. It’s the world’s #1 health crisis. DOT Glasses has the solution. Please help us to change the world.

Uncorrected poor eyesight is a global problem that affects more than 1 billion individuals directly, and much more than that indirectly when considering the impact on families and communities. These people have no access to glasses, let alone optometrists. 80% of these people are concentrated in only 20 countries - and it’s the poorest populations that suffer the most. Poor vision is a very real barrier that prevents people from learning, working, and even socializing. Entire families become trapped in poverty, and children are locked into a lifetime of disadvantage and lower quality of life.

And this problem is not going away - it’s getting worse as the global population increases and ages. 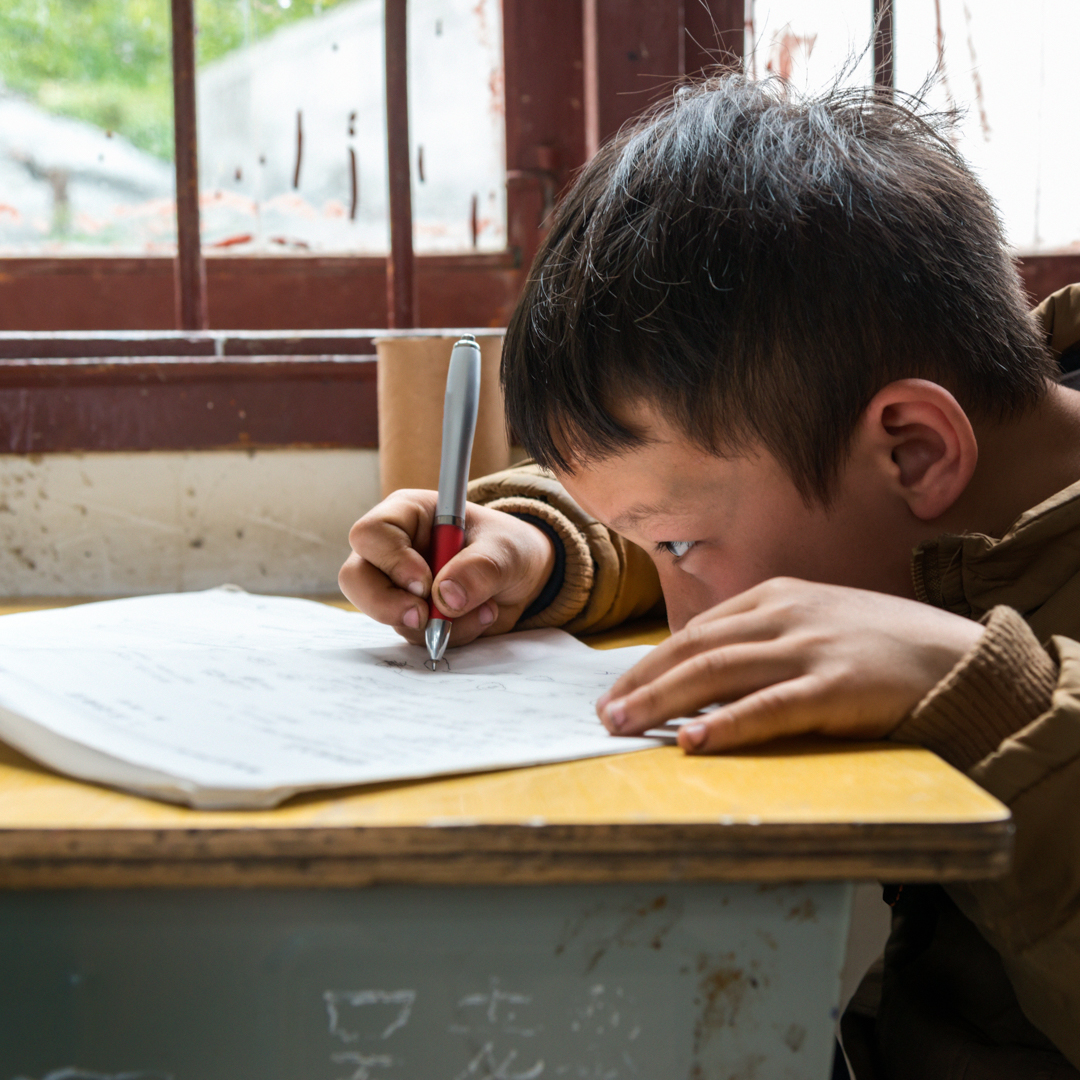 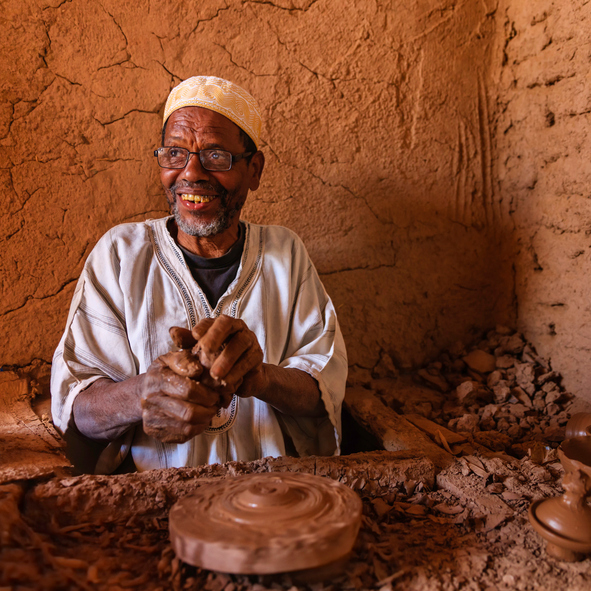 THE FIX IS ELUSIVE

It’s a hard problem to solve. Many have tried, but none have truly succeeded. Their solutions are too complex or too costly to scale globally. And none are sustainable. Until now.

A comparison of DOT Glasses to other projects 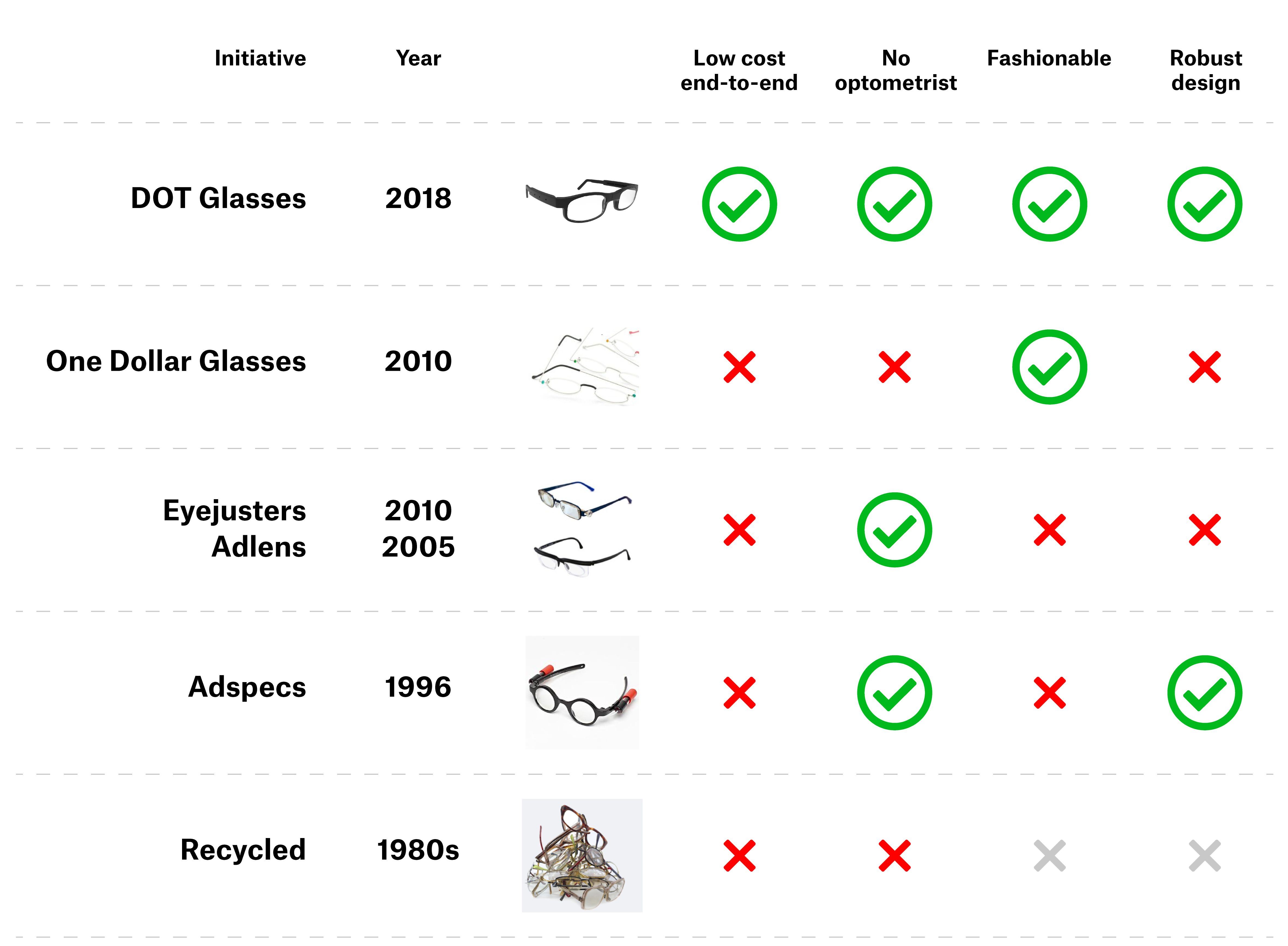 We had to see the problem from a totally new perspective - we couldn’t be constrained by old school thinking. We needed to break out of “the way it’s always been done” mentality. We decided to go for "good enough vision", not perfect vision – a simple hypothesis that changed everything.

We started out with a radically simplified lens concept. We realized that a small variance from perfect vision was actually quite normal for people with glasses. Prescriptions are usually only fully accurate for a short period of time, as visual acuity doesn’t remain static over the years. Actually, people’s eyesight varies throughout the day as eye strain, fatigue and other factors play a significant role at any given time.

After the realization that perfect vision is perhaps a luxury rather than a critical need (and validating the concept with industry experts), statistical modeling proved that a principle of “good enough” vision could be transformative. Because a smartly limited selection of lenses streamlines the supply chain, reduces the cost of required stock, and simplifies vision testing. So a small change to the commonly accepted parameters of eye care reduces the barrier for more people to have access to eye care.

We also developed a concept where a lens is used as either a right or left lens, by flipping it on its horizontal axis. This cuts the required level of stock to serve a patient by 50%.

One of the early DOT Glasses design sketches (2015) 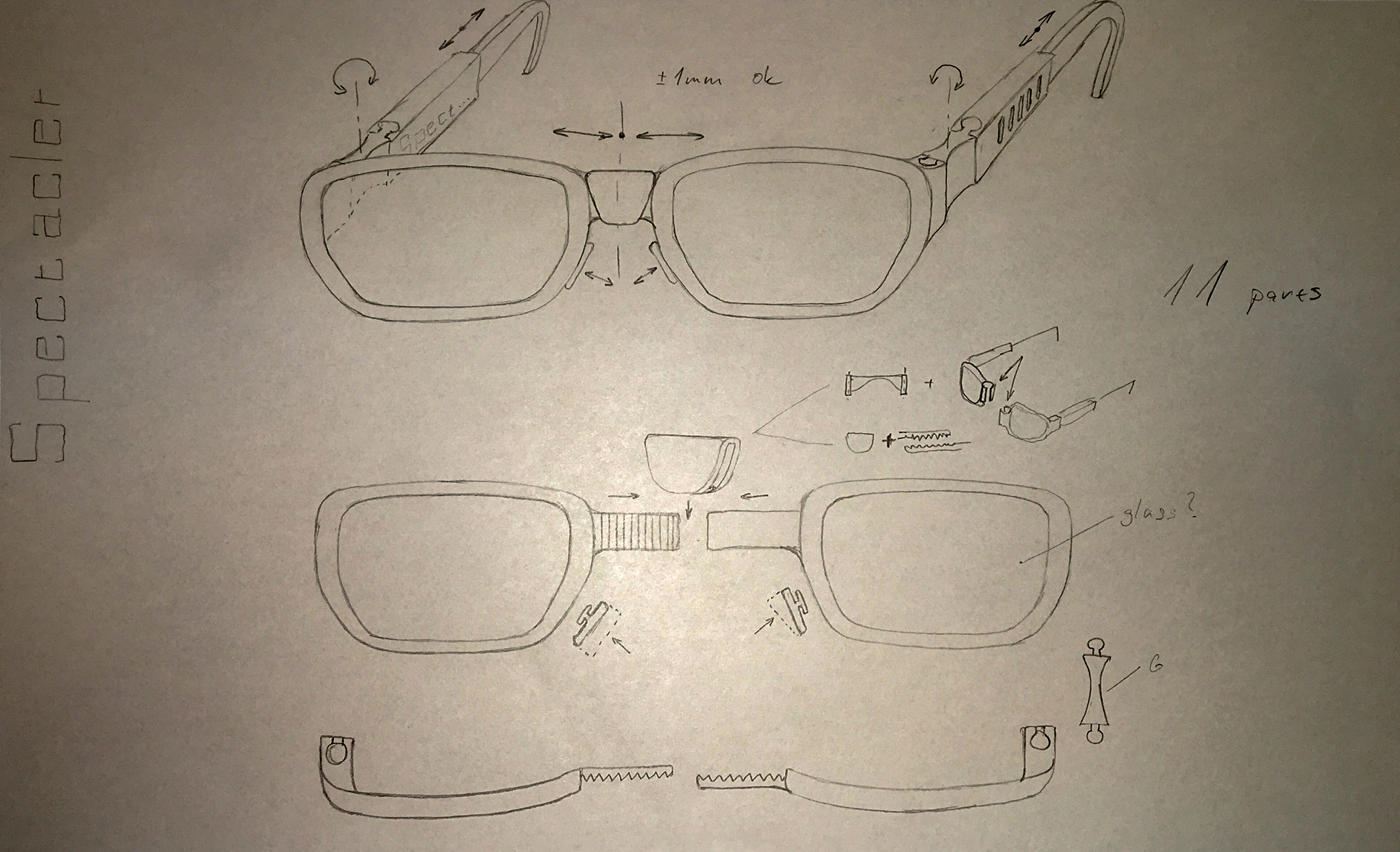 The lens concept came together, but frames were a problem as everyone has a different shaped head and face. People's eyes are spaced differently, they have various nose shapes, and ears are in different positions.

It took 2 years to hit on the solution, working with a JV of Mercedes-Benz and AKKA Technologies. It then took 12 more months to finalize what would become our patented, snap-together, adjustable frames - a totally fresh and functional approach to a classical product. The frames are super-low cost, lightweight, and extremely robust, and they also pack flat, they adjust for pupil distance (a critical variable that no one else has figured out how to manage), and they look fashionable.

By manufacturing only one design with one size of all the parts, DOT Glasses reduces manufacturing costs by tapping into the scale advantage from concentrated high volume production.

In addition to designing the frames and lenses, we also developed our own proprietary tools to measure pupil distance, as well as an ultra-simplified vision test which allows immediate, on-the-spot vision assessment to identify the appropriate lens power. 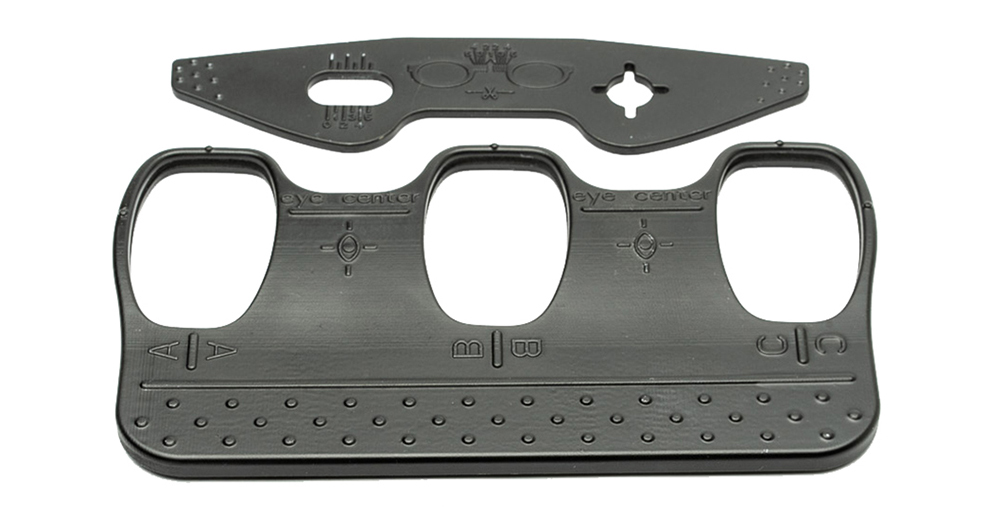 We’re convinced that with our innovative designs, streamlined processes and the overall philosophy of maximum simplification, we will be able to make DOT Glasses available to everyone who needs them.

And by combining our low production costs, simplified logistics, and diagnostics without the need for an eye doctor, we are targeting and end-to-end cost of about 1 US dollar per pair of glasses. 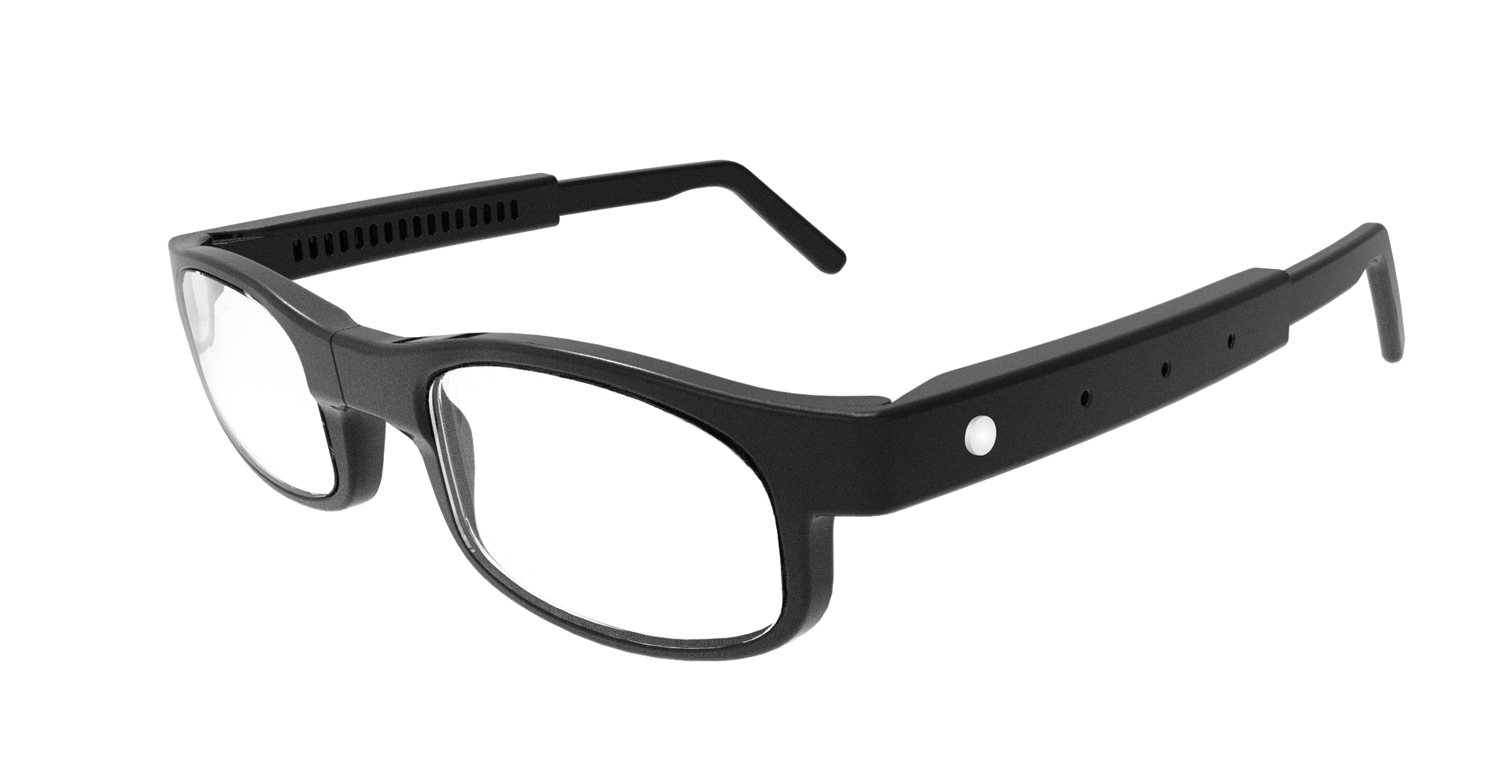 FIRST DELIVERY OF OUR “VISION” (IN ANGOLA)

Our colleague Joanna spent the summer in Angola testing DOT Glasses “in the field”. She made sure the design met our expectations, and she also gathered valuable feedback from the first users – who were all very happy and grateful! The first proud owner of DOT Glasses was Samuel (our intro photo), and we provided glasses to a few dozen people in this first test. 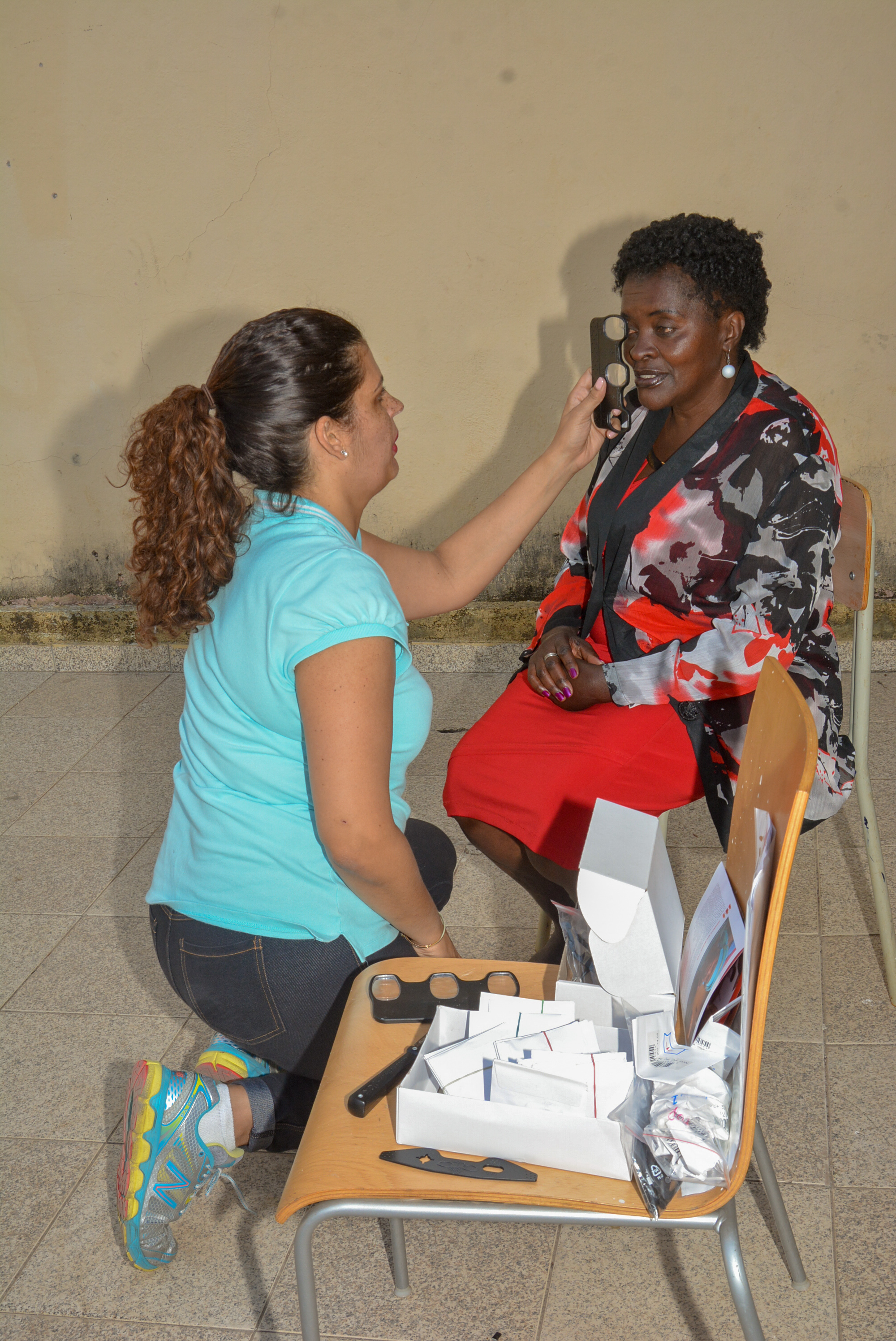 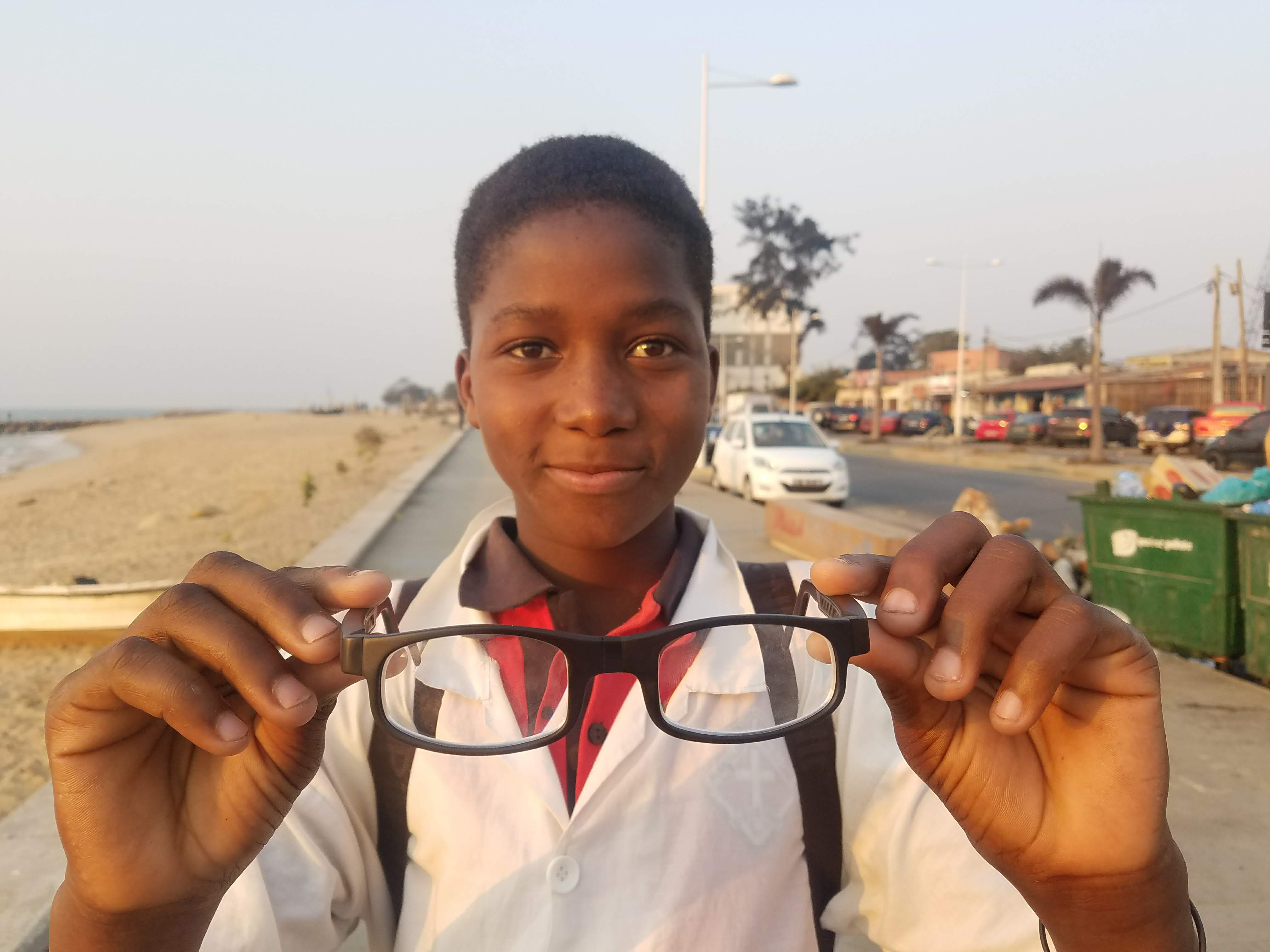 The costs to manufacture and deliver the first 100 pairs of glasses were about $70/piece - a very high price due to the fact that the frames were 3D printed as a way to test the design (before investing into expensive injection molds). Our dream is to achieve an end-to-end cost of less than 1 dollar per pair – achievable with high production volumes.

With the Hithit campaign funds, we want to manufacture 100,000 pairs of glasses, to get our cost down to less than $7/pair. In this cost, we include the one-off cost of manufacturing the injection molds, that will be used for the high-volume production with the scale benefits. The funds raised will be “matched” by CzechAid’s “matching funds grant” - which means every Euro raised via the campaign will have 2x the impact.

After Hithit, we want to launch a global Kickstarter campaign to produce 1m glasses, and deliver them for an end-to-end price of less than 3 US dollars. The more we produce, the quicker we’ll be able to hit our dream of 1 dollar per piece!

Cost evolution of one pair of DOT Glasses 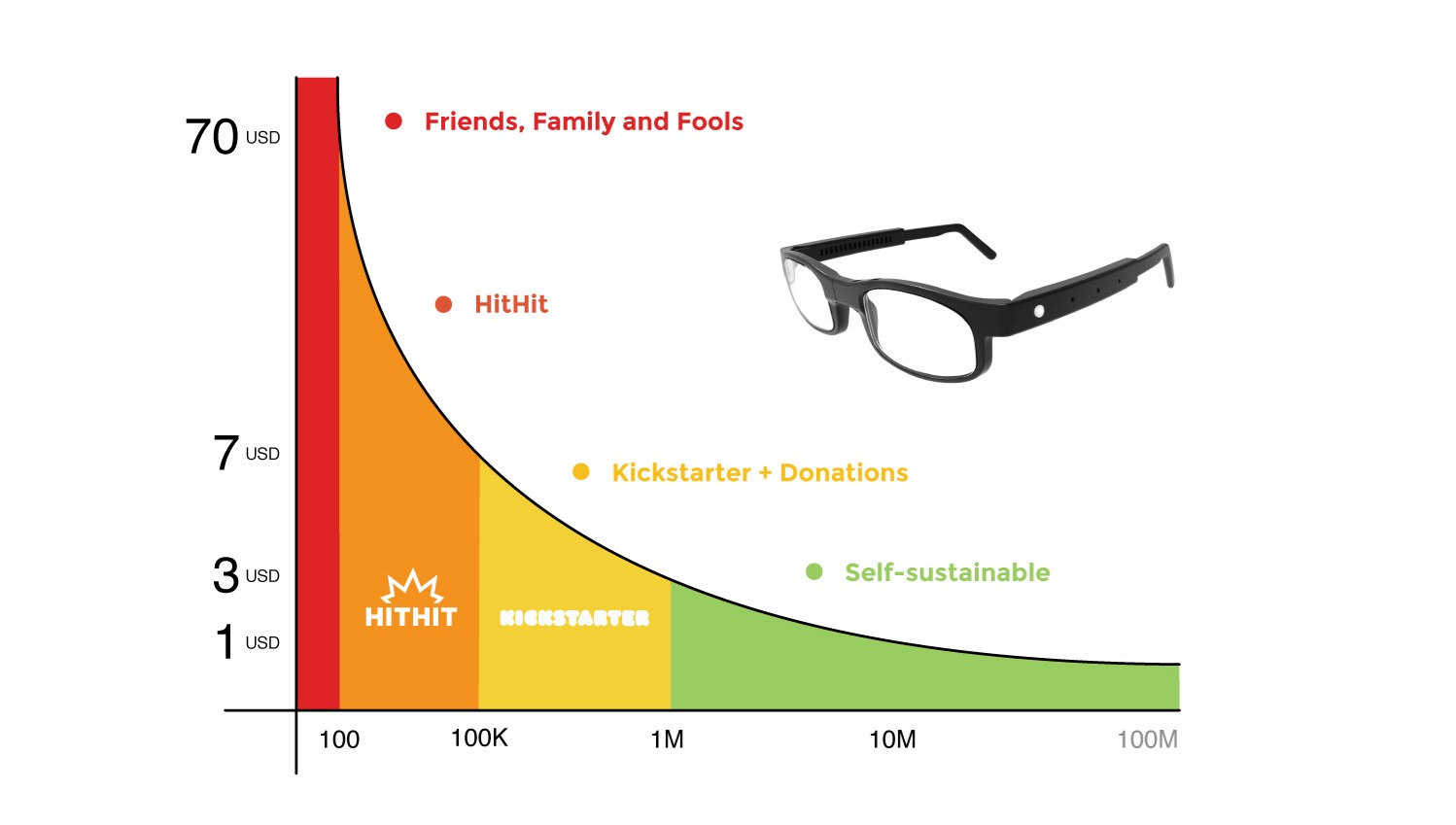 We plan to launch the first production (of 50-100k frames) by end-2018. We signed the production contract at the end of September.

For the initial distribution of DOT Glasses, we have a number of partners in a few of target countries (including India, Afghanistan, Angola, and Ghana). The list is expanding every week.

We’re 4 enthusiasts with a dream. Philip is an innovator and leader who combines his infectious optimism with pragmatic realism. His lifelong passion is to find solutions to challenging problems, which has served him well in his corporate and consulting careers. Romana is a lawyer, but after her hands-on experience in the slums of Nairobi, Kenya (where she taught her first class), she’s transcended her legal career to focus on social impact. But her legal expertise also serves us well, as she was responsible for getting our innovation patent. Vojtěch has conquered the corporate and entrepreneurial worlds. He has extensive technical, sales, partnering and marketing experience - all key skills as we grow. Joanna is an enterprising professional and pedagogue who brings us her international experience in politics, fundraising, progressive education and NGOs. In our team, we're fluent in 8 languages including English, Spanish, French, German, and Portuguese. 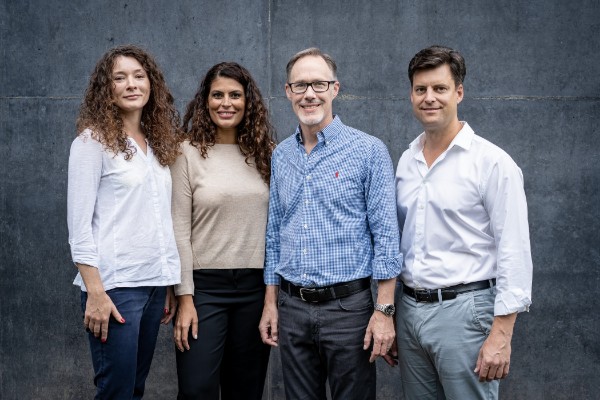 We want to change the world. Please help.

Dear supporters, We will be mailing your rewards in the next few days and it should all be delivered by the end of next week (depending on the country of the receiver). The sunglasses (in DOT design) are still not available as we are waiting on delivery from the supplier. As of now, we are…

Feb 7, 2019 Rewards are being prepared together with our suppliers, and the DOT Glasses team is in preparation for the pilot in India

Rewards In the case of rewards, we’ve confirmed the production of the gifts in our “Vision for the World” design (where applicable) and we expect to start the distribution in 3-4 weeks. We’ll inform you about the actual delivery date in a few weeks time. We’re also finalizing the preparation of th…