Fictional documentary book combining experimental text, photos and comics by Czech performer Miřenka Čechová on Mckenzie Tomski who has fallen in love with the city New York she is a stranger in.

A bit controversial book "Miss AmeriKa" was written by the Czech performer Miřenka Čechová. It is published with photos by Vojtěch Brtnický, and drawings by Malayan artist Chin Yew. The book presents the symbiosis of an experimental text, performance photography and comics. It comes in two languages at the same time.

An illegal New Yorker immigrant Mckenzie Tomski sarcastically and uncompromisingly comments on her dates with New York, its inhabitants, trends, as well as with herself. She likes, hates, snoops around, fuckups, fakes, imitates / is being imitated, speed-ups / slow-downs, stares, stand-ups, self-promotes herself, and buzzes with tinder a bit. Who is she? Who´s collecting information on her?

An experimental book "Miss AmeriKa" intertwines two languages and bookworms will enjoy it reading back and forth. The project is published by wo-men publishing in graphic design of Artbureau. Short stories on Mckenzie Tomski have become the base for the multimedia performance by Spitfire Company. 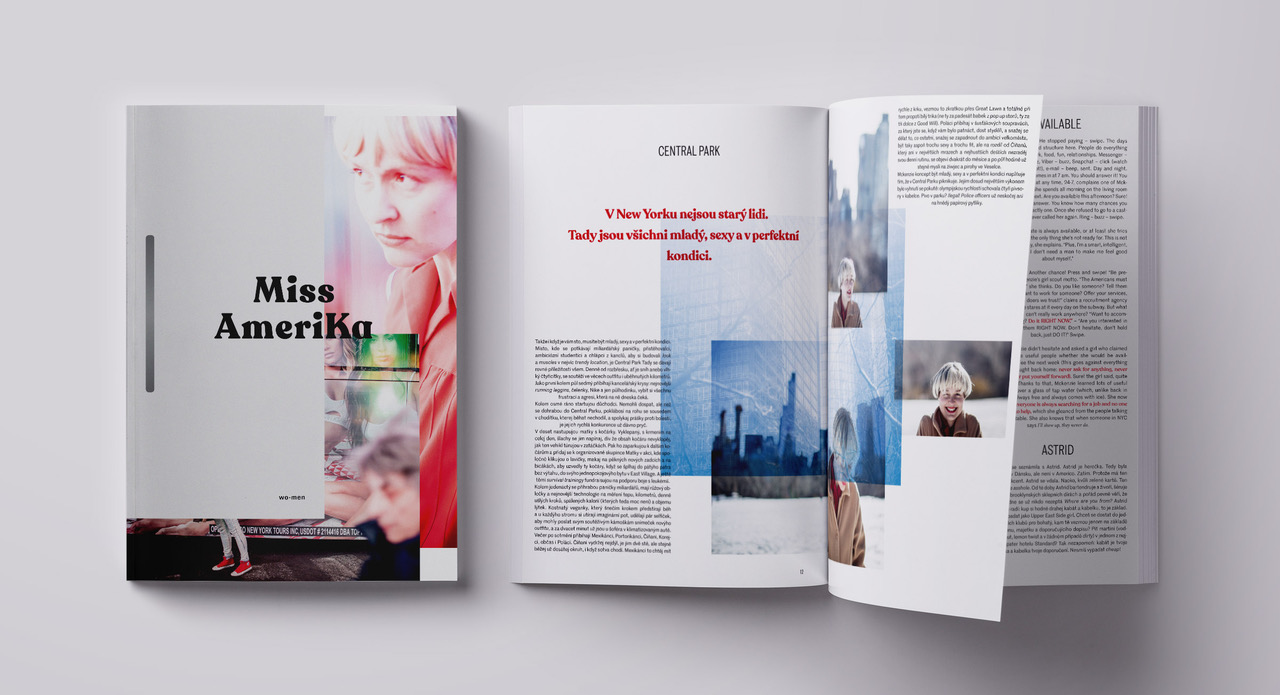 Miřenka Čechová is a Czech performer, choreographer and director, many times awarder artist of dance and physical theatre working as a member of Spitfire Company and Tantehorse. Vojtěch Brtnický is a photographer focusing on a contemporary dance and performance photography. Chin Yew is a Malayan drawer creating the autobiographical comics on his life on a daily basis. 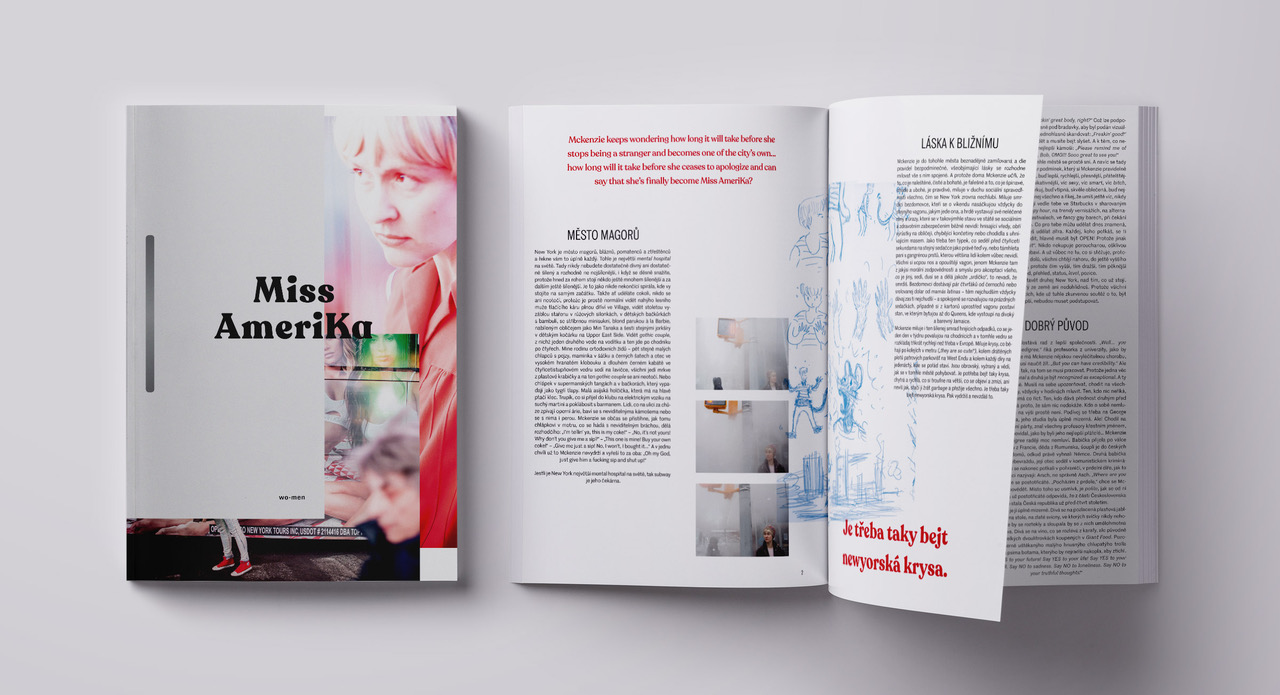 Reviews:
"She manages to elicit stories out of strangers like she’s administered them truth serum. It feels like you are reading a literary version of Nan Goldin’s legendary visual documentation of moments of intimacy in “The Ballad of Sexual Dependency”."
Jacquelyn Claire de Villiers, Immigrant, storyteller, theatre director

"The book “Miss AmeriKa” is a challenge for us all to reevaluate how we measure success. For the millions of invisible heroes that find their champion in the character of McKenzie Tomski, success means that we survive to live to struggle another day with, hopefully, a smile and at least some contentment for the lives that we have created."
NJ Snider, American University, Katzen Center for the Arts, Washington, D.C.