For twenty years, we have been sharing the results of our work and the fates of the September 11, 1944 Air Battle. On Sept. 9th will take place a celebration program for the Museum anniversary. Became to be part of the event and earn exclusive benefits.

So, we make it! before yesterday we have crossed the limit of 100% and managed to push this project into reality.

And it was possible thanks to several of you, who joined the project and contributed.

You have our thub up and we believe, that you will be pleased and satisfied by those rewards you selected! 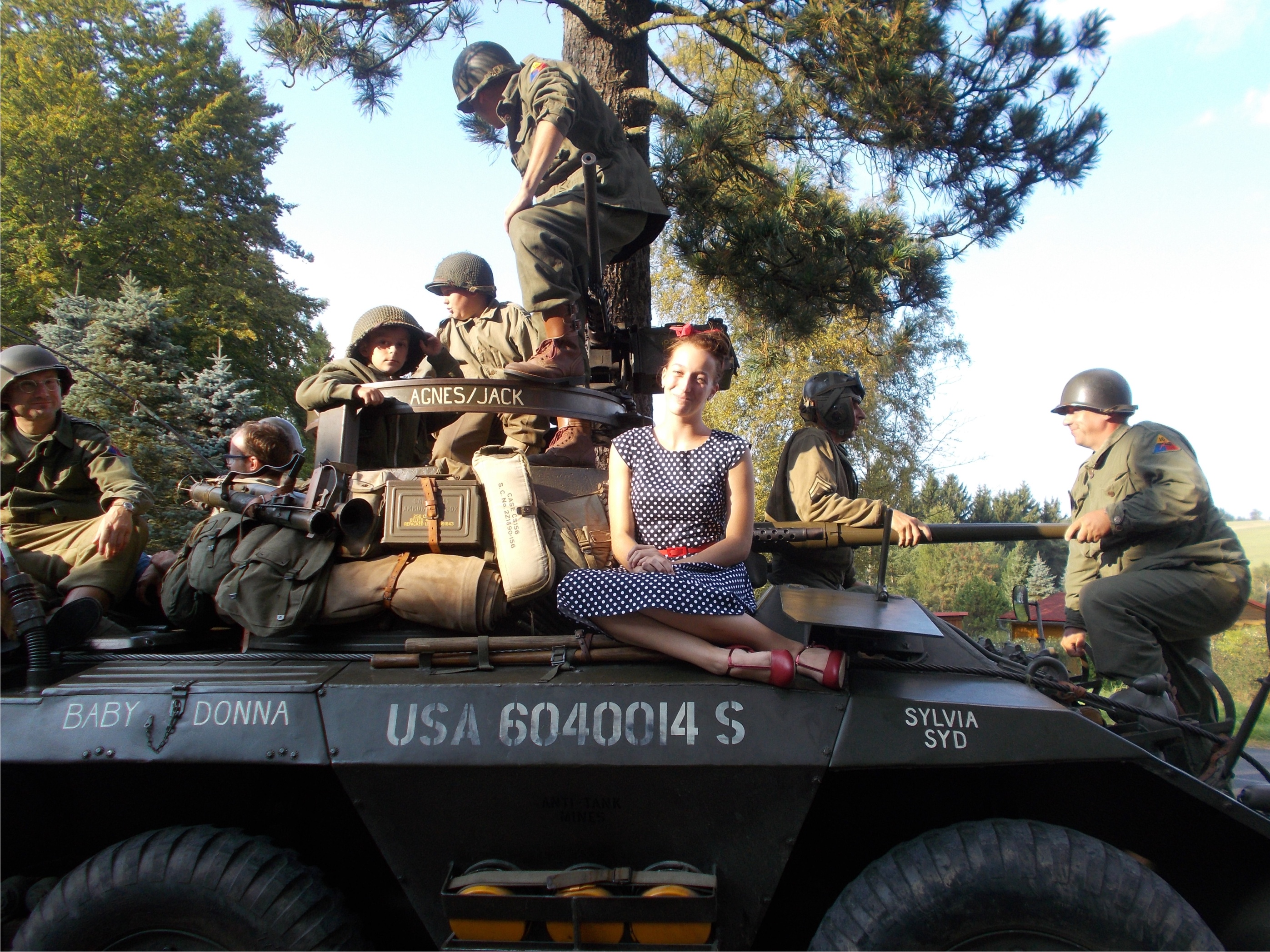 There left some three days left till the end of the project and new contributors are couned for.
Also those who still waited can join this project and help to the Musem with the 20th Anniversary of its opening. We still have some 93 hours!

Thank you once again!

Museum postcards as part of some rewards

Only 8 days left before expiration of our project and we are actually on magic level of 77%.

I think it is good time to introduce another one bonus which is included in some rewards:

Easy choice for your family (C)

For the family and more extras (D) 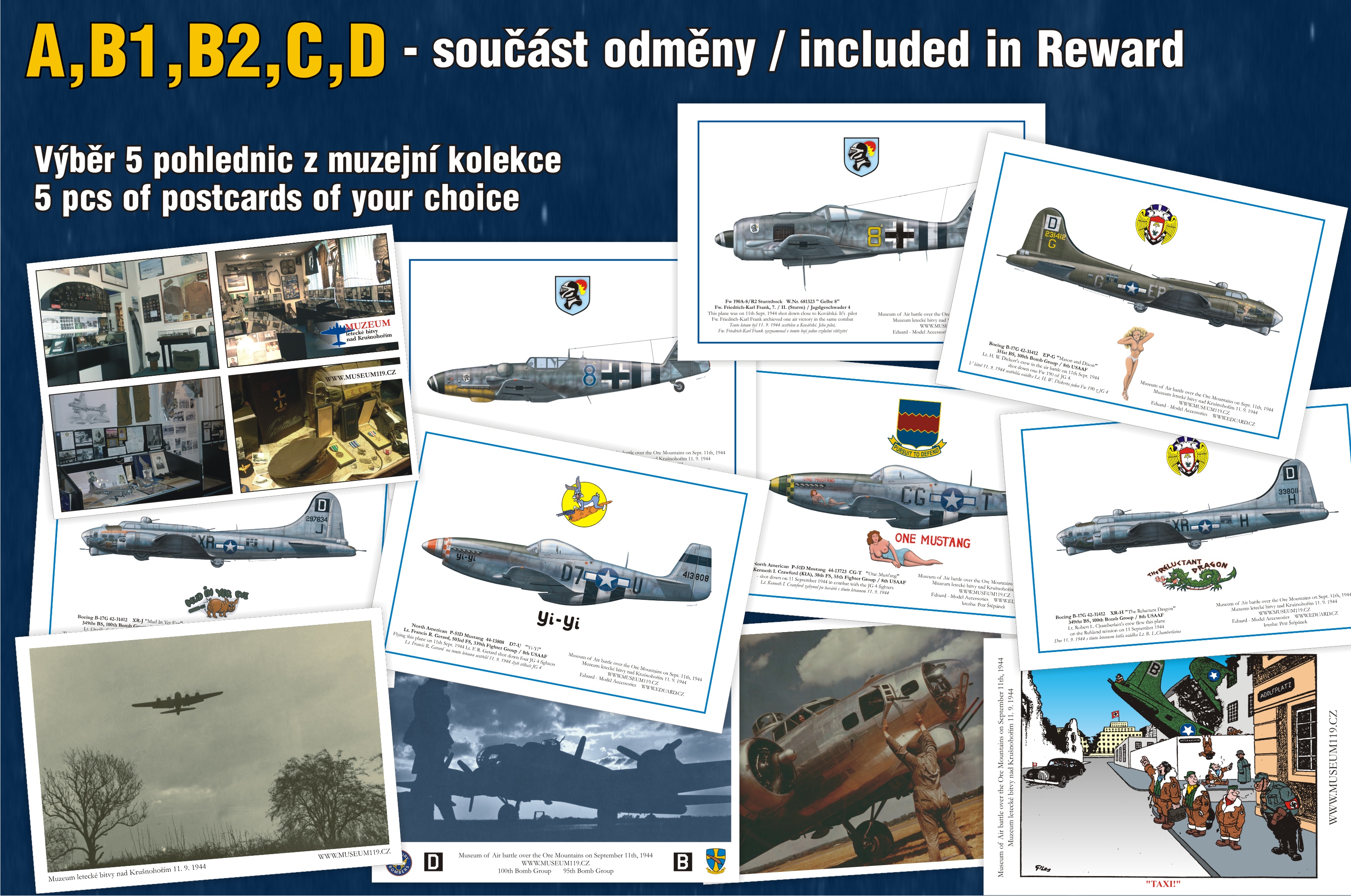 Already for several years we are producing our own postcards with themes related to our Museum. These postcards are available only in the Museum.... or by your invovement in the project ;-) 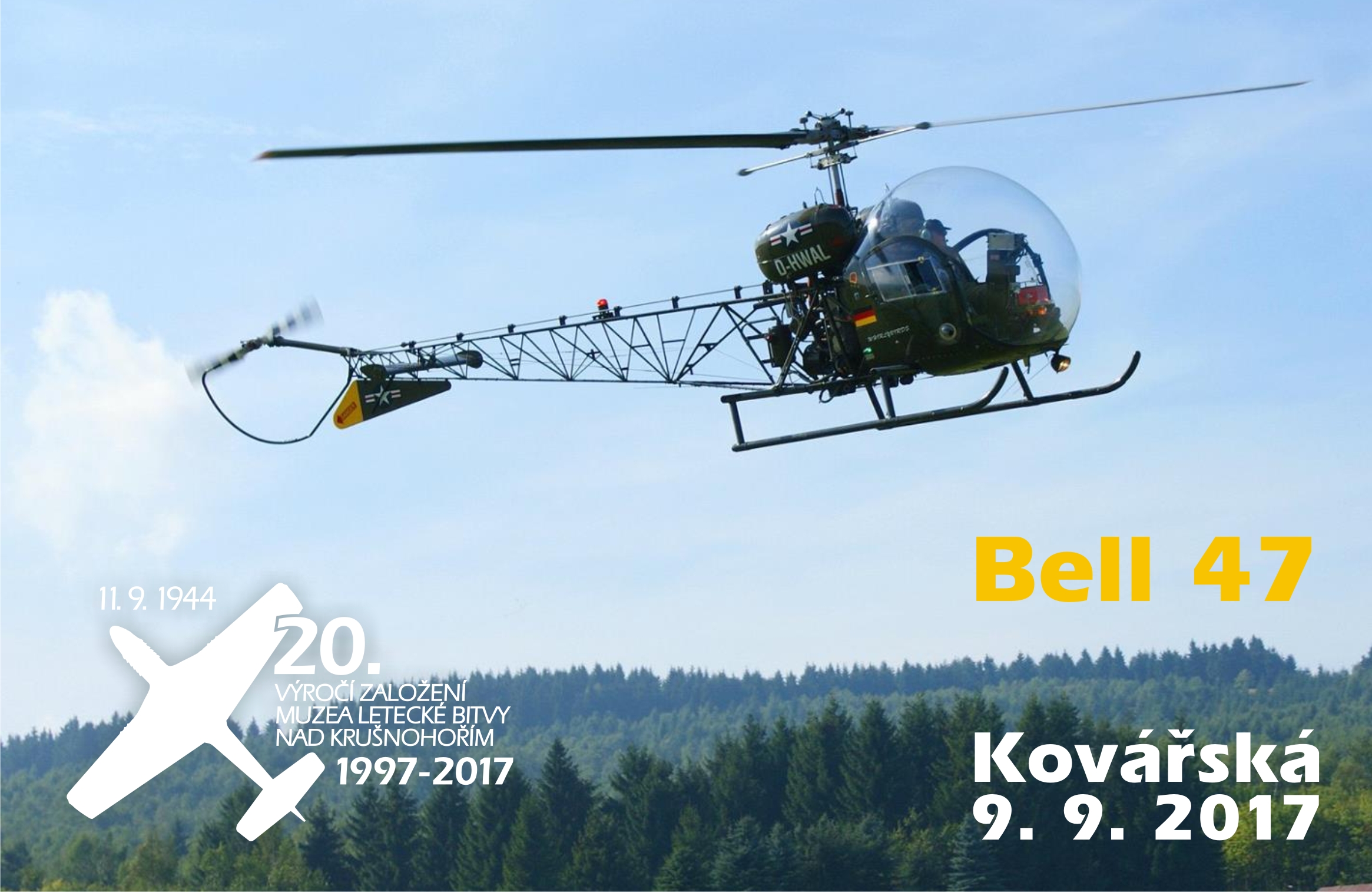 Confirmed! Also this year on our event on 9th September will be present the historical helicopter Bell 47 in USAF marking. 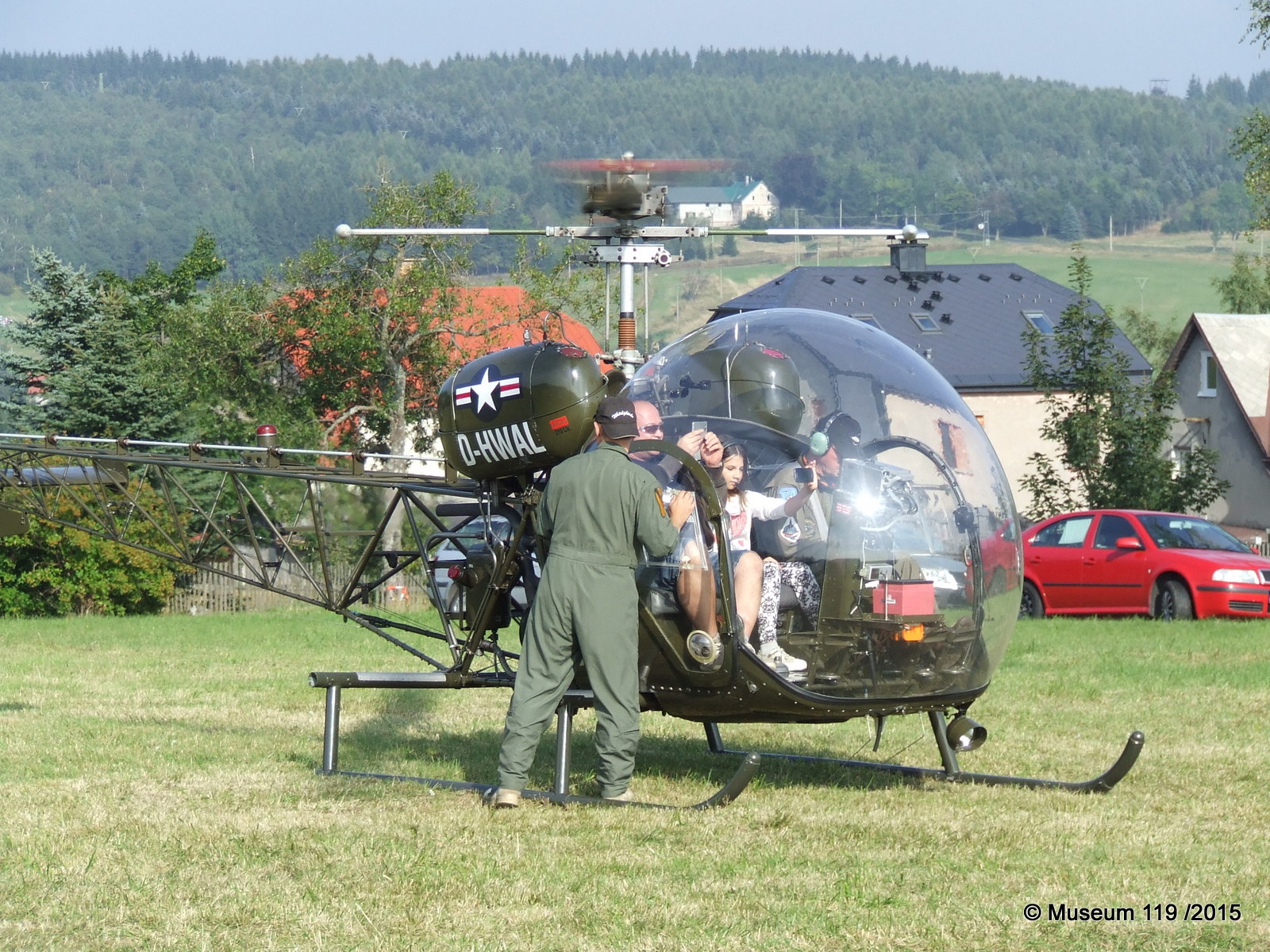 Today I would like to focus on a bonus which is included in some rewards - Benefit (B2), Direct hit (E2) and in fact also Wing Commander (I). 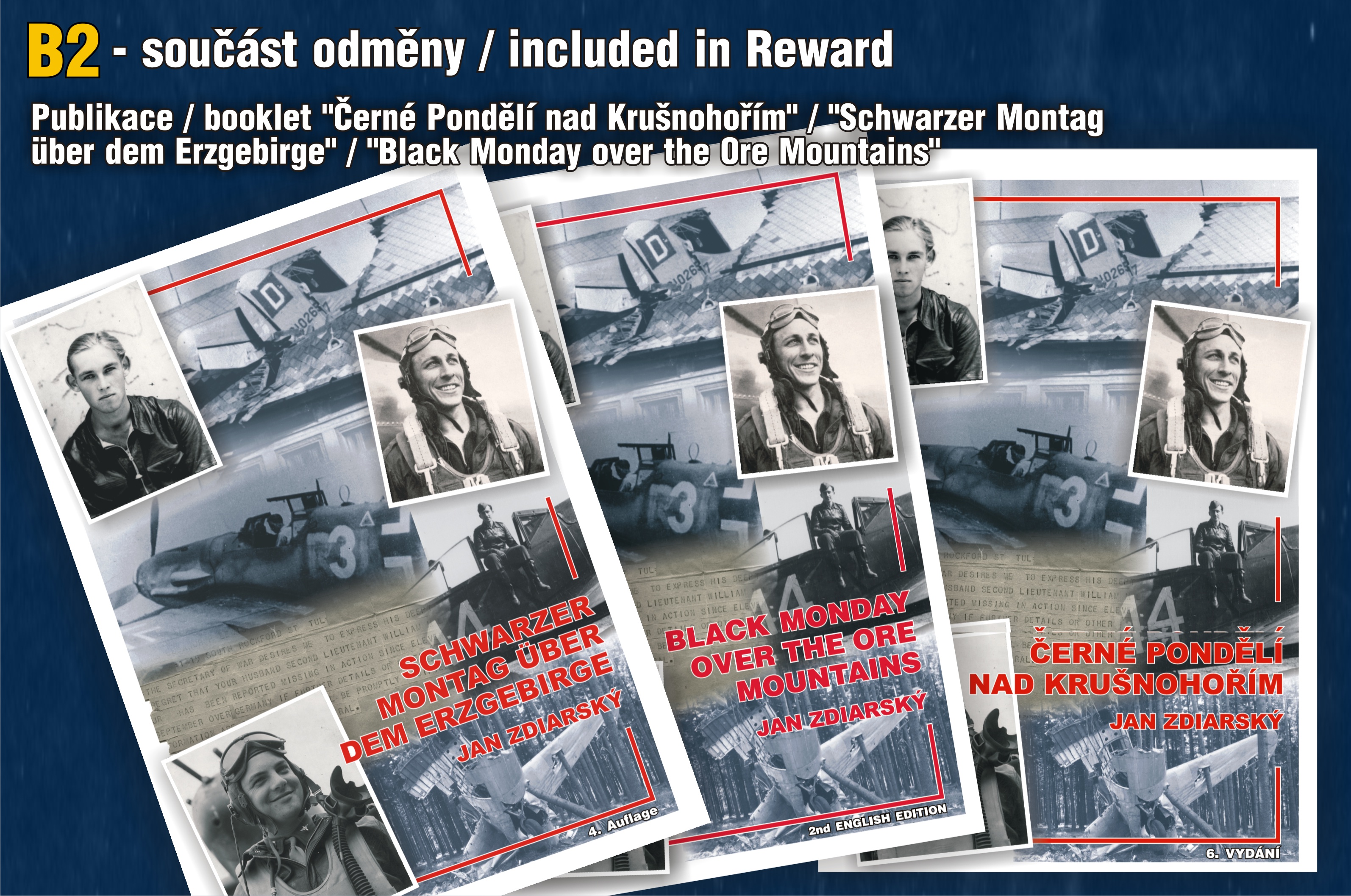 It is our publication Black Monday over the Ore Mountains (or German version Schwarzer Montag über dem Erzgebirge), which I originally wrote in 1994 in occasion of unveiling the Memorial for fallen airmen in Kovarska. During those years it has been translated to German and English, the Czech version had already 6th edition. Completely this publication has been produced in more than 20.000 pieces, which is in current years a good number. For a while we are not upgrading this publication and rather the time I am spending on work on a larger book which should be in ca 600 pages A4 size. But it will be a while before it will be finished. meantime there is this publication which can give you the most important part of view of this event. Your contribution on HitHit is one of those ways how to get this publication.

Me 262 print by Robert Bailey - included in reward H

Today we wanted to add some details for main part of the reward H - “Fighter Ace”.

It is an unique Aviation Art print on size  51 x 78 cm from Canadian author Robert Bailey. Original description of the artwork: “Dawn on a crisp February morning in 1945 at Brandenburg-Briest, Germany. Walter Schuck returns from a brief test flight in his Me 262 jet to discover that the airstrip is under attack by American fighters. Whilst Me 109's dive in to defend the base, P-51 Mustangs harass Schuck, as P-47 Thunderbolts bomb the hangars. 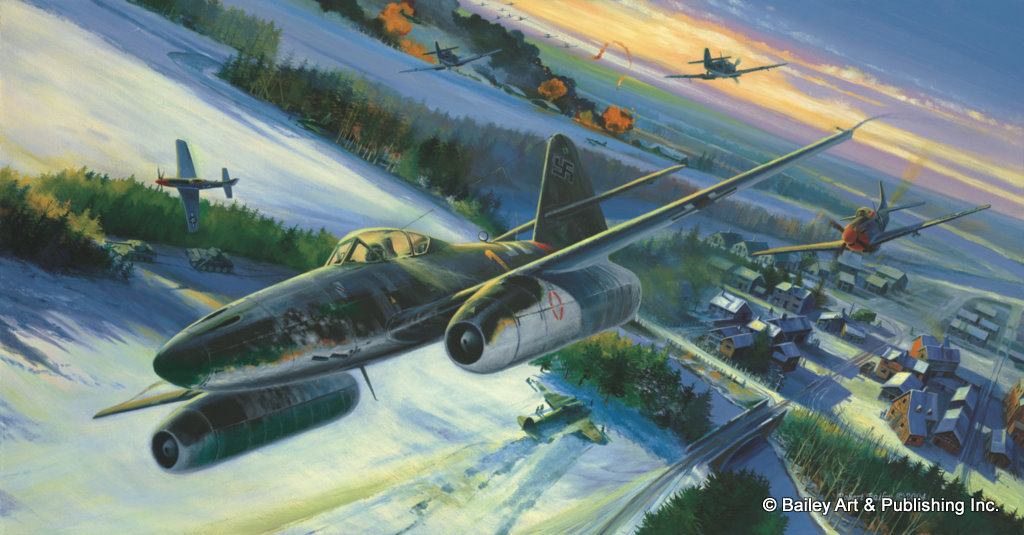 Limited edition of these prints was donated to the Museum by the author as a way of his help and also as our reward for assistance with some another Bailey´s prints.

Every print is numbered and signed by the author. Signatures of Luftwaffe veterans were added in 2004 during our reunion in Kovarska for the air battle anniversary. Two of German veterans flew the Me 262 with III./Jagdgeschwader 7 during WWII.

If you would like to know more about this artwork, or especailly compare our price to prices of various Aviation Art galleries, we can suggest to google search term „Bailey Dawn Intrusion“. 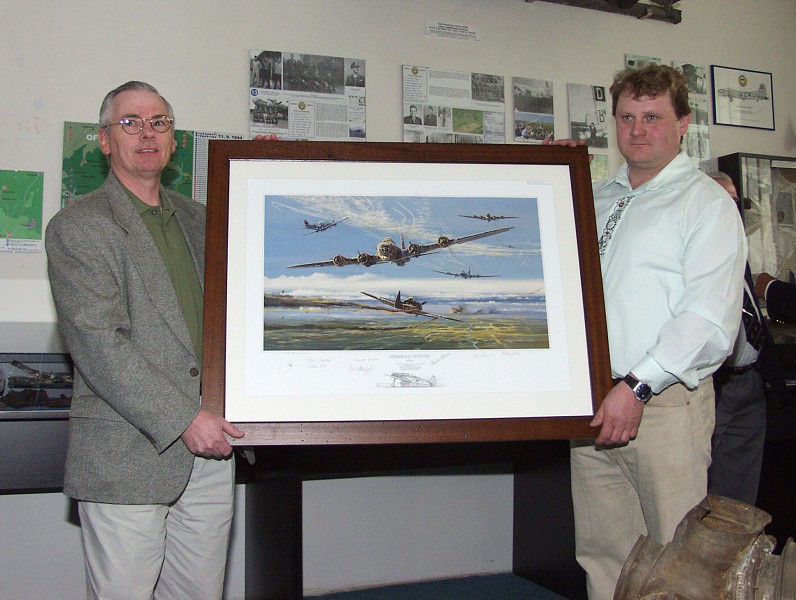 Robert Bailey (left) in our Mueum in 2003. On right is Petr Frank from our team. 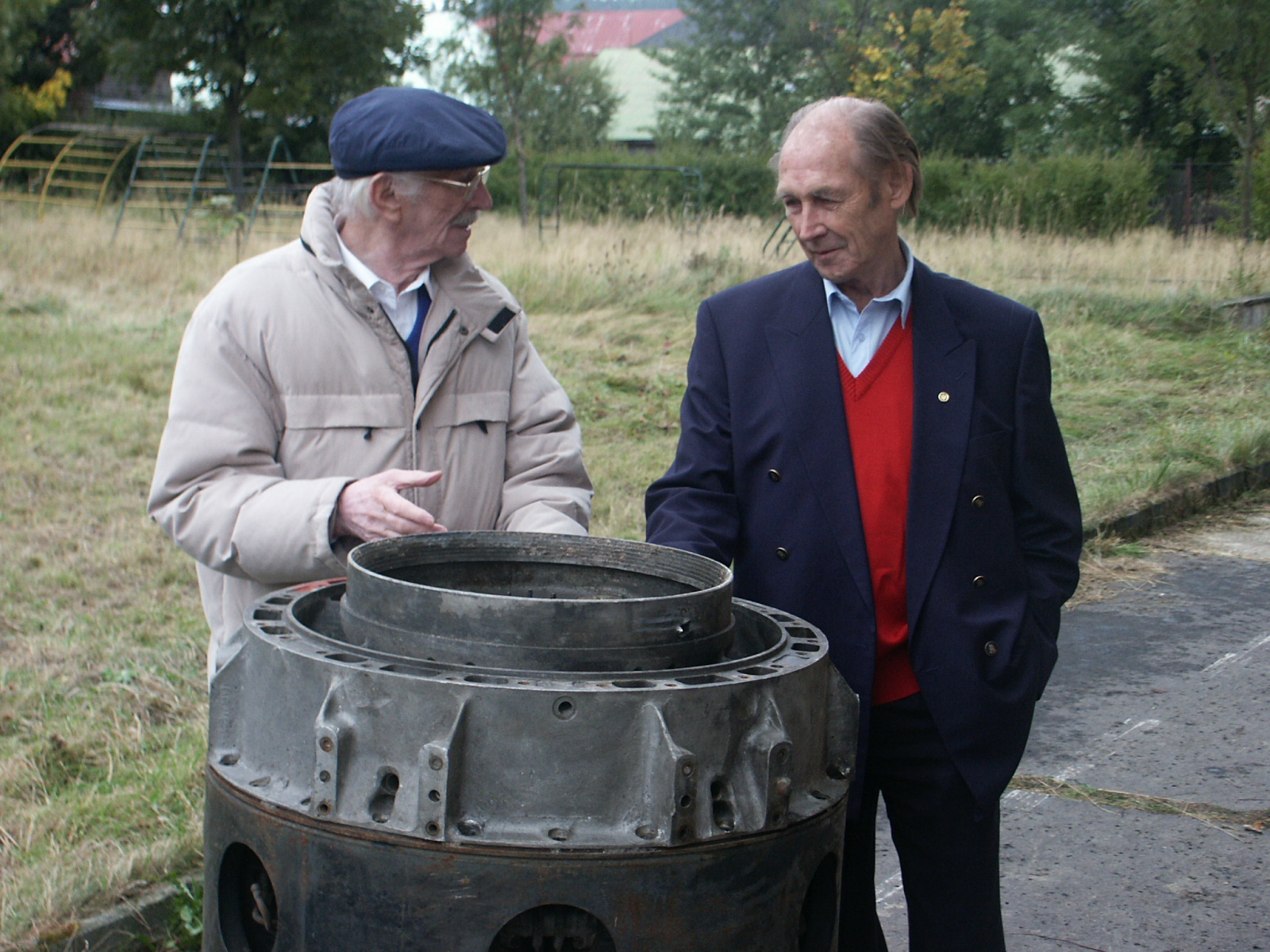 His great friend from wartime, Uffz. Hellmut Detjens, also pilot of Me 262 got one confirmed victory. It was on 11th September 1944 as pilot of Bf 109G from JG 4 (so in the air battle dedicated by our Museum). 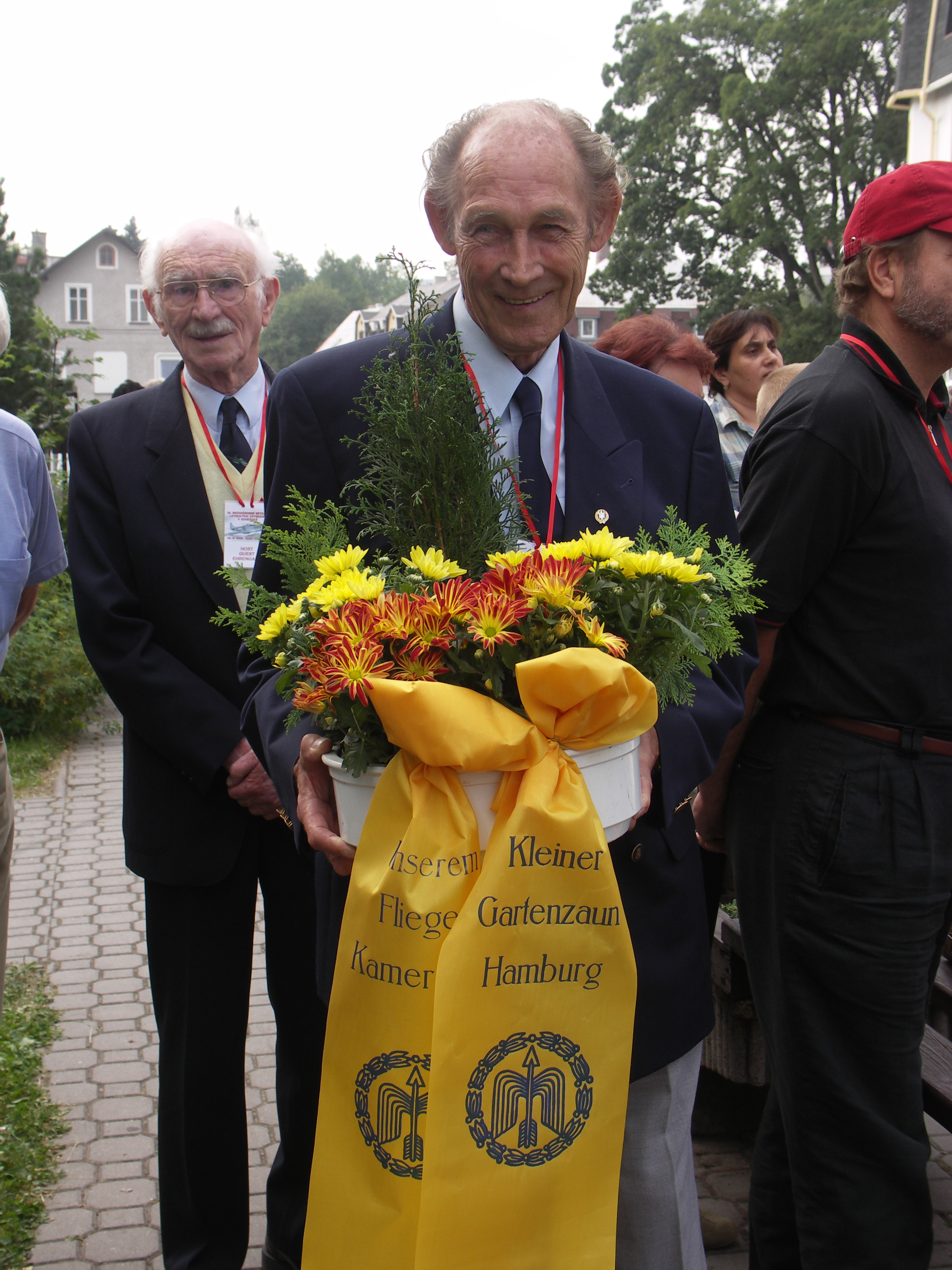 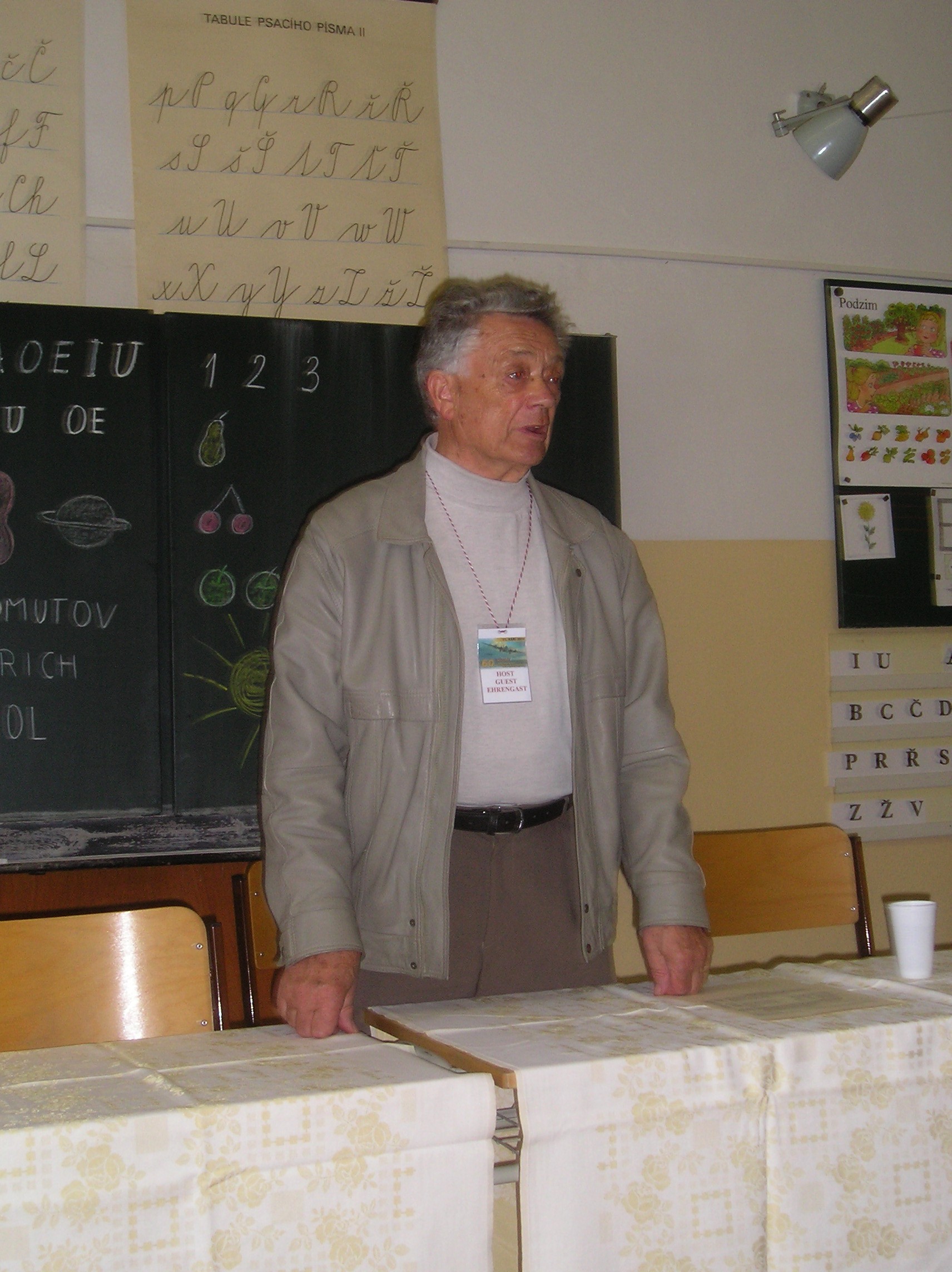 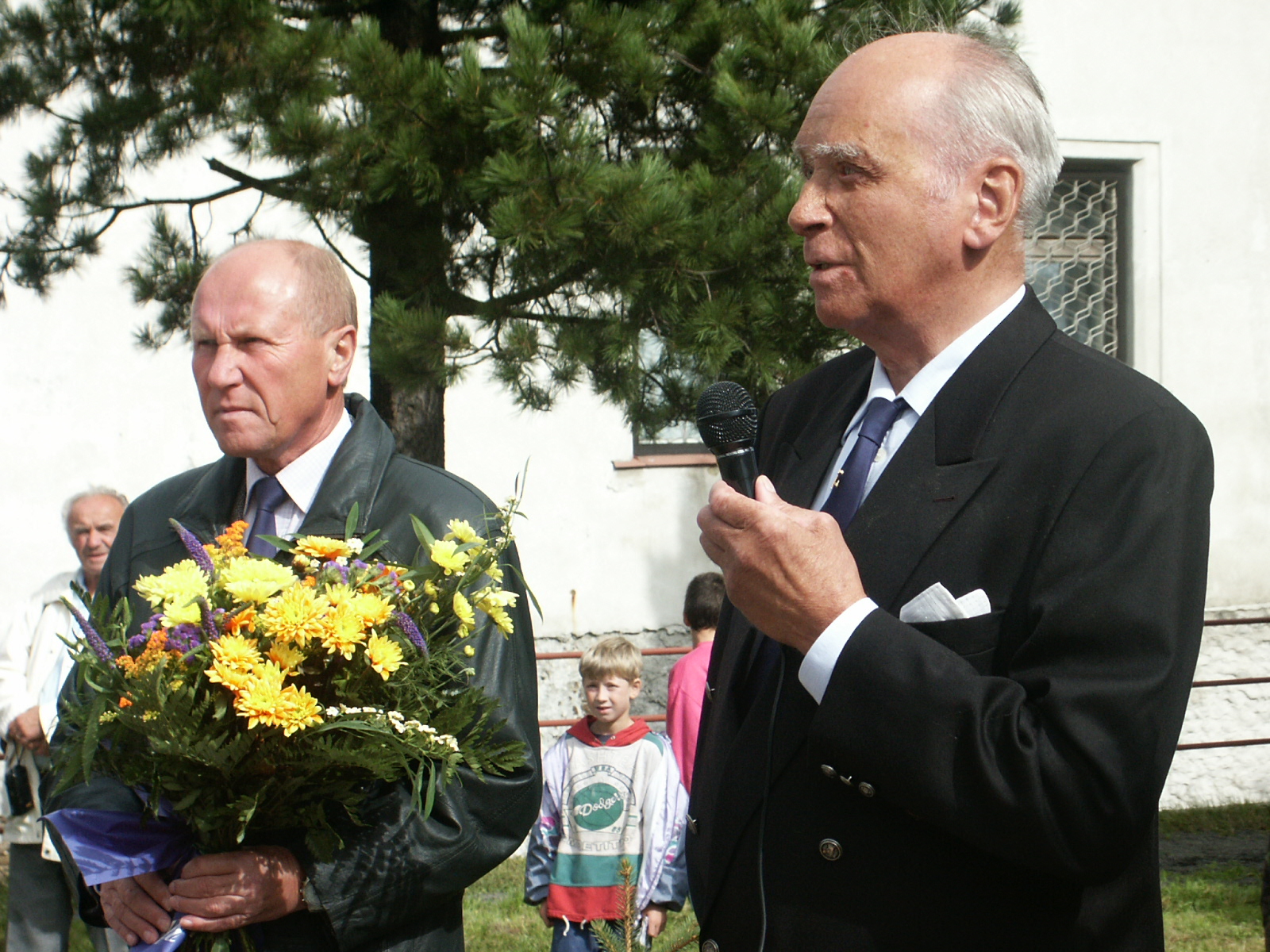 Manfred Kudell, Fw 190 pilot from JG 1 and JG 4 was seriously burned during crash in last days of the war, during the Berlin operations.

This update is especially for those who already contributed in our project. Many thanks!!

We are now slightly over 50% of the project deal and only some 12 days left.

Your help is greatly appreciated.  And as you know, it will be „barren“ in case we will not hit the 100% limit and you would get your money back, with no reward... :-(

Those 50 of you made over 50 percent. And so, I believe, if every one of you would be able to find one friend who will join this project as well, we will make it!

Please, try to help also by this way.... This is already not just our project, it is also yours. So, it is common thing. ;-)

Unique metal pendants as part of some rewards in production

Some our HitHit rewards contains also „unique pendants with the emblem of the event“. On the photo below you may see how they will look. We are producing these pendants in a limited amount and those will be available only for contributors on the HitHit project in selected rewards, then as part of the prize in plastic kits modelers competition (which is a part of the whole event) and especially for members of the military history clubs, reenacting the whole day all around with their historical WWII vehicles. 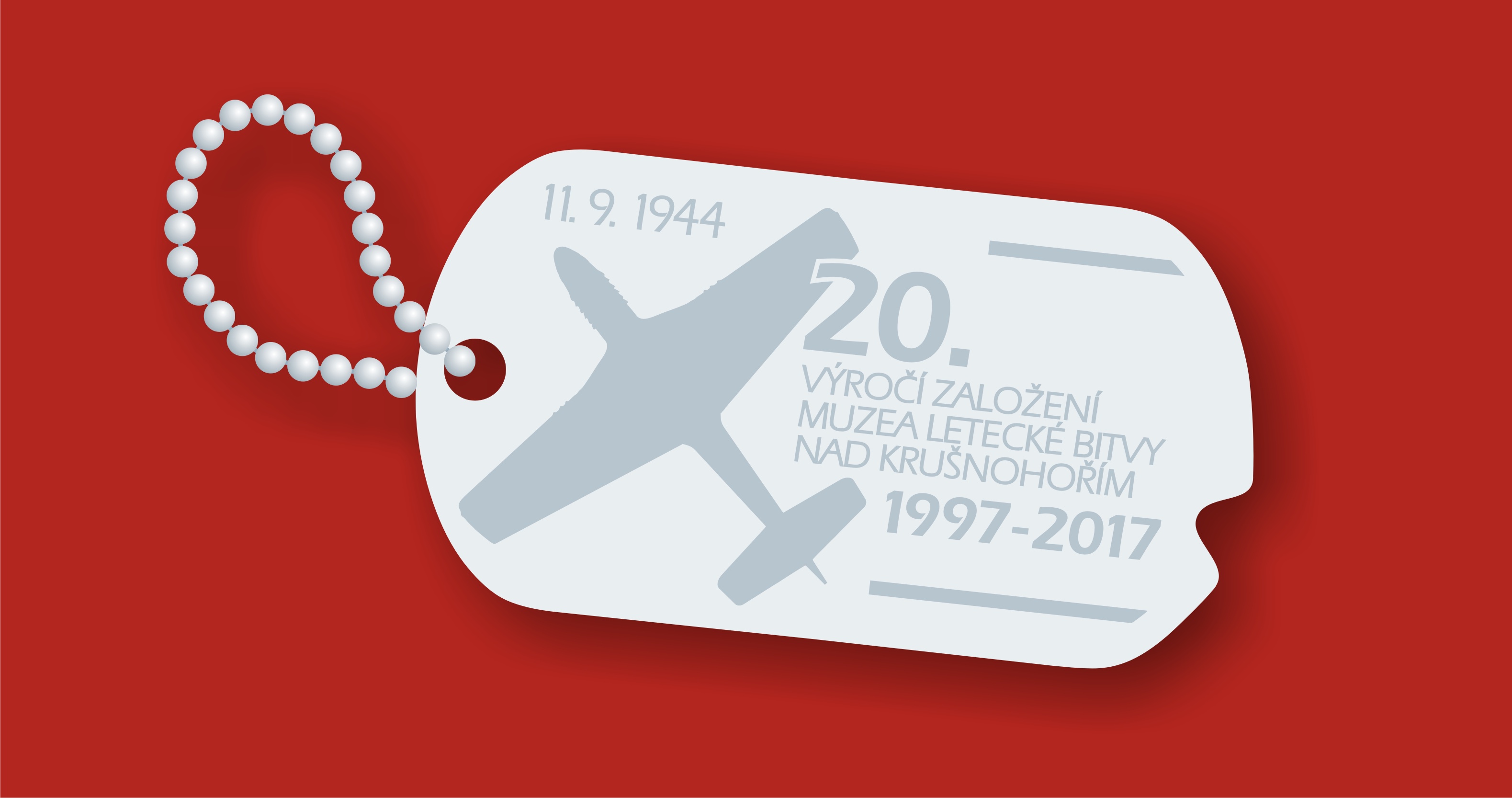 These metal pendants have the exact size and shape of US Army WWII dog-tags and as you may see, this year there will be already third variation. The design is finished and actually is in production. 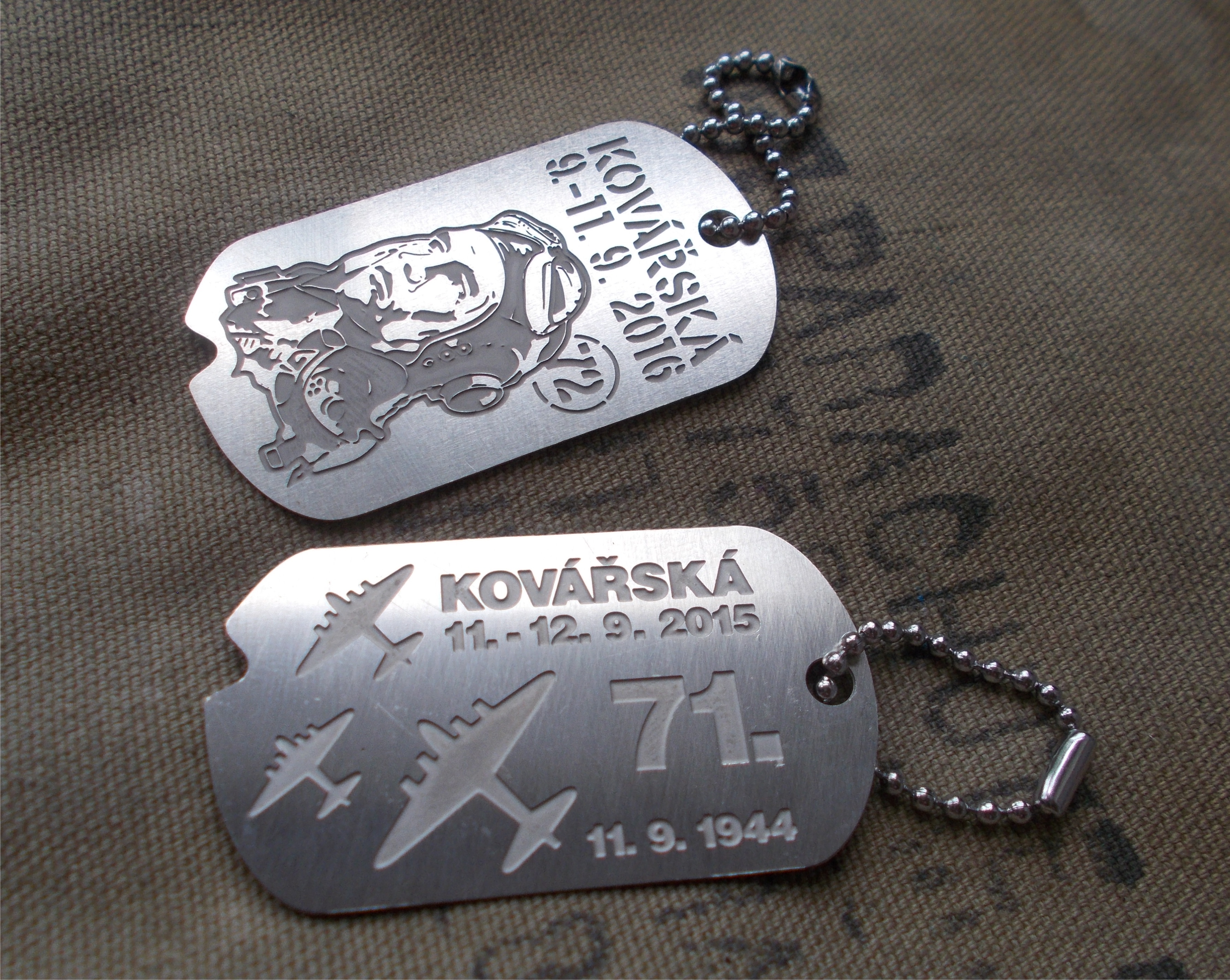 Exhibition about first 20 years of the Museum

Part of the Museums event on September 9th will be also an exhibition mapping our first 20 years. The opening by veterans of the battle in 1997, development of the exhibition, WWII airmen reunions, archive and terrain search, museum backgrounds, etc...
Actually we are working on particular panels describing each of Museum years. 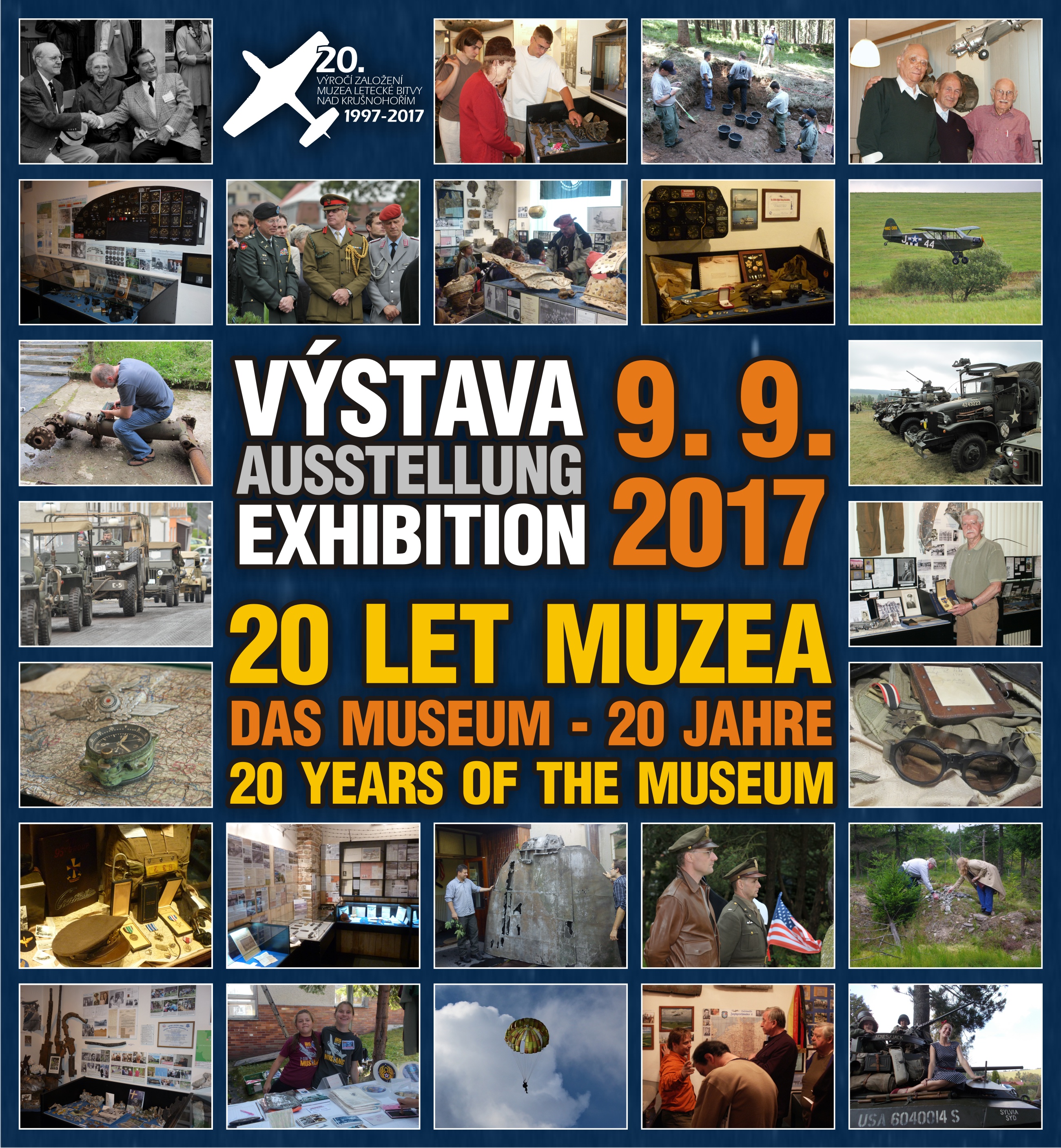 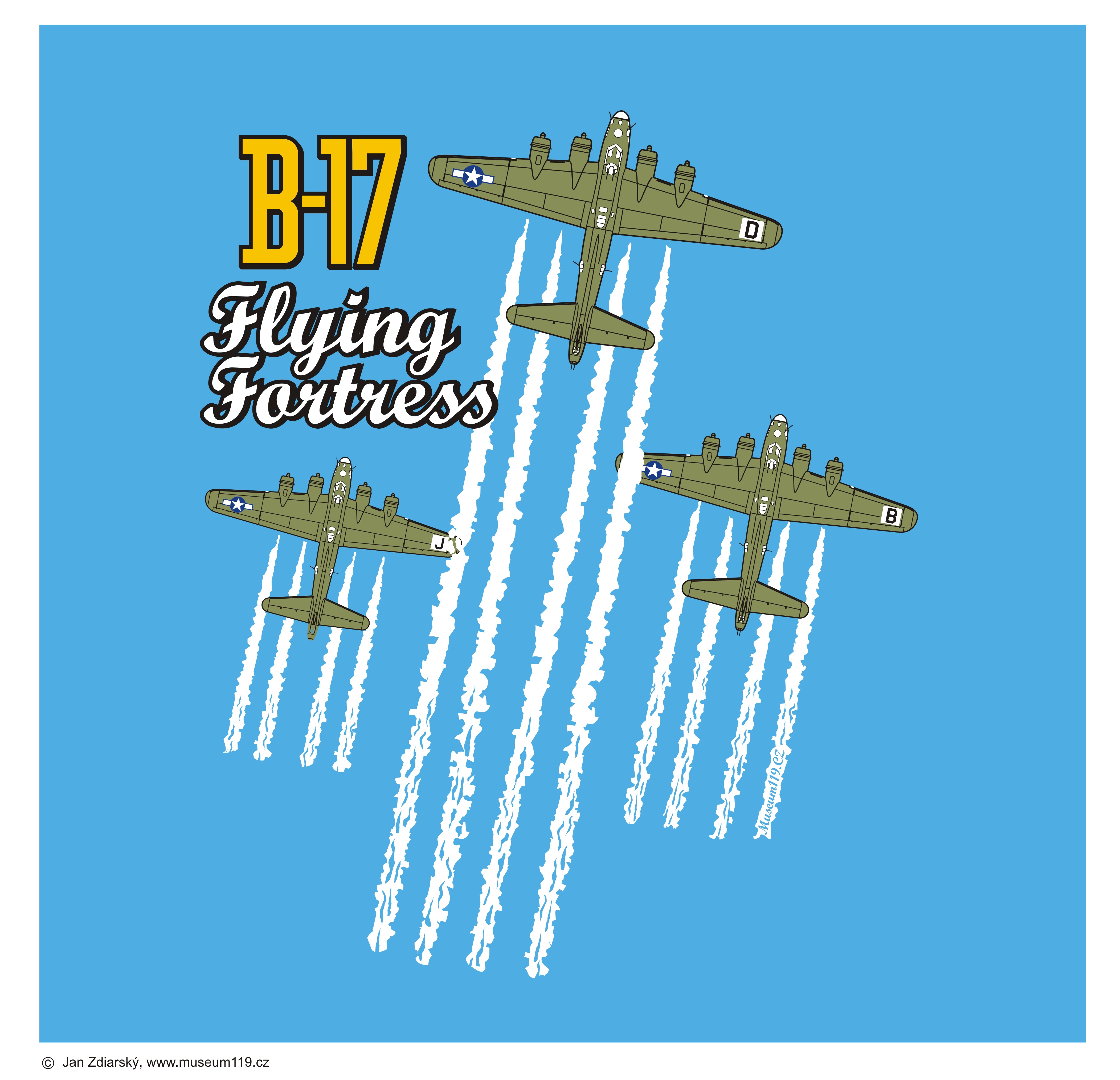 Some of our Rewards contains also two t-shirts from our museum production. They are our own designs, available exclusively from our Museum. 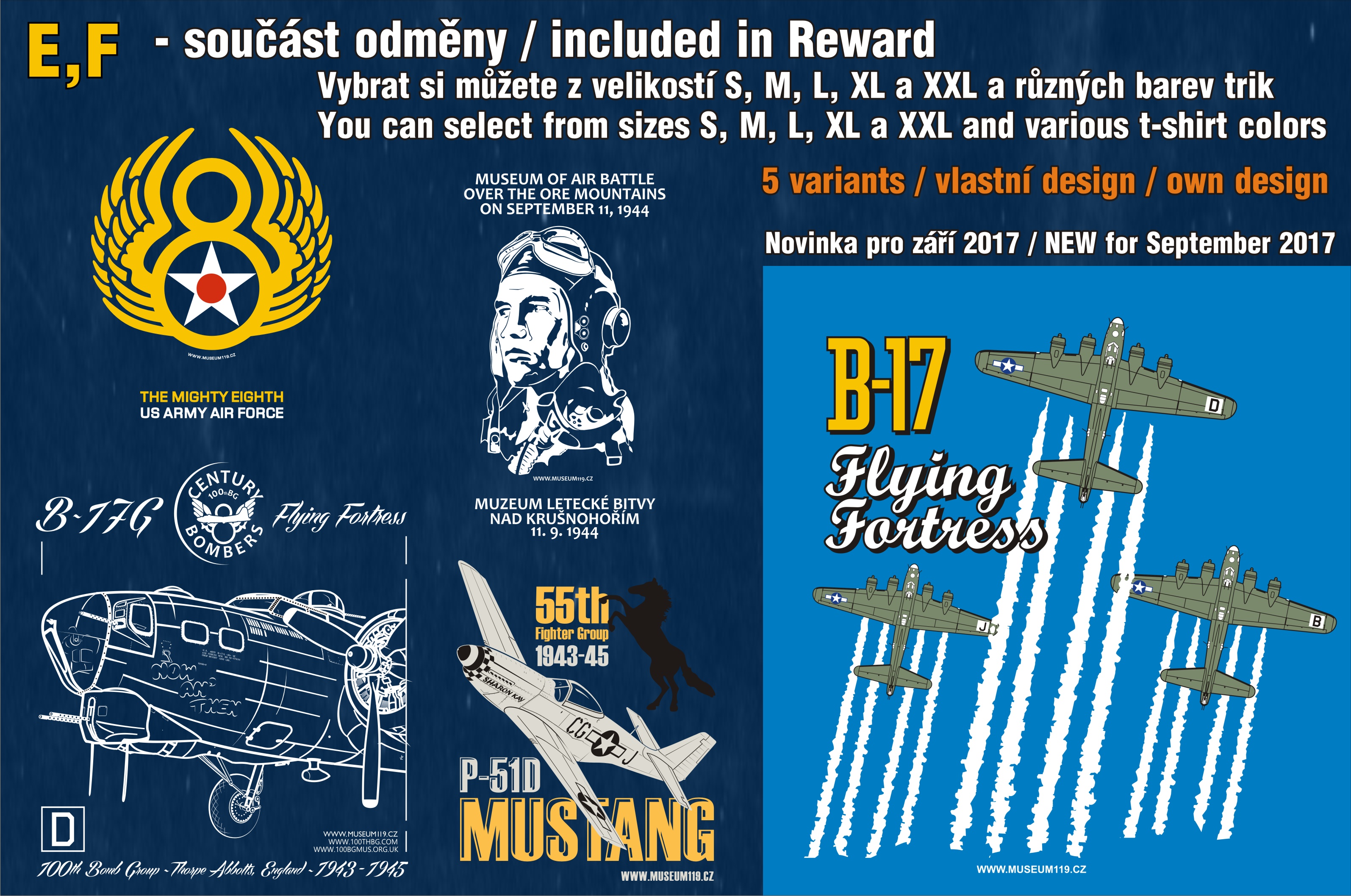 Usually we produce one t-shirt design every year. The new design for this year is ready for the printing company and will be produced in amount of 100 pcs only. This new limited edition will be preferably available to contributors of this project (of course, you can select any of actual 5 designs).
So, if you like this t-shirt, come to join our effort! 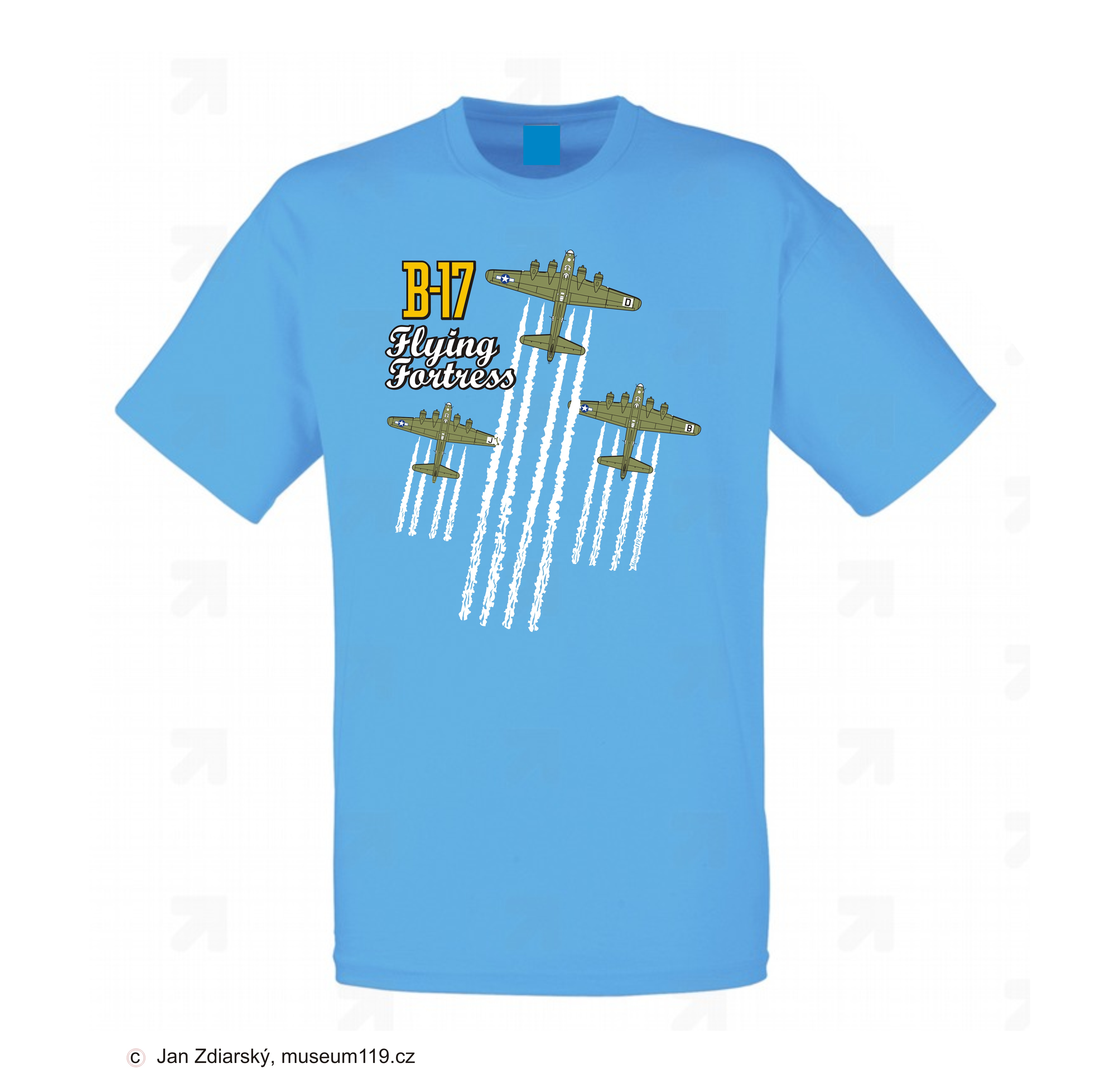 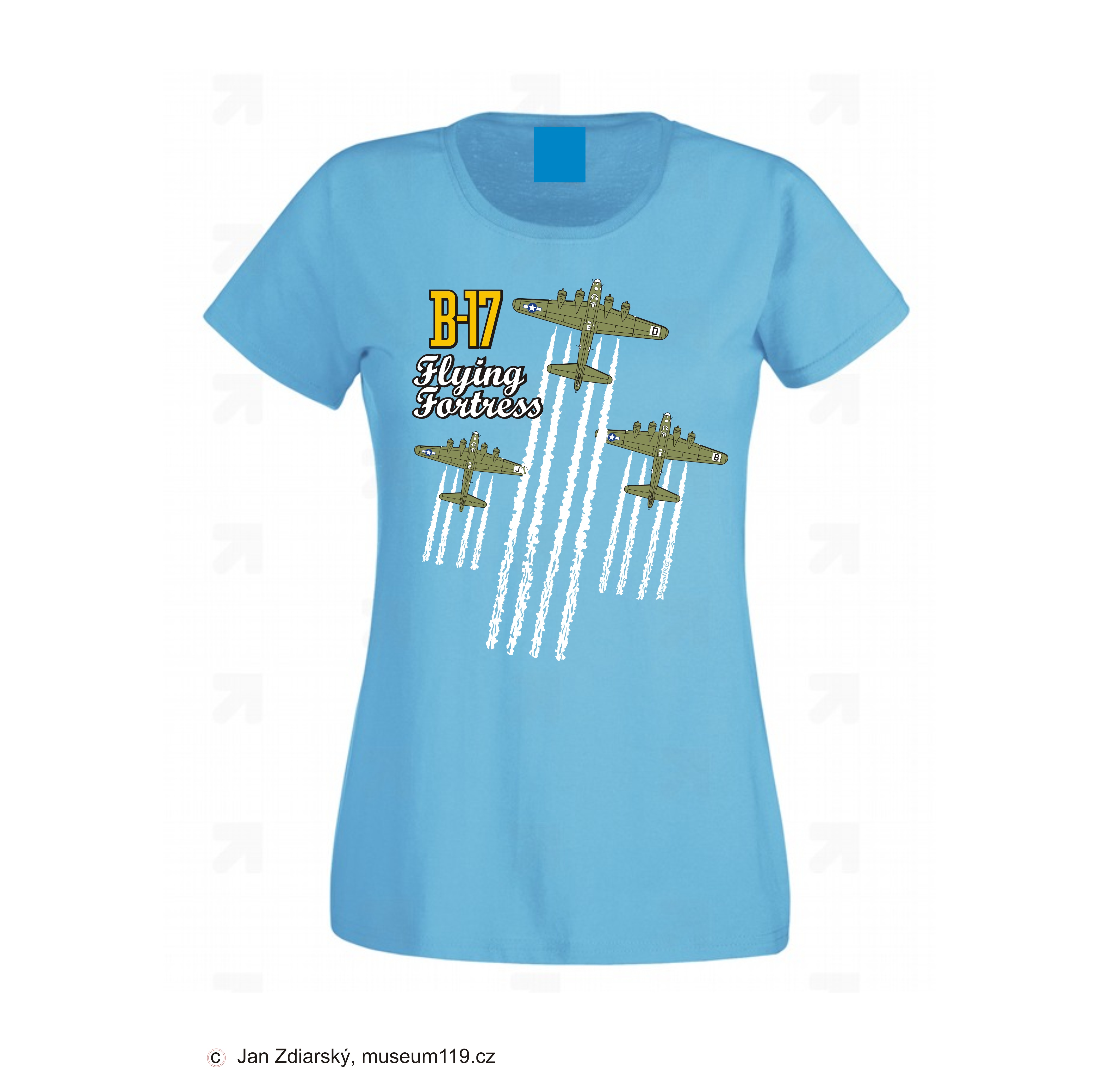