In 1993, Czech painter Otto Placht, moved to Peru, built a jungle house, had a children and became a member of the local Native American community. We are currently moving his artwork and everday Peruvian tribal items to Europe for a large exhibition.

How did it begin?

We constantly seek talented artists throughout Europe, and while doing so, we suddenly encountered a man, whom we had heard so much about, but had never met in person – Otto Placht. We were captivated by his stories from South America, tales of his Peruvian family and children, as well as his paintings which were full of southern energy. All that was in sharp contrast to his helplessness when dealing with hard European reality, where money and business call the shots. 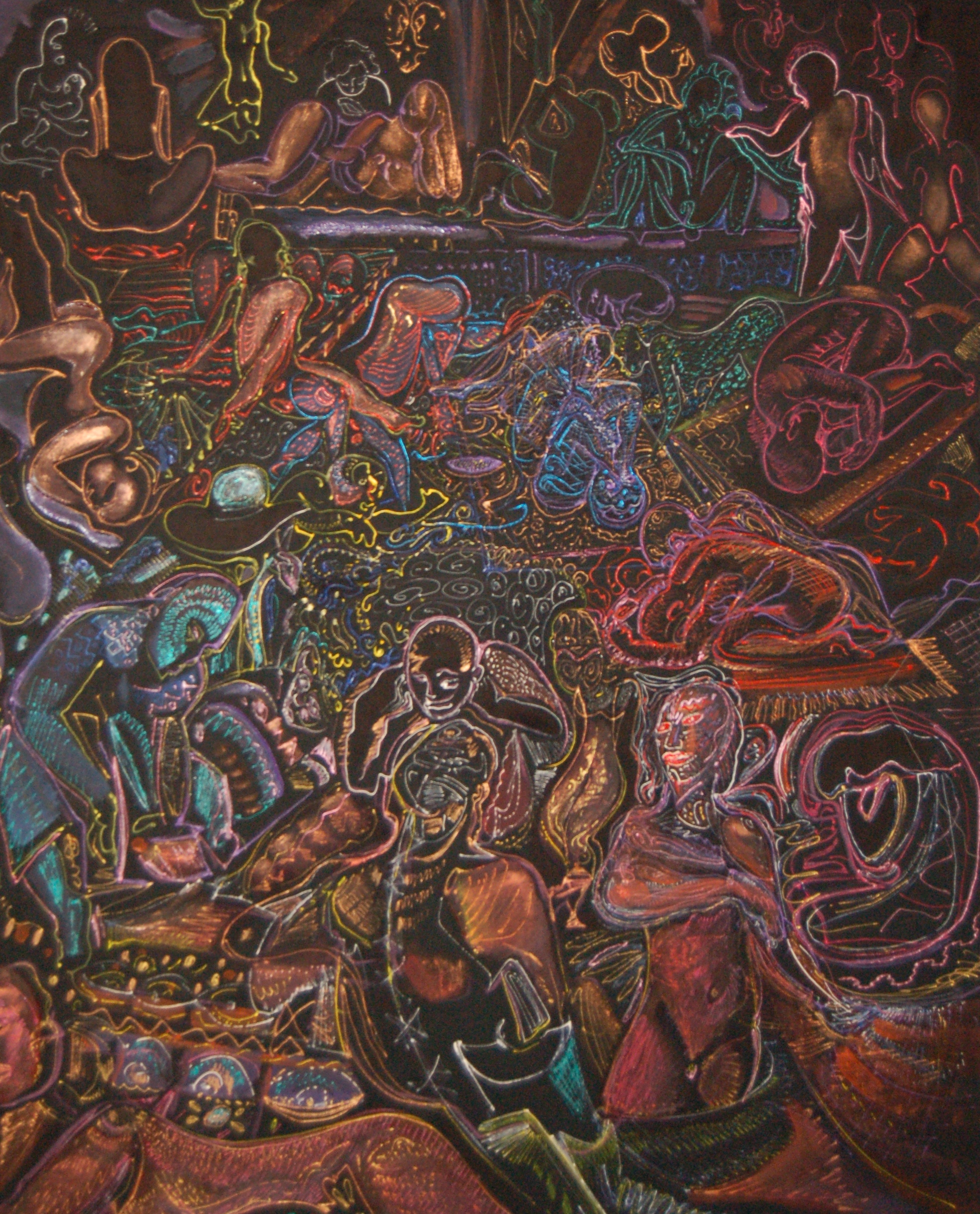 Our goal is to make a great summer exhibition full of jungle colours,  sounds, and smells, so that our visitors become engulfed in the energy of South American people, nature, streets and bars, as they spring out of Otto Placht's large scale paintings. The exhibition should be a great experience, especially if we decorate it with everyday items from Otto's Peruvian jungle home – items we are currently trying to bring over to Europe.

The Czech artist Otto Placht moved to the South American jungle in 1993, and is now slowly coming back out of it. At the beginning of his jungle odyssey Otto built a house in the jungle, and became a father and a member of a tribe. There he experienced a fight for survival, in the midst of the jungle, as well as close encounters with death and eternity, and the world of magic. Otto kept on painting, as he witnessed the disappearance of local customs, tongues, and traditions of the Native Americans. This disappearance of South American cultures is closely tied to the widespread destruction of the South American Rainforest and with it the extinction of plants and animals, which leads to the disappearance of part of the “knowledge of the jungle“.

All this led Otto Placht to decide to leave his Peruvian home, and to became a modern European artist again. The sole reason being to bear witness to the destruction that has taken place in the South American Rainforest.

The Egon Schiele Art Centrum is commited to supporting Otto Placht in his quest through a large scale exhibition of his paintings, made from forest pigments, together with objects from his jungle home, and other uniquely South American artefacts, that Otto has used for inspiration. 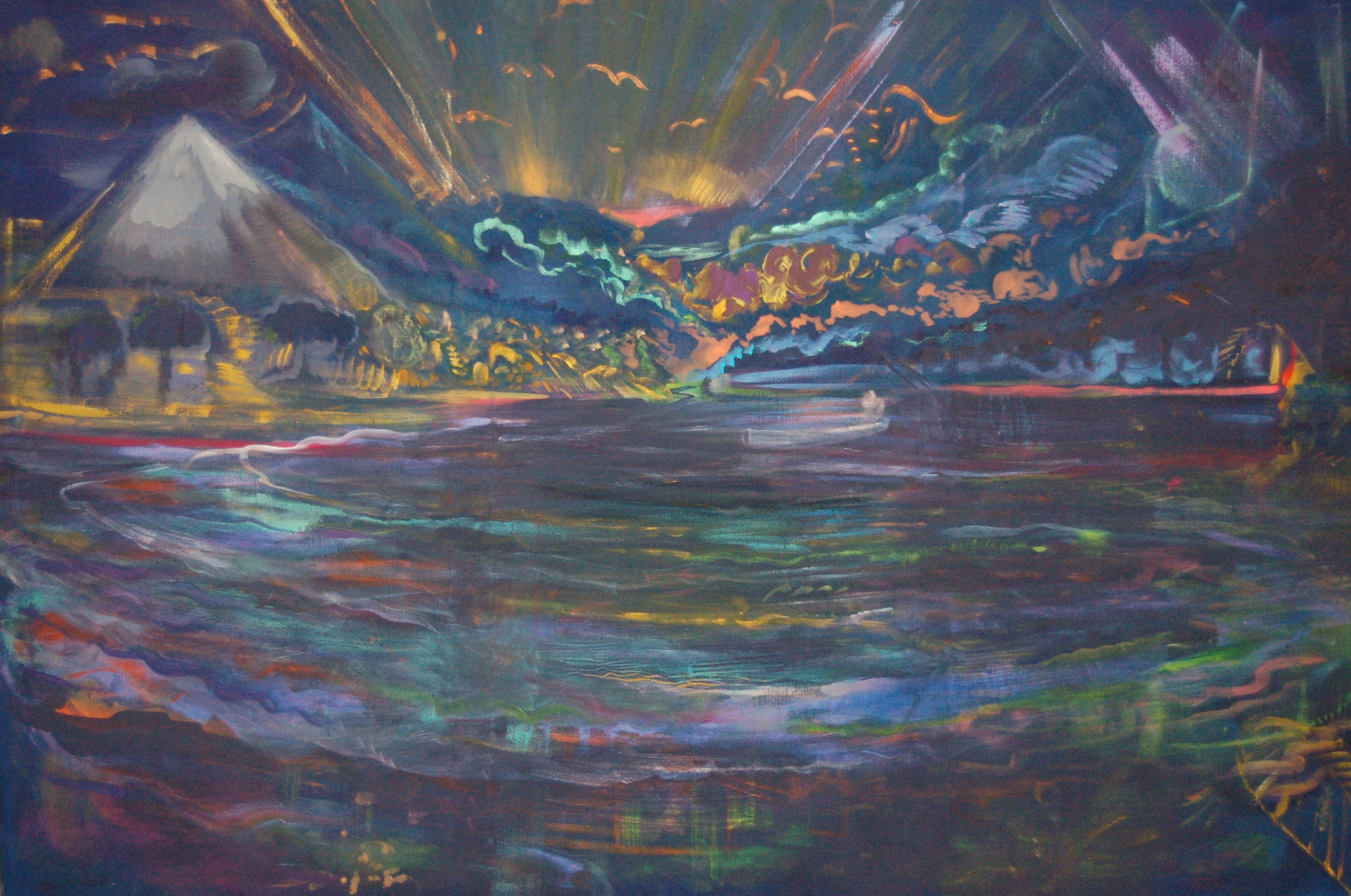 Otto Placht's exhibition will be supplemented by art created by Dimas Paredes Armas, the son of a shaman, who is inspired by visions and dreams, in which he communicates with his father - a great jungle shaman and healer. Dimas Paredes Armas‘s art is based on knowledge of the jungle, familiarity with local myths and legends, as well as patience and his desire to record the knowledge of his ancestors. 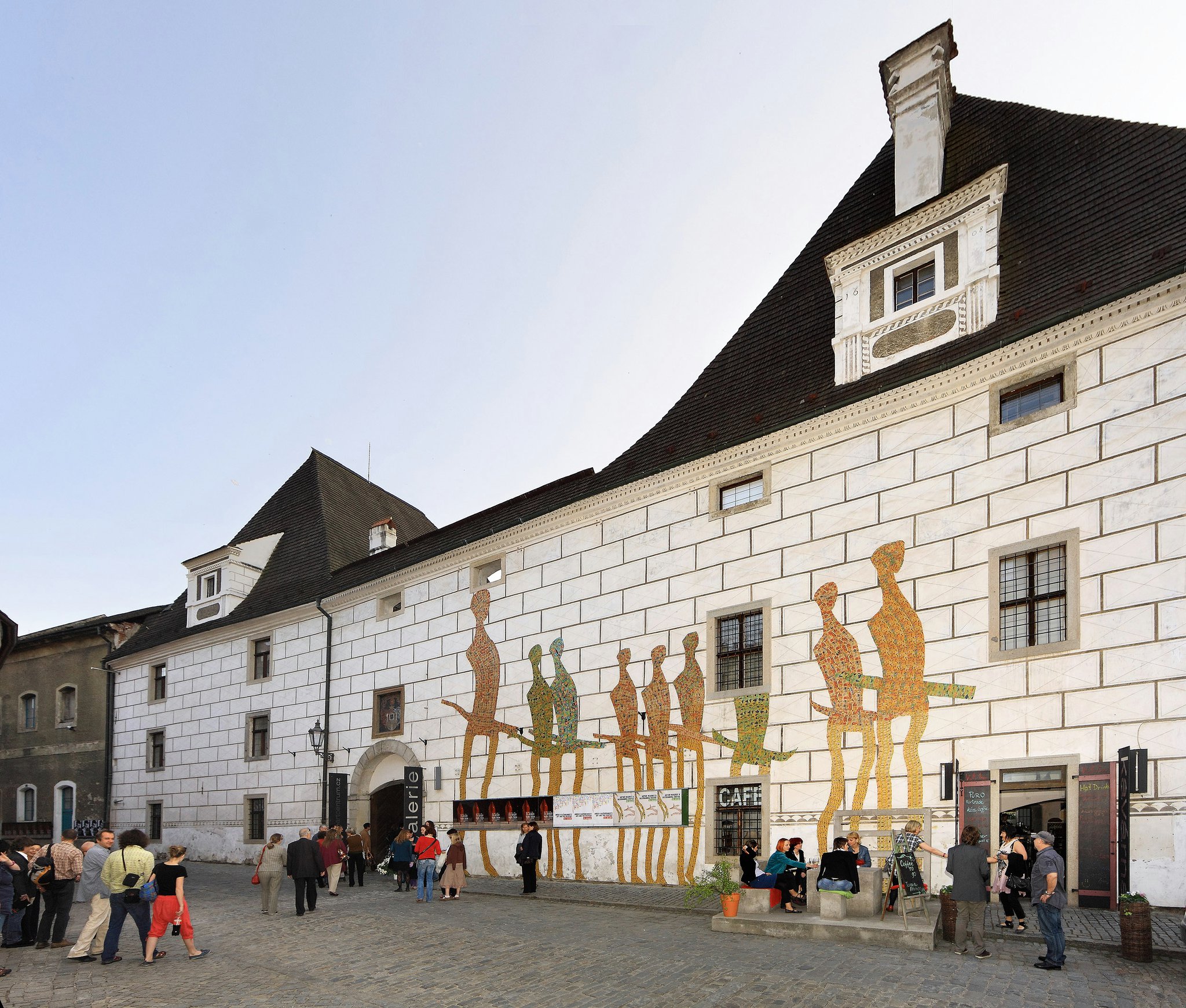 The Egon Schiele Art Centrum is a child of the Velvet Revolution. It is the fruit of the great efforts of its founders: Serge Sabarsky (USA), Gerwald Sonnberger (AT), and Hana Jirmusova (CZ). This effort has resulted in great success, but it has experienced its fair share of pain as well.

The Egon Schiele Art Centrum is located in the Renaissance building of the old town brewery of Český Krumlov. It has thousands of square meters of exhibition space, ten fully equipped studios for contemporary artists, a café and a shop. Over the years, our Art Centrum has been visited by more than a million visitors, including important politicians, presidents and royals from all over the world.

On the other hand, two of our founders are no longer alive, and we had to go through difficult  times after an original painting by Egon Schiele was stolen, or after our buildings were flooded... Thankfully, the stolen painting was found, and our buildings have been renovated, and now we are an even stronger and more experienced team, ready to take on new challenges, challenges that even other, richer institutions, decline to accept.

Why do we do this?

We want to support good artists and their message – in this case observations from the Peruvian world, which has not been fully understood by Europeans  to this day. It is in any case a stunning and inspirational world, as we can see from any art created by known and unknown artists, including the expressive art of Otto Placht. This art which has been inspired by South America bears witness to the incredible natural beauty, which we adore. But at the same time, we can only watch as the South American Rainforest rapidly disapears. The exhibition can show us a way of perceiving art and protecting nature, as well as the courage of a single Czech artist. 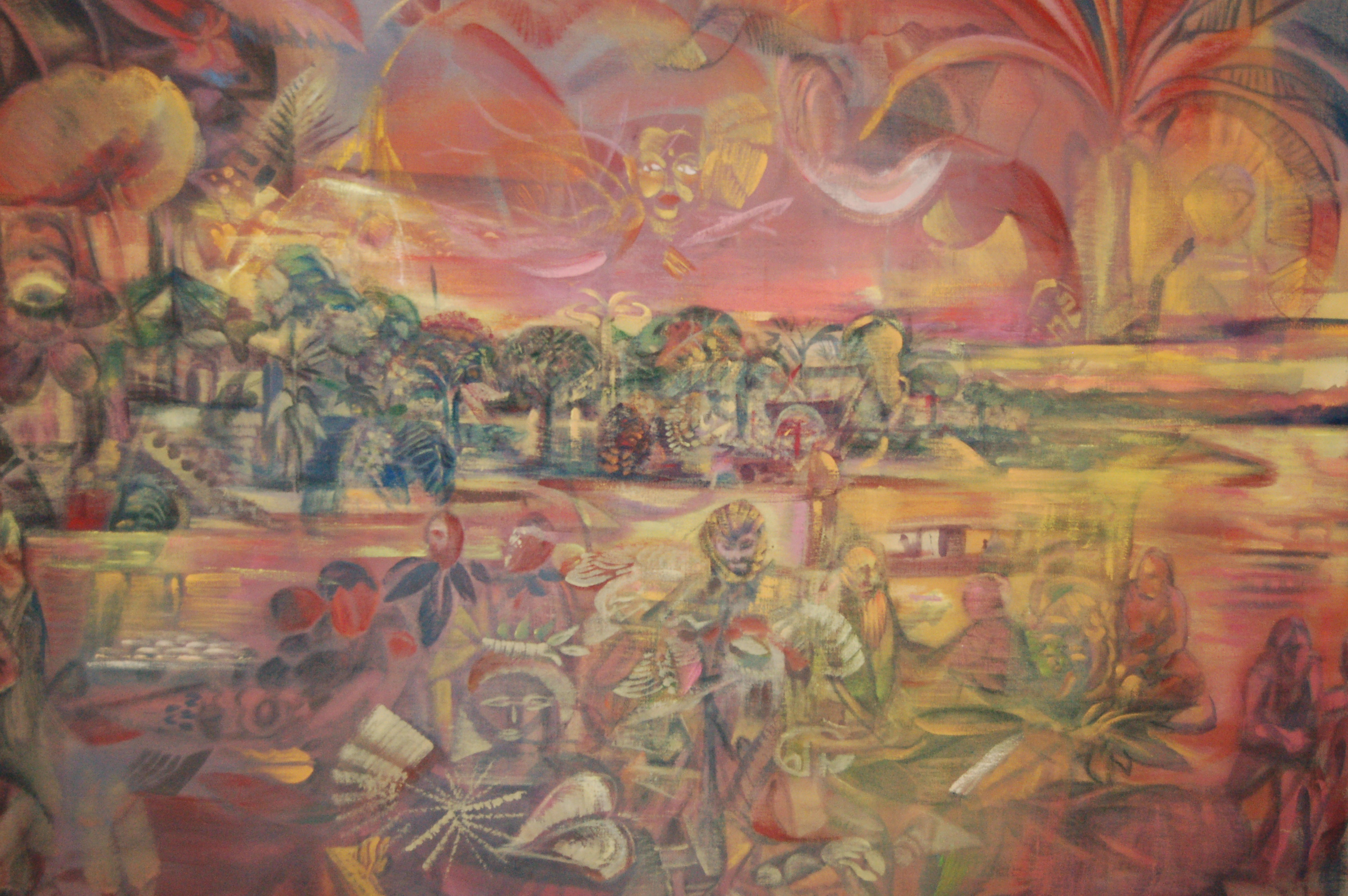