Journeys was a play based on true stories of the ancestors of children from Story Theatre. The show included 6 poignant, original songs composed by Bára Dočkalová. We recorded the songs and want to release a CD and a book to keep these stories alive!

We took our suitcases out of the attic and we opened them...

That's how it all began. There were 12 metaphorical suitcases belonging to the members of Story Theatre, a children's theatre company based in Prague and led by Leah Gaffen.  Based on true stories from the families in the troupe, we created an award-winning performance about unknown heroes from the past three centuries.  The first was about a girl sent on the First Fleet to Australia.  The next about a Jewish family who left Poland in 1914 to search for train full of chocolate.  Another about the trauma of fighting in WWI.  How a Czech Legionnaire returned home after the war to discover his beloved had married someone else.  The desperation of a Jewish father in Vienna in 1939 who sent his son to Ireland with a bicycle.  An American soldier's journey east from Normandy to Czechoslovakia, liberating a concentration camp along the way  - never forget.  Moral choices of a 19th century businessman.  Bombardment of Dresden.  Destruction of a Slovak home. The bravery of one woman living in a small Czech town at the end of WWII.  And the courage of a mother to help an abandoned baby...

All of those are our stories

After we gathered the stories for Journeys, songwriter, author and playwright Bára Dočkalová jumped on board.  Bára wrote six poignant songs and compositions for the show which captured the characters' hopes, fears, and dreams.  Thanks to the beauty of the songs coupled with the personal quality of the stories, Journeys won the Czech National Children's Theatre Festival in June 2019 and was the Czech Republic's nominee for the 2020 World Festival of Children's Theatre (Toyama, Japan).

We started the project with a sense of curiosity.  By the end, we felt a huge sense of responsibility.  A debt to our ancestors who had given us these stories.  To those who had to make life-changing decisions.  To the ones who helped others - sometimes risking their own lives.  Without them, we would not be here.  With great humility (and sometimes with chills running down our spines), we took on their roles and sang for them.

And then came the final show

..and it was over.  Or was it?   With the encouragement of Daniel Zezula from the sound recording studio Vranik, we decided to make professional recordings of the songs, along with a beautiful CD booklet and a book that would chronicle Journeys.

This project is dedicated to all of our ancestors, and also to the family members who helped us take the suitcases out of the attic and open them.

They say that people die twice

...initially when their physical bodies die, and once again when there is no one left to remember them.  We have tried to keep the memories of our ancestors alive a bit longer.  We hope that this project might inspire other kids to ask "Grandmother, what was it like when you were little?"

Will you help us?

The money raised through this campaign will be used to create a professionally recorded CD with a 12-page color booklet, an online CD, and a book that chronicles the process of creating Journeys.

What are Memory Cards?

If you make a donation to our project, you will help keep someone's story alive.  We have created a symbolic prize: Memory Cards. Each one (there will be 7) will include a portrait of one of characters from the show plus more about their lives on the back.  As the rewards increase in value, donors will receive an increasing number of cards - and keep an increasing number of stories alive. For the larger donations, we will create a memory card of one of YOUR relatives which will include original artwork by the artist who made the Journeys poster (see below). 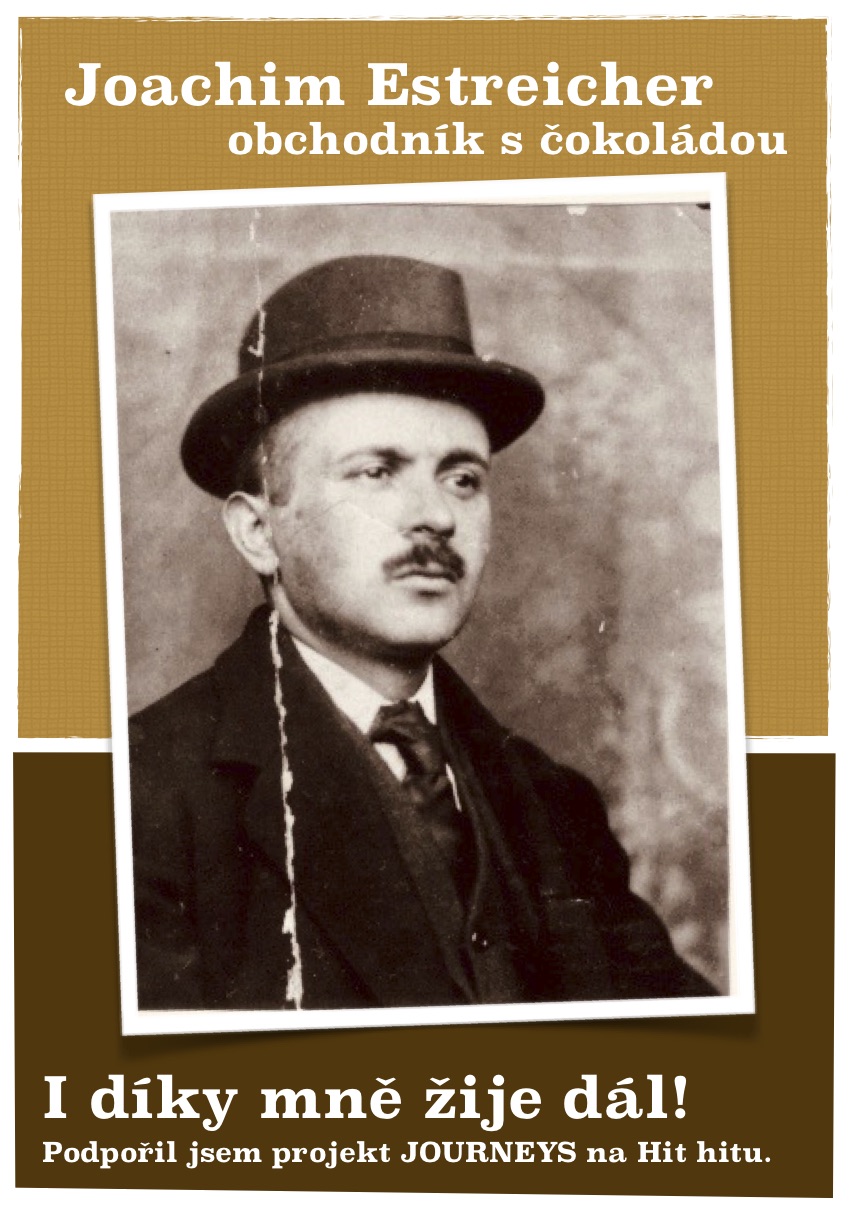 What will the CD, the CD booklet and the Journeys Chronicle look like?

The CD will include five songs of Bára Dočkalová (recorded professionally and mixed by Studio Vranik) plus  the original score made for  a film that was part of the show. The Journeys Chronicle will be a book that includes the script of the show, photos, and all of our stories.  Below you can see mockups of the CD, the Journeys Chronicle book, and part of the 12-page CD booklet (which will include all of the song lyrics, the stories from the show, and a list of our donors). 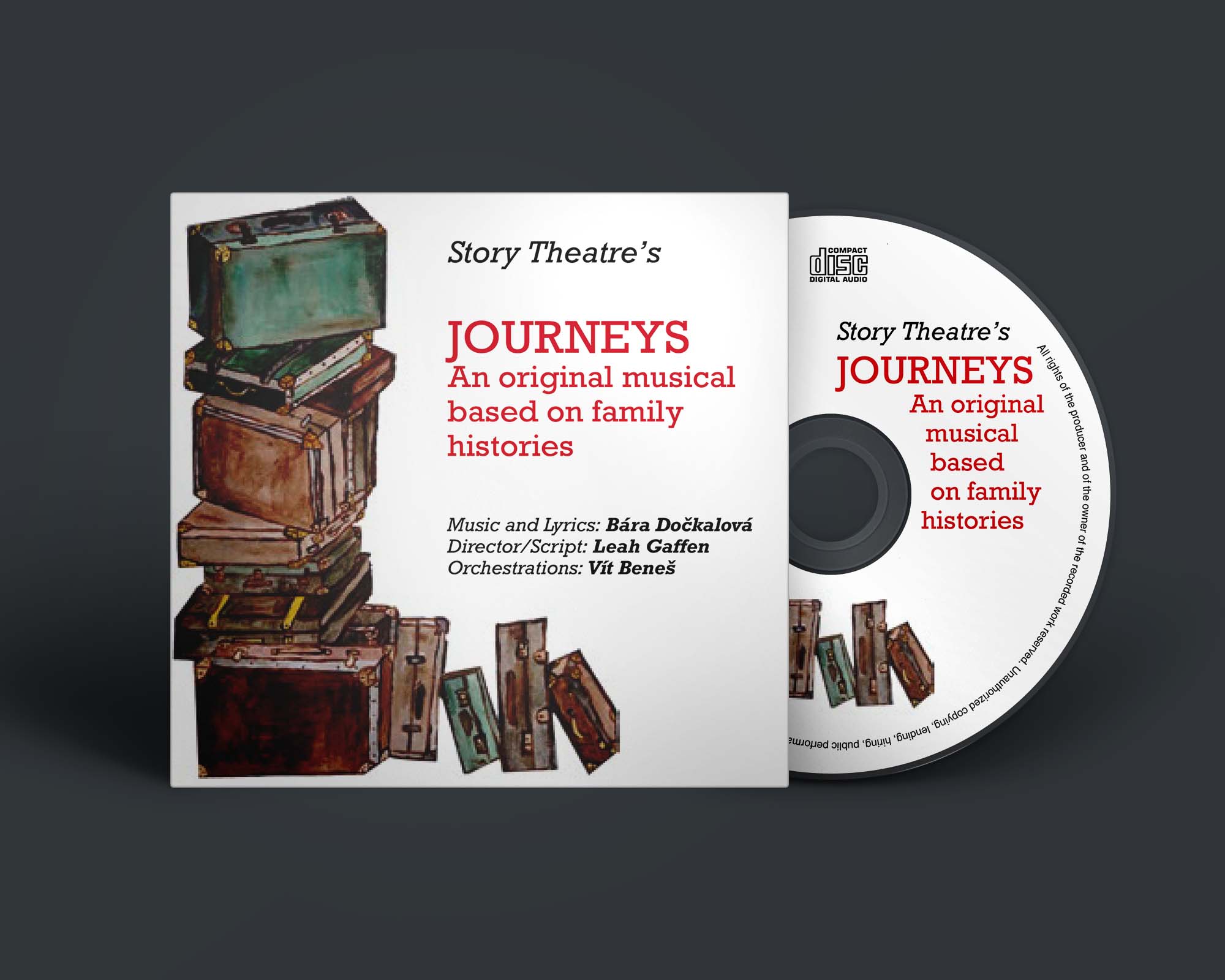 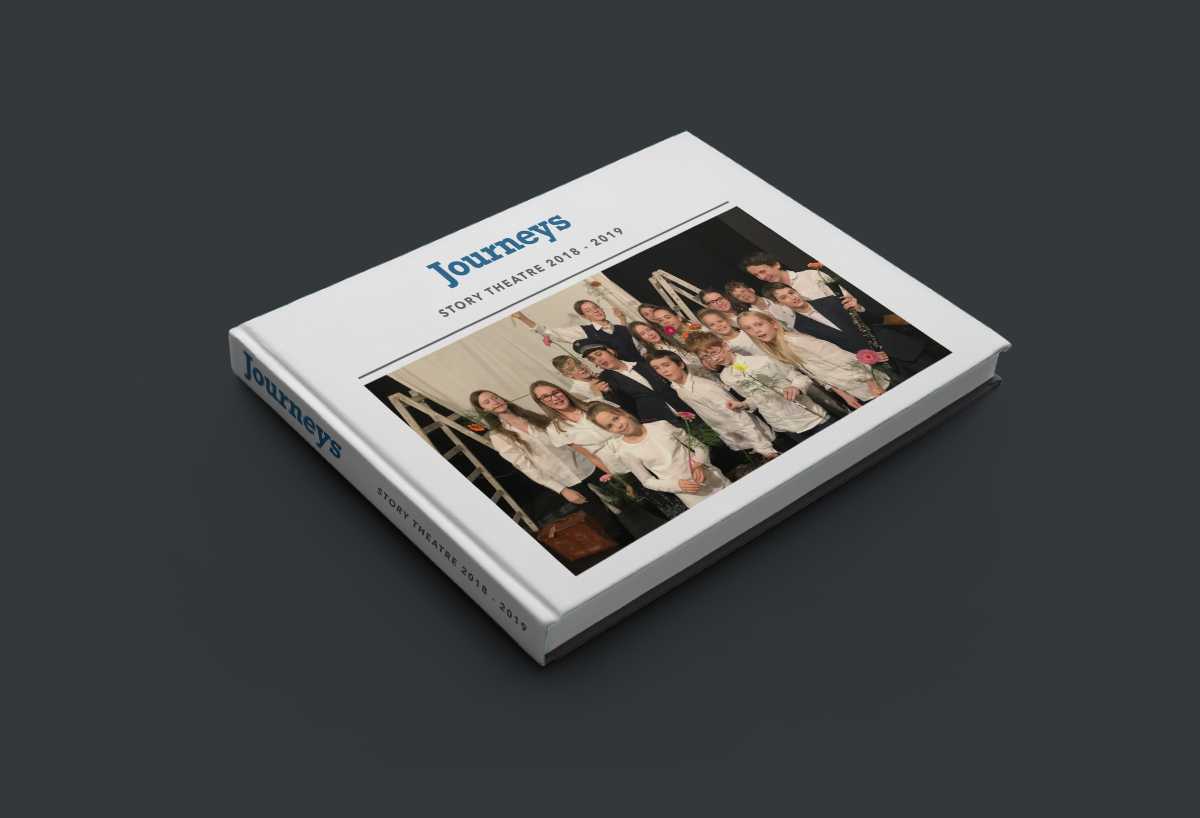 What if I choose a bag or a mug?

Cloth bags and mugs will have original designs created by 15-year old Johana Trejtnar.  You can choose the below image (used for our poster and CD booklet) or one from our online album which represents a specific story from Journeys.  The online album designs have not been created yet but will include a mango, an old bike, a wagon full of chocolate, the map of a journey to Australia, and the poems of Václav Hornych. 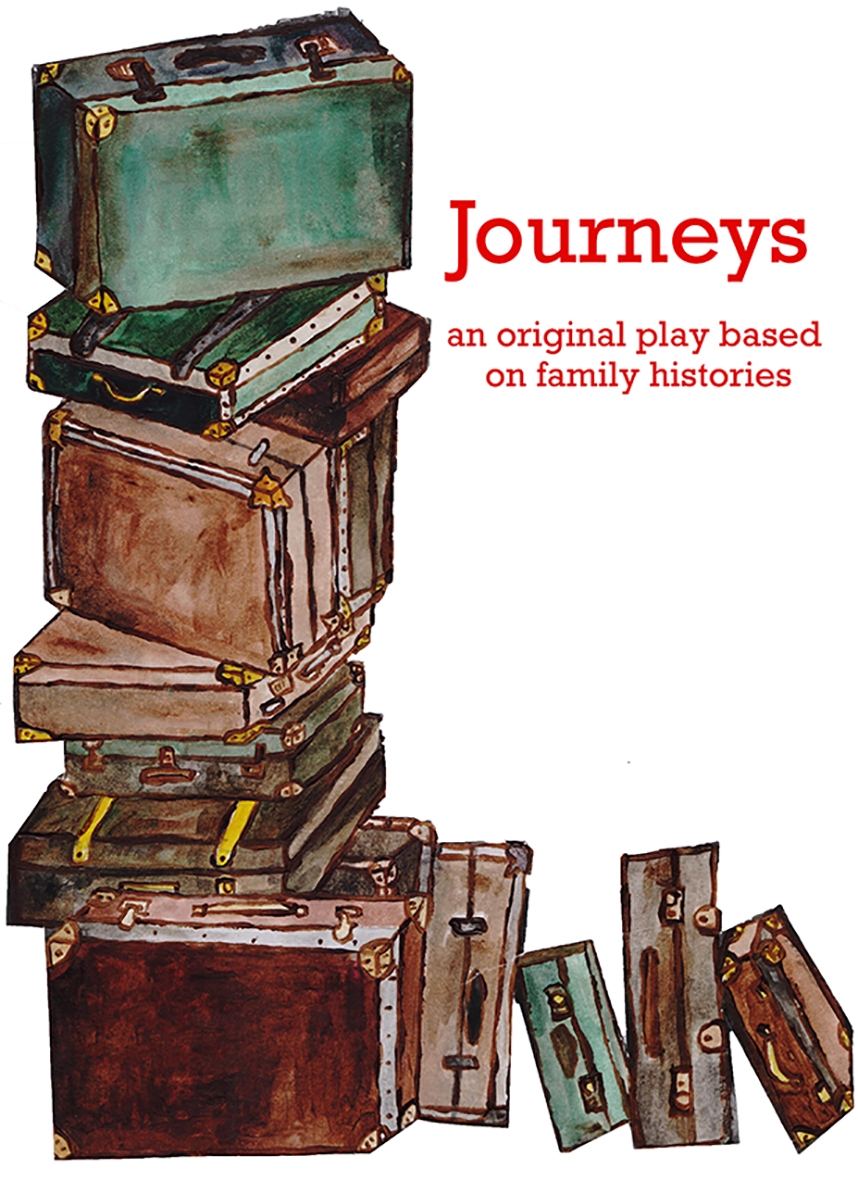 Only 10 days left of the campaign.  Please spread the word to your friends and encourage more people to donate! And here are more video vignettes made by kids in the show PLUS a special message from Story Theatre co-founder Jay DeYonker ! The Story of Valentin  (told by Caroline and Laura) …

Seel video vignettes made by kids in the show!  What was it like to be in Journeys? Johana Trejtnar (Phebe Flarty) Oliver and Dominika Dubsky (Robert Dubsky)       Thanks to our generous donors, we have already reached our fundraising goal.   Still the campaign is…