Helios is about Czech mathematician Miloslav Druckmüller whose photographs of the solar eclipses provided the scientific community with new discoveries which catalyzed a renewed interest in the study of the solar corona. Support making of the doc film!

Miloslav Druckmüller is a university professor (VUT Brno), mathematician, astronomer, lover of mountains, and collector of cactuses. His passion for photography, along with his enthusiasm for solving mathematical problems, led him to the issue of photographing a solar eclipse. The question was: How can a photographic image realistically capture what we see with the human eye during an eclipse? After several years of work, he managed to solve this problem, and produce the very first extraordinarily detailed photographic image of the solar corona during an eclipse. This photograph surpassed all previous attempts, and provided science with a completely new view of the Sun.

When we first saw the photographs of the solar corona and video from the SDO space probe, processed by Professor Druckmüller, we were immediately fascinated. The images have incredible power. They captivate and intrigue you, whether you are interested in astronomy and physics, or not. Quite apart from their scientific value, they show the extraordinary beauty and appeal of the Sun, which remain largely hidden from us. The images give you the natural desire to find out what you are actually looking at. You can't help but be amazed, want to ask questions, find out… 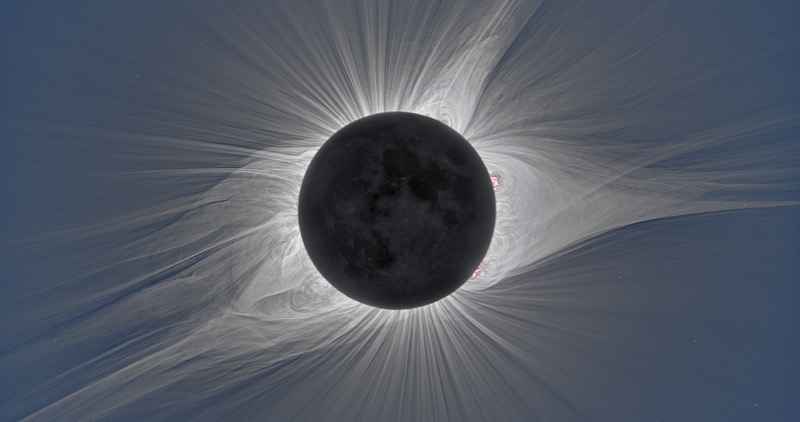 Our aim, through our documentary film, is to introduce the general public to the inspirational enthusiasm of Prof. Miloslav Druckmüller, who has fundamentally contributed to renewal of international scientific interest in observation of total solar eclipses as a means of studying the solar corona. We also want to show how Czech science is working at a worldwide level, and that we can be really proud of our scientists. We would be really pleased if our documentary could be shown in schools.

The documentary film Helios gives us a chance to find out about the extraordinary personal quest of Prof. Druckmüller for photographs of the solar corona, which have astonished the scientific community and captivated the public. His detailed images show structure and activity, within the corona, of which scientists had no idea. The photographs have been published in the prestigious science magazines Nature and Astronomical Journal.

None of this would probably ever have happened, if it had not been for the international theft of one of his images. The subsequent detective story, during which he had to prove his authorship, brought Prof. Druckmüller together with renowned solar physicist Prof. Shadia Habbal from Hawaii University. Another funny story brought him into cooperation with the NASA space agency, who initially suspected him of being a hacker.

We were given exclusive permission to film during the scientific expedition to study the solar eclipse in Oregon, USA in 2017. Besides the scientists, we were also able to capture the atmosphere of a million visitors, who had come from all around the world to witness this thrilling natural spectacle.

Why is it important to study the Sun?

The Sun is a phenomenon that has fascinated and provoked human thought since time immemorial. Its power projects not only into legend and art, but also into thousands of stories of people who are inspired with the desire to learn about the world. Most forms of energy that we use (electricity, fuel, food) represent a transformation of the Sun´s energy. Phenomena taking place in the solar corona have a fundamental influence on everyday life on Earth. The Sun is not only a giver of life, but also represents a potential threat to a modern society dependent on technology. That's why great attention is given to studying the Sun nowadays. 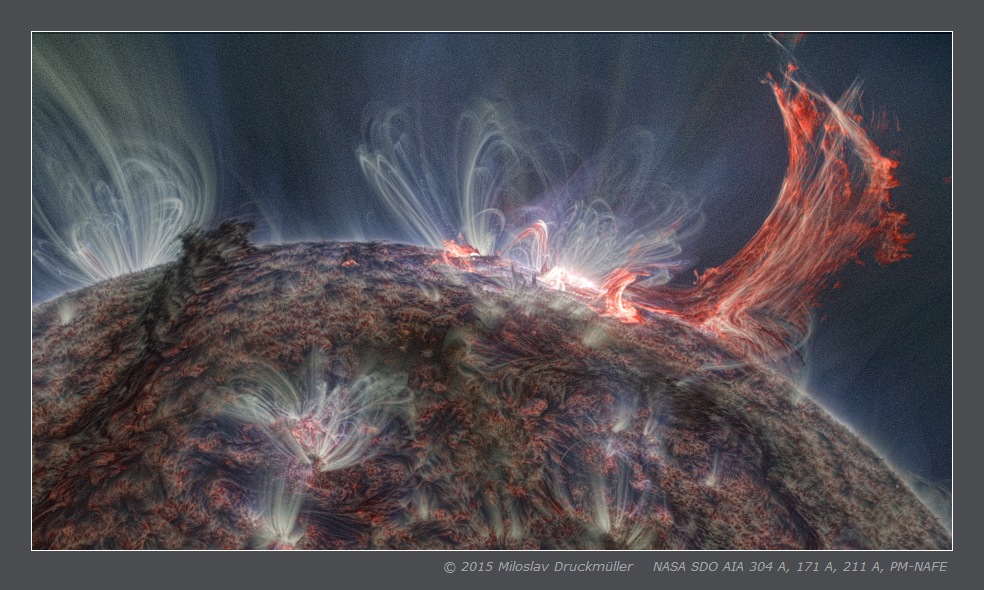 The documentary also contains unique material from Prof. Druckmüller´s personal archive, which is previously unseen by the public. We give answers to basic questions, such as: What is the solar corona? and What can we actually see in the photographs? We also reveal some of the burning issues relating to the corona, and we take a look at the present situation in scientific solar observation.

We are a group of film-makers who, under the title of production company cine4net, s.r.o., devote our efforts to making documentary films (short and feature-length) focusing on cultural promotion and education. In all our projects we work closely with experts in the given field in order to ensure quality of film content. We take pleasure in finding attractive ways to present a theme. We have already completed, for example, an internet series on monuments, PamátkyDnes, a feature-length documentary about architect Jano Koehler, and videos for exhibitions at the National Museum. Our projects have won prizes three times, being awarded the Olomouc Region prize for contribution to the field of film, television and theatre. We have also won the main prize in the MusaionFilm international museum film festival.

We believe that popularising science, technology and history is something that has profound purpose. Due to its nature, our documentary film is a financially demanding project to complete. The first part, filmed in America, was made possible due to the kind financial support of Mr. Karel Janeček and the Neuron Fund. The rest of the money came “out of our own pocket,” simply because we believe in the project. We have also had financial support from VUT University in Brno, where we gained the patronage of the Deacon.

At present, we are working on/in co-production, which should bring the film to the widest possible audience here in the Czech Republic. We presented the project at the camp4science within the AFO festival. The film has attracted the interest of an international distributor. Despite all this, we still lack a part of the necessary funding, and so we decided to try to obtain this through HitHit.

We intend to use the money to complete filming in Slovakia, Germany and France, followed by sound and image post-production.

This sum will enable us to complete filming in the Czech Republic (illustrational shots) and in Slovakia (the observatory on Lomnický Štít and its coronagraph).

Filming in France and Germany – we will go with Prof. Druckmüller to the private observatory of Peter Aniol, one of the main characters in the film. We will also visit him at his company, where he produces the finest quality telescopes for observatories such as Paranal in Chile. We will also have an original soundtrack!

Now we can finish the sound and image post-production, including animation. We're in the final straight!