We have looked after the puppets created by our famous ancestor, but we don't have the means to repair all of them. With your help, we want to restore the puppets from A Midsummer Night's Dream and to display them at the largest exhibition of Jiří Trnka.

Between 1946 and 1965, Jiří Trnka worked on 16 films for which he designed or produced more than 130 film puppets. In the decades since, many of them were irretrievably lost, others are lying in dusty boxes in depositories hidden from the eyes of the public, and those that were eventually found and saved are often in such bad condition that they cannot be displayed. The production of film puppets is very demanding, requiring special materials that can meet the challenging requirements of filmmaking. But it is not possible to preserve them permanently. The original polymetal skeletons of the puppets corrode, the leather elements lose their elasticity, the fabrics deteriorate, the glue decomposes, and the painting from the faces of the puppets is lost. The condition of some of the puppets therefore cannot be classified other than as critical. 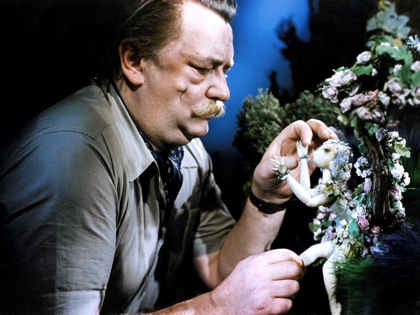 The son and grandson of Jiří Trnka

We are aware of the duty we have to our famous ancestor and his work. We therefore continually look after the puppets, buy more from private collectors, and have them restored as far as our financial means allow. Only thanks to these efforts were the visitors of the successful Pilsen 2015 exhibition able to see the original puppets from the films of Jiří Trnka. However, we do not have the ability and financial means to repair all of the puppets. The restoration work is costly and, taking into account all of the technological demands, also time-consuming. We therefore appeal to the cooperation of state and private entities, and thanks to this campaign, also the wider public. 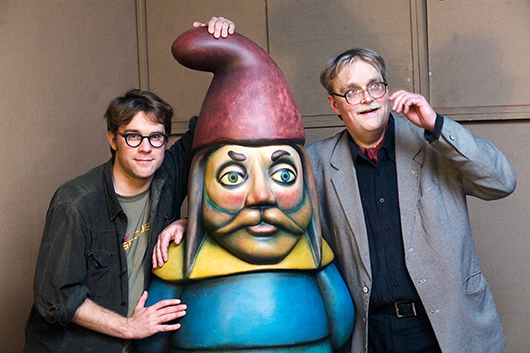 We are returning the puppets to the public

For the crowdfunding campaign, we have chosen 10 puppets from the film A Midsummer Night's Dream which we want to restore and return to the public by means of planned exhibitions. In October 2019, we will open the largest retrospective exhibition for the 50th anniversary of the death of Jiří Trnka in the GASK Gallery in Kutná Hora, where we will display the restored puppets for the first time. Other exhibitions will follow.

We also want to present the restored puppets to people who don't see the exhibition. Modern technology offers many ways of doing this. We will transfer the puppets into 3D form, creating digital models that will never succumb to the ravages of time. In addition, it will be possible to easily exhibit them and screen them abroad, place them on the internet, etc. The next step is to create a short virtual reality documentary video. In addition to presenting 3D models of the film puppets, this more or less interactive video should also present scenes from the original film A Midsummer Night's Dream in which the puppets were featured, their damaged condition, subsequent restoration and resulting condition.

How are we working with Jiří Trnka's legacy for the long term?

In 2015, we used materials from the family archive and under the name Trnka's Garden 2 created a unique interactive project combining elements of an exhibition, theatre performance and animated film, which was part of the celebrations of the city of Pilsen upon being named European Capital of Culture. Trnka's Garden is playful and interactive, and brings together young and older viewers. We presented it in several Czech cities, always attracting around 20,000 viewers in each.

Restoring the work of Jiří Trnka is too much for our family alone. We therefore decided to bring the puppet restoration project to the public and offer you gifts thematically connected with this artist in the lead up to the Christmas season. By purchasing them, you will save more than just the puppets. Together we can preserve the child's joy in each of us for future generations.

In total there are 20 puppets from the film A Midsummer Night's Dream to be restored, but our target amount for the campaign has been set at only half of them. If you work together with us we can save still many more.