Eurythmic group Flow is getting ready to go on tour with a new stage program based on the music by Peteris Vasks and fairytale by Bozena Nemcova. Be part of this unique project, the aim of which is to bring into the world yet so little known art eurythmy!

How it all began:

We know from our experience, that in the Czech Republic eurythmy has been received with openness not only at Waldorf schools, but also by audiences of these performances. During our studies our class has acquired an unusually close relationship to eurythmy: we participated in the International Festival of Eurythmy in Witten-Annen, Germany through our own initiative three times; each time with a rich and demanding program to which we contributed our own literary and musical creation. All of our performances were immensely succesful. In the 12th class, we proposed to introduce eurythmy as a graduation subject, which succeeded, and a year later twelve students from our class graduated in their final examinations from eurythmy.

After finishing our studies at the lyceum each of us went our own way, but our connection with eurythmy has survived. Twelve of us have formed a eurythmic group, which since September 2014 has met once a week and rehearsed the children’s fairytale, ‘‘O Slunečníku, Měsíčníku a Větrníku‘‘ by Božena Němcová. We performed this fairytale in Waldorf schools and theatres both in the Czech Republik and in Slovakia.

In the fall of 2014, two students from our group expressed their wish to pursue eurythmy intensively and to penetrate more deeply into it. The idea of this art project crystallized from that impulse. We approached Barbora Forbaková, our ex-teacher of eurythmy from the Waldorf Lyceum, and Daniel Müller-Goldegg, a freelance artist from Stuttgart who works in the field of eurythmy and who has cooperated with our school in Prague for a few years with the question of how to realise and grasp this project.

In August of last year we resolved with enthusiasm, that we would jump into the project… 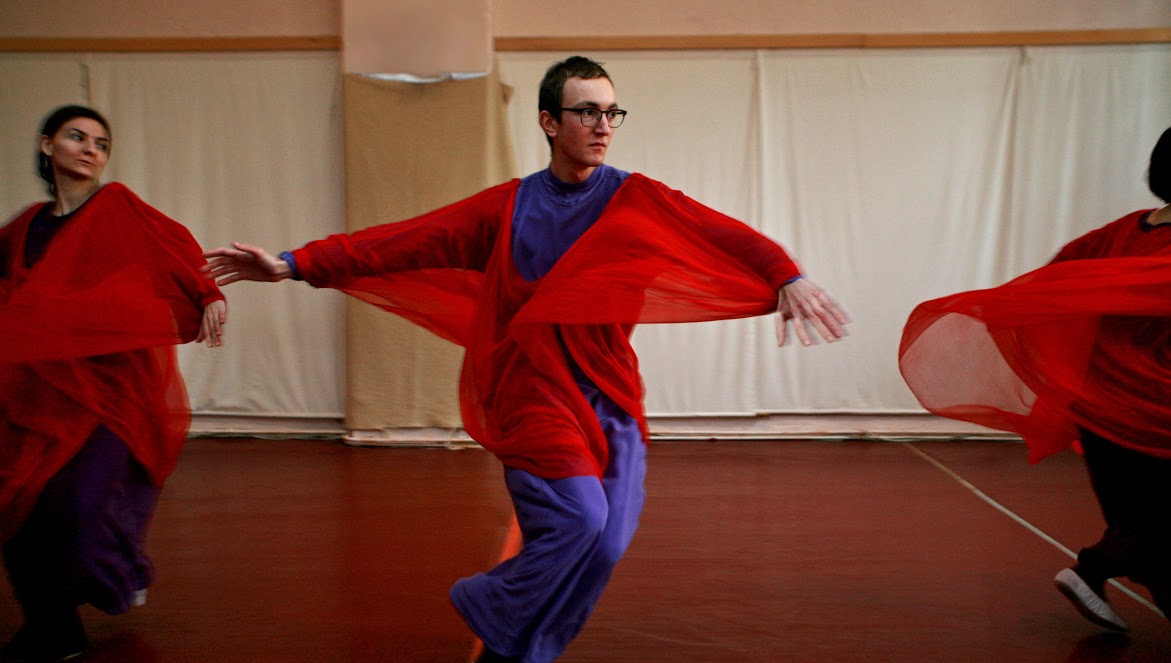 Eurythmy was brought into the world at the beginning of the 20th century by Rudolf Steiner as a new art form to serve as a medium to reveal the human heart. Eurythmy first began working with spoken word, and later on, with music. The eurythmist learns how to listen deeply to music and speech for that which is invisible, but audible, and give it form through the body and movement, especially by hand and arm. The eurythmist makes spoken word and music visible .

What will be the outcome: 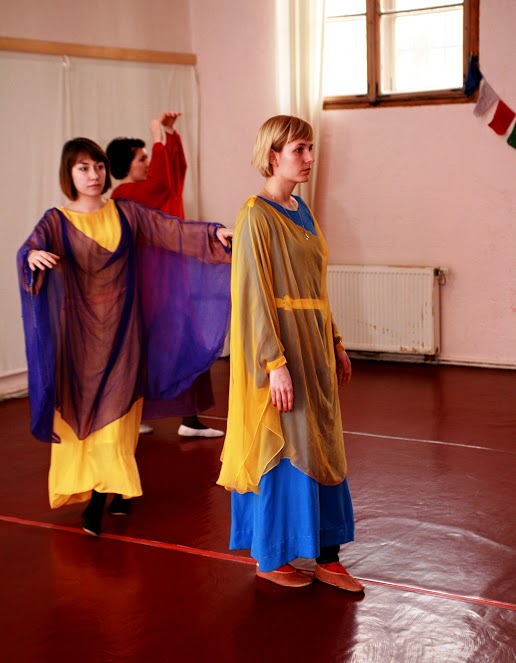 Our goal is to rehearse a performance which will open up eurythmy to a wider audience and inspire both young and adults to engage in eurythy itself, or any act of creation. Thus an audience will be able to meet with art, which has not been yet too familiar. Our experience has taught us that eurythmy can not only develop movement abilities, deepen a sense for music and speech and develop the human personality, but it can also create a solid community, bring people closer, teach us how to work together and learn to communicate with others on a deeper level. We believe that eurythmy can bring to the modern world an impulse to rediscover these values which are now slowly but surely dissappearing.

The result of this will be two performances – the first one for young and adult audience based on the musical piece Episodi e Canto Perpetuo (1985) by the contemporary Latvian composer Peteris Vasks and authorial text composed to this music in Czech and German language; the second one for children audience –  fairytale ‘‘About the Sun Man, the Moon Man and the Wind Man ‘‘ by Bozena Nemcova in German language. With this program we are going on tour in June 2016 throughout the Czech Republic, Slovakia and Germany. We will perform our program not only at the Waldorf Schools, but will also present it to the general public outside of educational institutions.

Why are we appealing to HITHIT:

Our work is in full swing. But in order to succesfully finish the project, we still need to get money for our final tour. We have to arrange transportation, meals, performance space rental and technical equipment, let sew costumes for us, pay our musicians and produce lot of invitations and leaflets to get as many people to our performances. Do not hesitate to support us - in return you have to choose some great rewards! 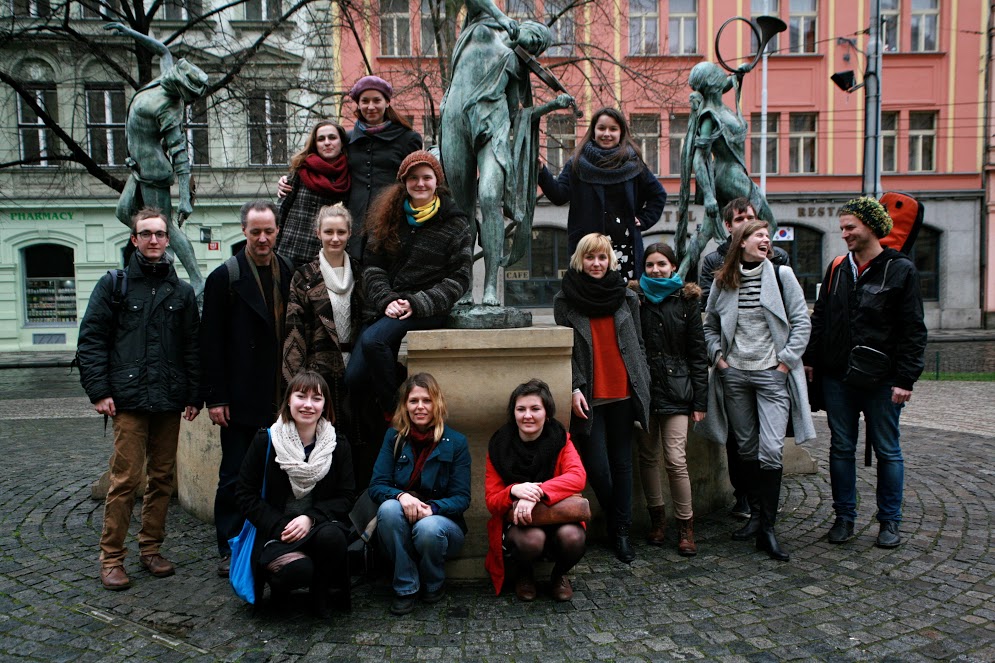 The whole weekend we worked hard on our program. For the second time we trained with our trio.   Anthea and Hermione Beck visited us from Germany and they help us with musical composition and text. Check out some photos from our practice on our website: http://skupina-flow.cz/vikendove-cviceni/

After five days we collected over 35,000 CZK. We are very grateful for that! Check out our first manufacturing rewards, which are felted earrings and necklaces.