Become a part of the story of a new dark action-adventure game with fantasy elements, set in real medieval Europe. You can pre-order the game to support the author, as well as to get exclusive early access to the demo, alpha and beta versions of the game.

Europe is in the middle of religious upheaval and many preachers predict that the end of the world is near. The year is 1428 and the Hussites have just set out on their Silesian campaign. These heretics appear to be the biggest threat in the kingless country. But true evil of a completely different kind is lurking nearby, and it does not intend to engage in religious disputes.

The story is told from the point of view of the two main characters. Hynek, a grumpy Hussite hetman who doesn't hesitate to swear or mess around with anything, and Lothar, a Hospitaller knight, a man of good education and manners who stands alongside his brethren in the front line of the Silesian defense. Each has their own motivations and views of the world around them, different equipment, and abilities. Their fates will soon become intertwined. Will they face one another, weapon in hand, or forge a fragile alliance to stand shoulder to shoulder against a far worse enemy?

The game is linear and takes place during the entire Hussite campaign into Silesia. It will be divided into thirteen chapters, with which you will be able to spend 20-30 hours of playtime.

The idea for the game started a long time ago, even before the first modern "Hussite" game - Kingdom Come: Deliverance - was released. But as it often happens, it's changed a lot. There was definitely the story and inspiration at the beginning. This became naturally and gradually expanded with the gameplay - i.e., slower exploration, puzzles, fewer fights, and a darker atmosphere.

I'm a fan of history and the Hussite period, but it wasn't until Andrzej Sapkowski's Hussite trilogy and the Game of Thrones series that I found a big inspiration. Both have greatly influenced my idea of what a game should be and that a realistic historical setting doesn't have to conflict with a fantasy story. A hack'n'slash RPG like Diablo may not be my cup of tea, but I loved the atmosphere it had. The first Fallout and similar games with isometric graphics, or the Broken Sword series of adventure games, rounded out the game to its current form. It all fit together and created a somewhat unusual mix.

A playable prototype saw the light of day in September 2019. Before I started full development, I wanted to test the concept to see if I was getting it right and if it was even fun. About thirty people participated in the closed test at the time, and their feedback made me very happy. It was overwhelmingly positive. They all wanted to know what would come next and how it would all unfold further.

In February 2020, I introduced the game publicly for the first time with a short teaser trailer. Thanks to the great interest of (mainly) Czech game journalists, almost ten thousand people watched it, and thousands more watched the gameplay cut or the one with Czech dubbing.

As the development continued, the game itself started to ask for what it needed and to grow. Some parts of the story that I originally planned for a few minutes are now dozens of minutes long. I'm currently estimating the final playtime to be somewhere around 20-30 hours, which is about a third longer than originally planned. But I feel that this is for the best and hopefully will make it more understandable and, above all, more fun for players. I don't want to spend just a short dialogue on some things at any cost when I see that they deserve more space.

At the moment, half of the game is done and playable. I've done everything so far in my spare time and funded it from savings. But now I need your help to bring the development to a successful conclusion. What I especially need is the independence and time to devote to the game 100%. Only thanks to you can the game be released next year and in even higher quality. In addition, you will have the exclusive opportunity to influence the final shape of the game by participating in the closed alpha and beta tests. Every feedback counts and you can help to make the game even better.

Although there is only one developer behind the whole project, it would of course be impossible to produce such a game in a reasonable time without the help of other people. The credits already contain dozens of names. There are not only external graphic designers, voice actors, translators, testers, or composers working on the game, but many others. My big thanks belong to all of them.

For more information about me, as well as an in-depth interview where I talk about the game, previous experiences, and my approach to development, please visit the Visiongame website (Czech only). The interview is also available on Spotify, or YouTube (with English subtitles):

Note: You can increase the amount at any time during the payment process to throw in a little extra.

Shipping of physical rewards within the Czech or Slovak Republic is always included in the price. DELIVERY TO OTHER COUNTRIES IS NOT POSSIBLE. 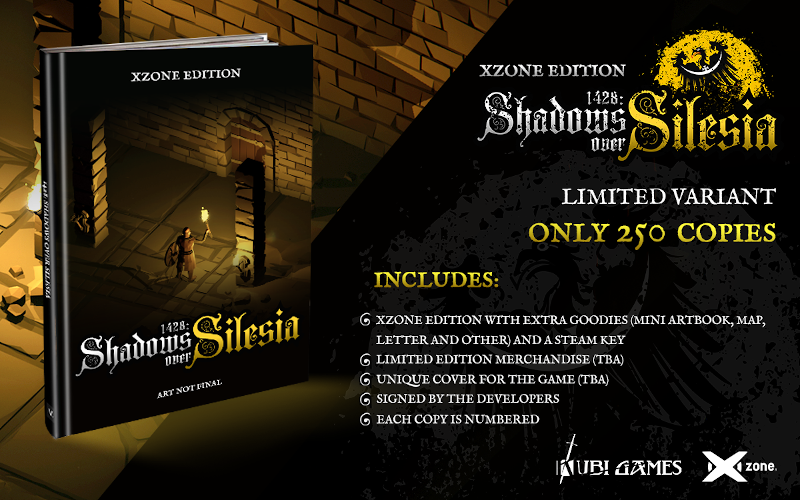 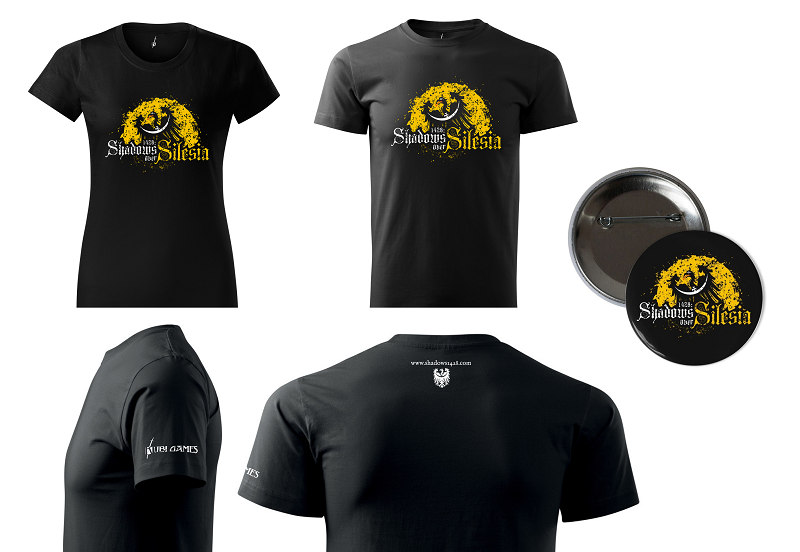 Thanks so much for your support.

Alpha is out! As of today, the first Alpha version is available to backers at the tier of Hetman and above. In agreement with you (on Discord), I've decided to release the content gradually, chapter by chapter. This way, the Alpha will start a bit earlier and new content will be added at least…

To make getting rewards as easy as possible, and also to help us fine-tune all the details, we're launching a private Backers zone on the game's website. There you can not only enter your name in the public contributor list, set up a Discord nickname for role assignment, add a t-shirt size, or an…