Back at Sandstone | Support the movie production

Help us create a unique documentary about the history of sandstone climbing. We have interviewed the founding fathers of the sport. We have found gems in the archives. We want to show everything in a feature-film that should soon be screened in cinemas.

BACK AT SANDSTONE: A hundred years of climbing in Adršpach and Saxony

Why should you support us?

We are producing a movie documentary. Our film, about 90 minutes long, will be screened in cinemas. We now invite you to watch the teaser:

By helping to fund our movie, you will allow us to share the almost forgotten stories.

We are a small movie production company from the Czech Republic. We are shooting a documentary about climbers. Heroes, who were first able to reach the world's most dangerous tops. They put their lives at risk while reaching the tops of the sandstones, both in Adršpach and Saxony, nearly a hundred years ago.

This is the unique opportunity to discover one of the places where climbing was born. It is a story of friendship, danger and the bonds that lasted despite adverse historical events, such as World War II.

We are climbers. We are filmmakers. Our cameramen are up to literally anything. This movie will be our dream fulfilled. It will connect together the two things we love the most. Our project has already caught the attention of the Czech-German fund. The fund has kindly provided some money - but the key amount is still missing. And that's why we need you.

We have already started shooting. From the material we currently have, we could edit, let's say, a five-minute movie. That's not what we want. And we can no longer force the crew to work for free - in their free time. 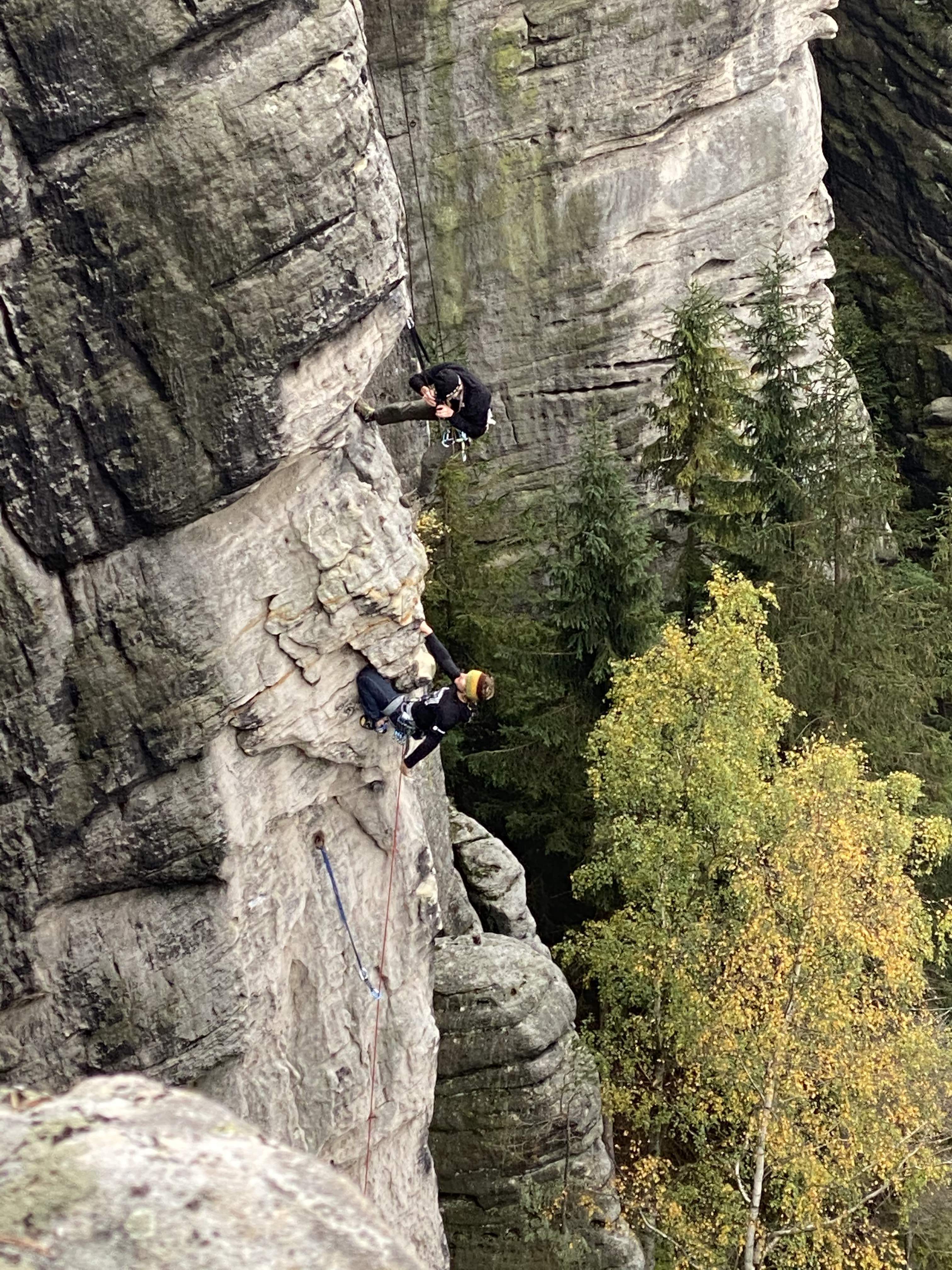 What da money for?

We would love to feed the crew…

We are a modest production. The crew consists of two cameramen, a drone pilot and an editor. But there is more we need to pay for.

To give you the exact examples: the fuel - as we travel through the whole country to the different shooting locations. The accommodation - as we need to spend more days at each location.

We have also already selected plenty of archive materials. We'd love to use them, but first, we have to pay for the permission and for the license. We have found photographs, some of them never seen before. We have searched the archives and found the rare footage of barefoot climbers conquering the sandstones. We want the world to see what we have seen, to experience the struggle and the taste of the victory, while standing at the top with these heroes.

We are also working really hard on making these photos and other archives as attractive as possible, especially by coloring and restoring the original quality. And man, it is costly.

We are producing a movie documentary that we are so passionate about. We would definitely go watch it ourselves. We want to take your breath away. It is history indeed, but we will show it to you in a very engaging way. Listen carefully:

Easter, 1923. The group of Saxon climbers first saw the monumental sandstones of Adršpach. The lead German climber fell only once before reaching the top of the King, the first sandstone ever climbed in the area. And it was still before lunch.

New routes played a huge role after World War II. Overnight, dozens of white flags appeared on tops of the sandstones. It was May 9, 1945. For the next fifteen years, the Germans were banned from climbing in Adršpach. They were not allowed to get back until 1960.

While wandering around the sandstones these days, you realize how popular the place has become. Hundreds of climbers, equipped with the latest colorful gear, are reaching the tops of the sandstones. We want to remind them how it all started.

Now, you may be familiar with Adam Ondra. Olympian, world champion. Even he is scared to climb there. We are taking him there anyway. And we need you to support us.

We aim to raise nearly a million crowns. But since we are no dreamers, we aim to reach lower amounts for the start. If we fail to collect the final million, we will have to deal with it somehow. The movie would not be as we imagine it, we would have to cut the shooting days in half and so on. We don't want to do that.

What we do want to do is exactly this:

“We stole some ropes in the basement, skipped school and headed to the rocks.” says Václav Hornych. “Climbers… they often find themselves in situations that are completely unacceptable for the majority of people,” adds one of the founding fathers of the sport. 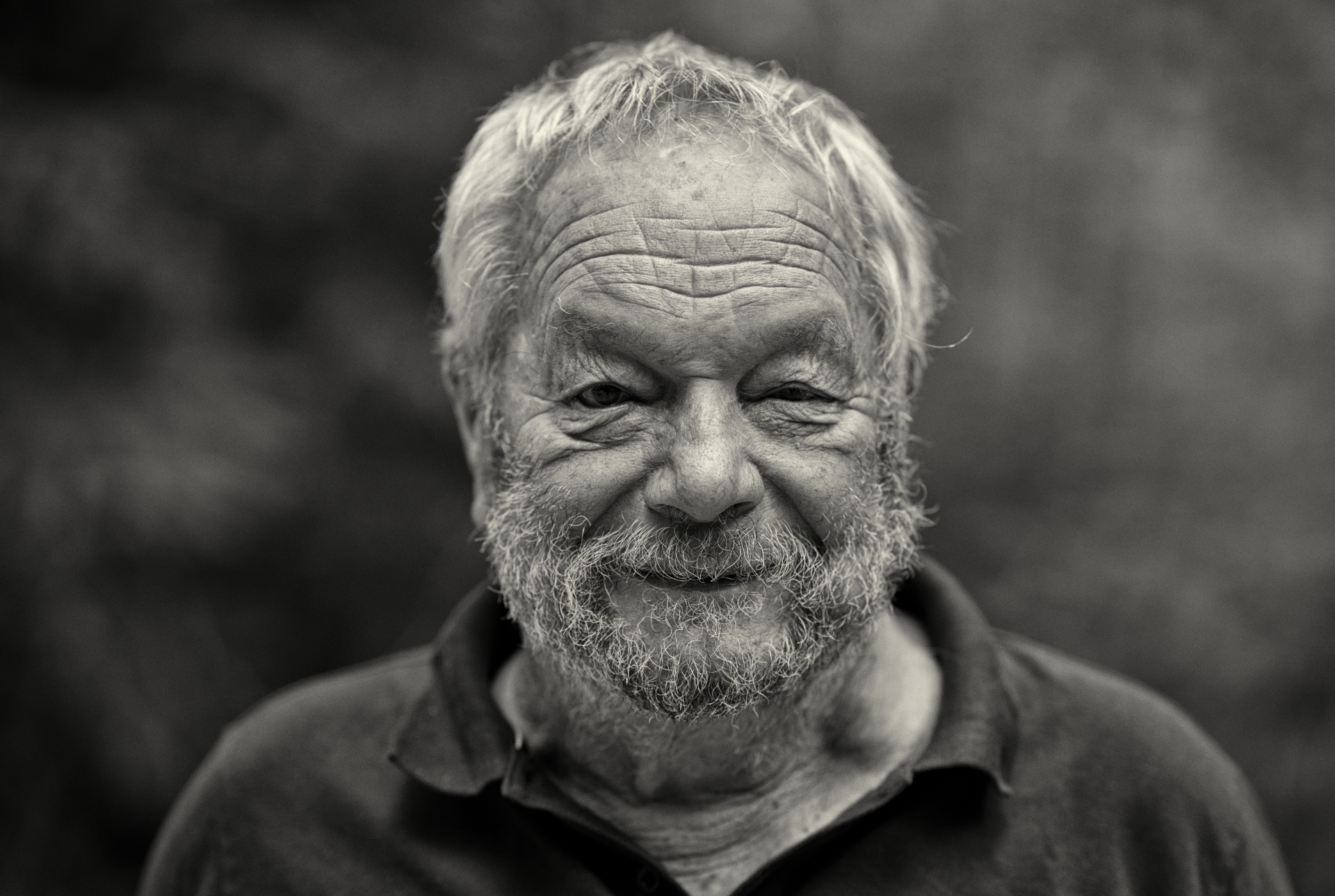 “The Parachute. That's how I named one of the rocks. I remember falling down, right into the pines. It must have been 60 feet.” Karel “Kokša” Hauschke. He gave up climbing, built a yacht with his bare hands and went to travel the world. 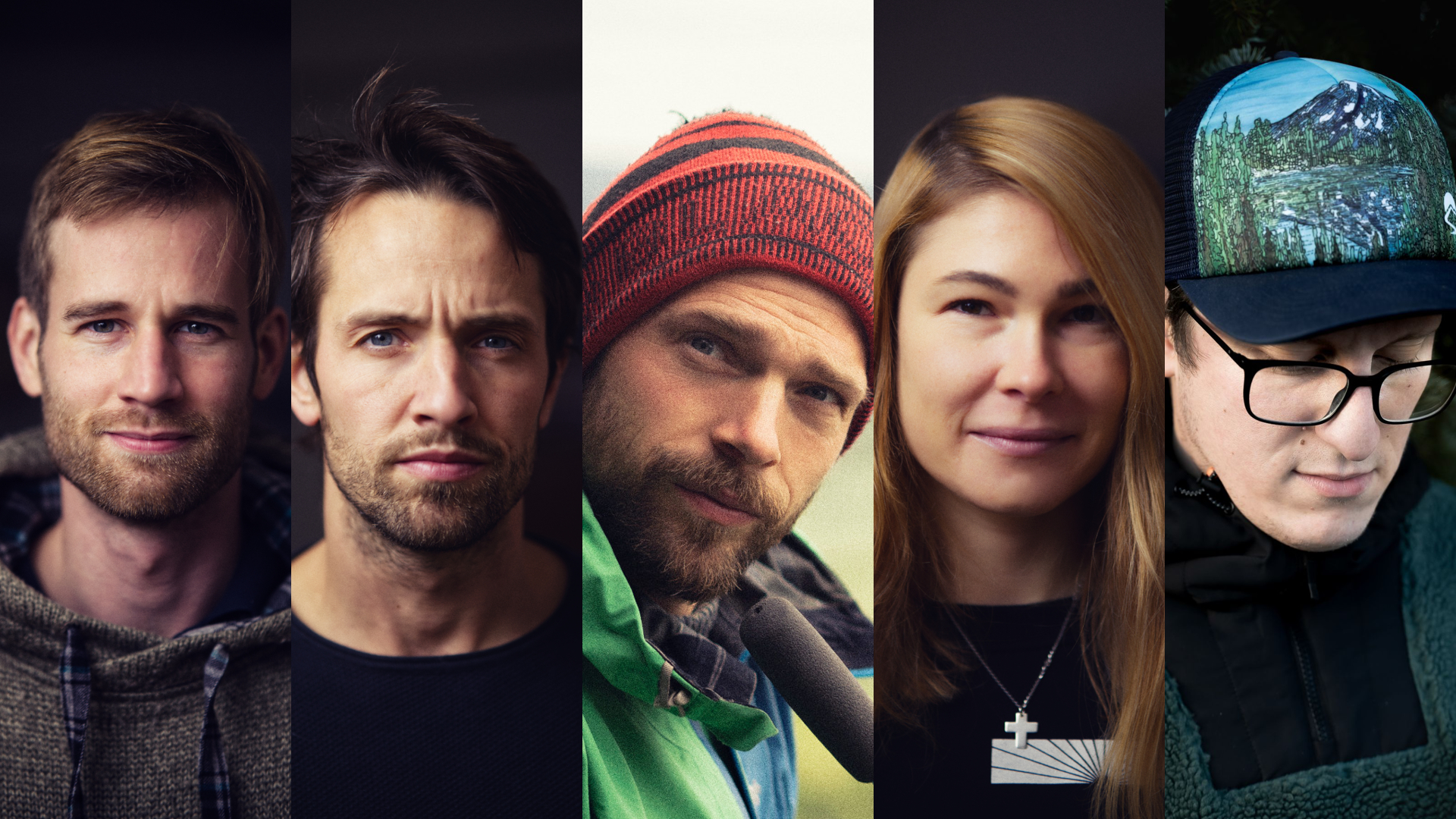 Our director and drone pilot, Vojtěch Ličko, is the head of the Tall production company. To learn more about his skills, simply watch the showreel with his drone shots. Oh, and he has climbed an 8B+/C road.

The lead cameraman, Pavel Klement, worked as the main cameraman of Adam Ondra's Road to Tokyo series. This extremely successful series counts 87 episodes and was released every single week between February 2019 and September 2020. Pavel edited some of the episodes as well. He was also one of the two cameramans of Adam Ondra's Silence movie, currently with 4,2M views.

Our second cameraman, Jan Šimánek, is the author (director, camera, editor) of multiple international award winning climbing documentaries. Among the most successful is the UFO Life documentary. Jan is currently working on a full feature documentary about Adam Ondra on the road to the Olympic Games in Tokyo - it is being produced for cinema distribution. Jan is also the author of a mini series for Black Diamond named The Balkan Notes with Adam Ondra traveling through the Balkans.

Jakub is a Supervisor of video editing in Czech TV. Recently, he has worked as the editor of an amazing wolf documentary.

Dominika works as a reporter for Czech TV, the only public channel in the Czech republic. She has recently cooperated on a production of a documentary about sailing championships.